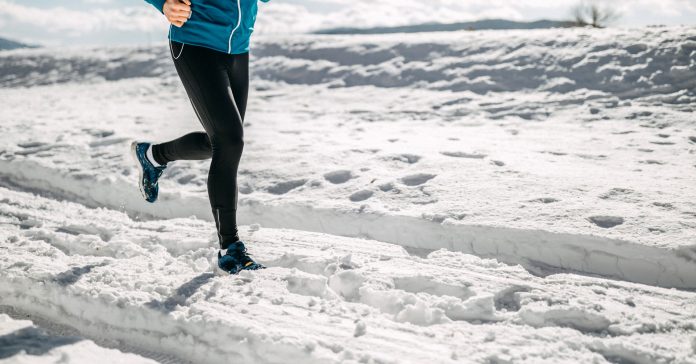 Running is a fantastic way to get exercise, that’s why more than 60 million people in the U.S. go running regularly. It helps improve cardiovascular fitness, strengthen muscles and bones, and burn calories. It’s a go-to recommendation for people looking to get fit or lose weight because it can be done almost anywhere without the need for equipment.

While it can be done almost anywhere, some areas are more runner-friendly than others. Chicago, Illinois, for example, is known to have a huge running community. This is because Chicago has several excellent running parks, including Lincoln Park, Hyde Park, and Grant Park. Parks are some of the best places to run because you don’t have to be on the lookout for cars.

Running is a form of exercise that requires a bit of training and preparation for as far as breathing, stretching, and properly hydrating. But in the midst of your conditioning, there are some dangers you should be aware of before lacing up your shoes.

Many committed runners choose to go out in all weather. While this commitment to exercise is admirable, it does create a few safety issues you should be aware of.

When running in the rain, it’s important to wear water-resistant fabric. Many runners swear that merino wool is the best option for a warm undershirt, or a pair of moisture-resistant socks to prevent blisters. You can also get waterproof shoes, though it isn’t necessary if you have high-quality socks.

Once your comfort is guaranteed, it’s time to focus on visibility. If you’re having trouble seeing in the rain, so are cars. That means that if you’re going to be near them, you should be wearing a high-visibility vest or jacket to ensure they notice you.

Another common weather issue is snow and ice. If you’re going to be running in these cold and slippery conditions, you’ll need to take special care. Your first task is making sure your shoes fit properly. The traction on the bottom of your shoe is extra important when it’s icy, as it reduces slipping around.

You also need warm socks that don’t cut off your circulation. A common mistake new winter runners make is wearing extra thick socks, but when there’s no room in the shoe to accommodate them, you end up with poor circulation.

Other than that, you just need to dress warmly and ensure you’re not overdoing it. Running on snow or ice uses different muscles, so you should cut your run in half until you’re used to it.

The last major weather condition is extreme heat. When it’s hotter out than you’re used to, it’s important to pay extra attention to remaining hydrated and stop before you feel like you need to. Heat exhaustion can come on fast, so it’s important to remain vigilant. If you feel nauseous, weak, or tired, you should stop running immediately.

Distracted Drivers: The Dangerous Potential Of Sharing The Road

The biggest danger to runners when using a road is being struck by a distracted driver. When possible, it’s preferable to run in a park, on a sidewalk, or in other areas without traffic. Unfortunately, that’s not always possible.

In many urban areas, the only feasible place to run involves being near traffic. That’s part of the reason why 80% of pedestrian fatalities occur in urban cities, like Chicago.

When you have no choice but to share space with the traffic, you should wear highly visible clothes, skip the headphones, and be extra aware of your surroundings. Drivers are mostly looking out for other cars, so it’s possible they won’t even notice you as they’re driving along.

If you need to cross a road, look both ways, use hand signals to communicate with nearby drivers, and cross as quickly as possible.

While the responsibility for looking out for pedestrians is also shared by drivers, they aren’t the ones in danger. If you’re hit by a car, you can sustain serious injuries, or even die. In the state of Illinois alone, 96% of pedestrians involved in an accident involving a vehicle are injured.

If you’re an Illinois resident and you’ve been injured due to a running incident involving a car in the last two years, you can look into a pedestrian injury lawsuit.

Your state allows you to recover damage for economic and non-economic injuries. That means any scarring, emotional stress, or pain and suffering the accident caused you can be considered by the court. They’ll also consider the cost of your medical bills and time lost from work.

Running As Female: What Women Have To Watch Out For

Female runners face extra dangers, ranging from catcalls to murder. 43% of women have experienced sexual harassment while running, and 30% have been followed while attempting to avoid these advances.

It’s important that female runners take extra precautions and don’t allow themselves to be lured into a false sense of security because they’re in a public area. 66% of women who suffer sexual abuse are in public at the time.

Extra precautions you can take include running in pairs, being aware of your surroundings, not wearing headphones when you’re alone, and taking a self-defense class or carrying a self-defense weapon, like pepper spray.

Keep these safety concerns in mind when you’re lacing up your shoes for that next run to ensure you get all of the benefits and none of the dangers.