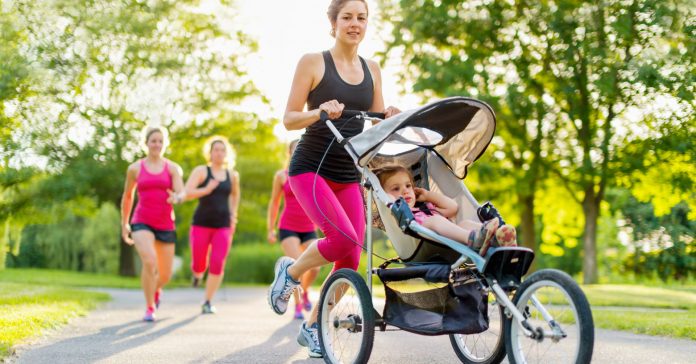 Running is one of the easiest exercises anyone can do. It costs almost nothing, yet it can burn a lot of calories in a single lap. It’s as simple as picking up the pace, yet it can strengthen your muscles and bones, especially around the legs.

But the fact that you’re reading this piece right now implies that you’re either skeptical or have no idea where to start. You probably want a closer look at how running can be a boon to overall health. After all, too much of a good thing can be harmful, and running is no exception. Here’s that closer look into this exercise to set the record straight.

No matter how fast you run or how much you weigh, running burns the most calories compared to eleven other common exercises. According to the American Council on Exercise, a 120-lb (54 kg) runner can burn an average of 11.4 calories in one minute of running. The rate increases with bodyweight; a 180-lb (82 kg) runner can burn around 17 calories per minute.

If you can’t run for sustained periods, jogging is another ideal fat burner. Even at a slower speed, a 120-lb jogger can burn 9.3 calories per minute on average, and the rate also increases with weight.

The reason for this comes down to physics, particularly turning potential into kinetic energy. Your body has to use up its fat stores to drive your legs; the faster you go, the more energy that’s needed. It also explains why you need to eat enough to be able to do a lap or two. Without enough potential energy, which is your fat reserves, there won’t be enough kinetic energy to get your legs moving.

But for the record, no one’s telling you to run non-stop (an ancient Greek messenger died this way after running for 42 km without rest). You’d want to take it easy, as slow and steady wins any race. There are exercise programs people can take advantage of to lose weight while sparing them from burnout. You can learn more here about one good example.

The legs are home to the largest and strongest muscles in the body, namely the quadriceps or quads. They have to be as they’re responsible for keeping you upright amidst Earth’s gravitational forces. But in the process, they suffer from gradual wear and tear, more so when running.

So, how can running build muscle mass when it degrades them? According to researchers from the University of New Mexico at Albuquerque, any muscle damage triggers satellite cells that initiate repair, initially by putting muscle fibers together. As these cells multiply, they add to the total muscle mass, making them thicker and more robust.

Of course, wear and tear still happen during the process, so the body must build enough muscle to offset the losses. You see athletes who do rigorous training following a carb or protein-heavy diet as these nutrients are raw materials for muscle synthesis. However, you wouldn’t want your body to spend more time eating than running, so you’ll need to eat simpler meals.

The amount of extra muscle you get from running depends on your overall regimen. If it’s part of a high-intensity training program, ten weeks into the regimen can add around 11% of muscle mass to the quads. Considering how dense leg muscles can be, this addition is enormous.

Medical marijuana has been gaining attention as of late, at least in the West. Singapore, however, still says ‘no’ to the controversial substance, even as it had seen use on an epileptic patient in 2019. The good news is that there’s no need for cannabis for your euphoric fix as running produces the same effect.

Just this February, German researchers found out that ‘runner’s high’ still happens among runners despite hindering their ability to feel joy or delight. They attribute it to the release of two essential chemicals, one of which is endocannabinoids–responds in the same way as when intaking medical marijuana. Then again, who doesn’t feel good after a good workout?

Mental health is just as critical as physical health. With this discovery, it works for people residing in places where cannabis is still illegal. Just do a lap or two to feel better.

There hasn’t been any doubt about the health benefits of running. Countless studies have deemed it a necessary exercise for people from all walks of life. But it pays to know your limits, especially if you’re starting just now. Start small and work your way up to get the best effect.