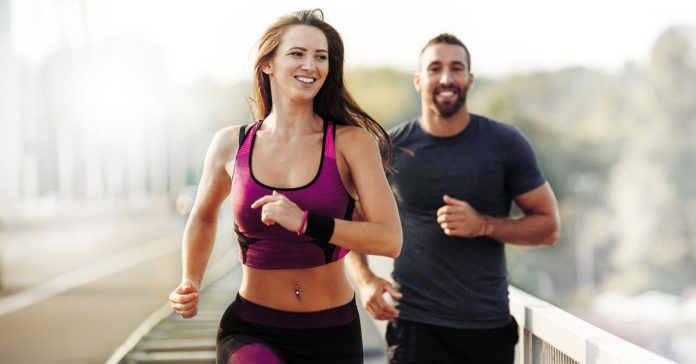 Participation in road running races in Asia has increased by 169%, reports SCMP, with some training for marathons, half-marathons, or Ironman style events. Others are signing up merely to enjoy a great day out, boost their fitness, or even shed a few unwanted pounds. Running is a great way to boost your cardiovascular fitness but it is also a powerful mental health booster. If you are curious to know why you often feel ‘on top of the world’ after a good run, read to discover the scientific reasons why.

A study by researchers at the University of California-Davis Health System has found that when you take part in vigorous exercise like running, levels of two important neurotransmitters (glutamate and CABA – which carry out chemical messaging functions in the brain) rise. As explained by lead author, Richard Maddoc, “Major depressive disorder is often characterized by depleted glutamate and GABA, which return to normal when mental health is restored.” Scientists still don’t know why athletes ‘hit a wall’ or suddenly feel too tired to go on during a workout, but they think that it is a blend of the muscles being depleted of oxygen, and the brain having reached its limit.

Emerging data shows that many Asians are battling stress, with employees working significantly longer hours than their counterparts in the UK and Australia. Chronic stress can lead to a host of physical and mental conditions – including obesity, Type 2 diabetes, and anxiety. It can also cause bruxism (grinding of the teeth and clenching of the jaw) at nighttime. Those who have bruxism can wake up with painful, tight muscles. Exercises can soothe jaw pain but stress should also be tackled at a deeper level, through sports such as running and mindfulness-based practices such as meditation, nature walks, yoga, and Tai Chi.

Running vs Stress and Anxiety

Running can help the brain buffer the effects of chronic stress. In particular, scientists at Brigham Young University showed that running can help eliminate the negative effects that stress can have on memory. Prolonged stress weakens the connections between neurons over the time and this process, when prolonged, can affect the memory. The study showed that when stress and running co-existed, the strength of these key brain connections is maintained. As pointed out by lead author, Jeff Edwards, “The ideal situation for improving learning and memory would be to experience no stress and to exercise… we can’t always control stress in our lives, but we can control how much we exercise.”

Running can Help You Stave off Depression

In a recent University College of London study on the link between sedentary lifestyle and depression, findings showed that engaging in moderate-to-intense physical activity – such as going for a run or a cycling ride – resulted in poorer depressive symptoms in adolescents. These symptoms (including mood issues and poor concentration) were significantly higher in teens who did not exercise. Every additional hour of physical activity per day lowered depression scores by between 7.8% to 11.1%, depending on children’s age. The older the teen, the more exercises like running were likely to lift their mood.

If you love the way running makes you feel, chances are you already know of its many mental health benefits. Running lifts your mood, helps lower the negative effects on stress, and brings you into the Great Outdoors, known itself for soothing stress. Try to run regularly to maintain all the documented benefits of this sport, and if you feel like a change, cycling will also improve your mental fitness and help you prevent anxiety and depression.