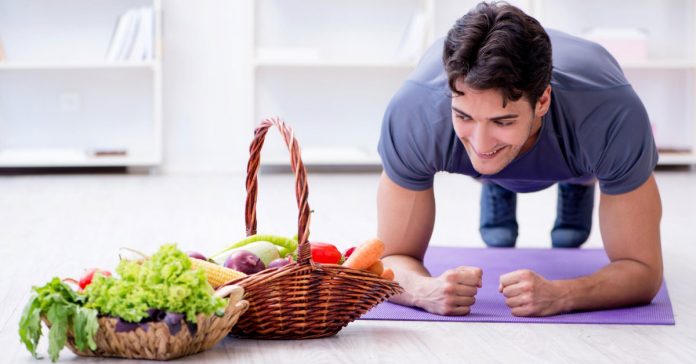 Herbal concoctions have been used for many purposes for many years now. Since many people choose to make that healthier switch to natural alternatives, over the years, the use of herbal medications has increased. These have many health effects for the body–from minor health issues and bodily maintenance purposes to even more serious concerns.

Running is a very good sport, especially when you do it regularly. It’s a very good source of cardio exercise, which keeps your heart healthy. However, it can be very strenuous and can take a toll on your body, such as muscle and joint pains.

Before you head out running, you’ll also need to give yourself that added boost in energy. For that purpose, the most common recourse is to take synthetic energy boosters. However, today, many runners are also choosing to go for more natural means through herbs. To learn more about the usage of these herbs, take a look at this wikipedia of supplements.

Here’s a list of some of the best herbs to boost a runner’s energy:

Siberian Ginseng, also known as ‘Eleuthero,’ is most commonly used by athletes who wish to boost their athletic performance. Others also use this post-running or workout to relieve fatigue and stress.

Siberian Ginseng belongs to a specific class of herbs that are referred to as ‘adaptogens.’ This means that it has a very good ability to naturally adapt to stress.

Other health benefits of Siberian Ginseng include:

In Sanskrit, Ashwagandha translates to the ‘smell of a horse.’ Ancient traditions believe that people who take this herb will have the strength and vitality of a horse. This is beneficial for many who’ve joined in the bandwagon of runners around the world.

To help sustain a person’s energy throughout the day, Ashwagandha can be taken either in powder or tablet form. Apart from giving you horse-like power, it also has other benefits such as:

Rhodiola, also known as the golden root, is a plant that originates from Siberia. As long as it’s taken within the recommended limit, this is safe to use for many health-related functions. Rhodiola has been used traditionally to improve energy and other health benefits, including:

In rare instances, possible side effects of Rhodiola can include:

Ancient traditions have seen physicians using Shilajit to improve the overall stamina, particularly of men. This effect comes in handy for runners since they need all that added boost in energy.

The most common way of using Shilajit is to take the powdered form with a glass of water before running or having a strenuous exercise.

Due to its energizing properties, Panax Ginseng is one of the most widely known and used health supplements around the world. This is because Panax Ginseng nourishes all of the depleted adrenal glands in the body. As a result, the one taking it can better cope up with both physical and mental stress. Ancient Chinese medicine also believes that Panax Ginseng has steroid-like components known as ginsenosides.

The most common use of Panax Ginseng is to boost your energy and stamina. However, it may also offer certain health benefits, such as:

Shatavari is a form of the asparagus plant, which is used as an Ayurvedic herb. This is most effective for women in improving endurance, stamina, and energy levels. Shatavari also has excellent antioxidant properties, which can reduce fatigue while boosting the immune system.

It also has a host of other benefits, particularly for females, like:

Cordyceps is an odd-looking mushroom that boosts the cells to store and release energy. It’s a kind of fungi that also grows on the larvae of insects.

When energy at the cellular level is increased, the overall mental and physical function improves as well.

Some of the most notable health benefits of Cordyceps include:

Safed Musli is a rare kind of herb found in India. It’s widely used in traditional medicine, which includes Ayurveda, homeopathy, and Unani. The secret of its ability to have all these health benefits is in the saponins found in its roots. This refers to a class of chemical compounds that are found in a wide variety of plant species.

All these said, always remember to seek medical professionals’ advice to stay safe. Whenever you’re unsure about anything, don’t hesitate to talk to a doctor. If symptoms persist, discontinue use as well.

All the herbs enumerated above are never meant to substitute any sound medical advice. When you know that taking herbal medicines is the best choice for you, follow through the list above and start shopping.