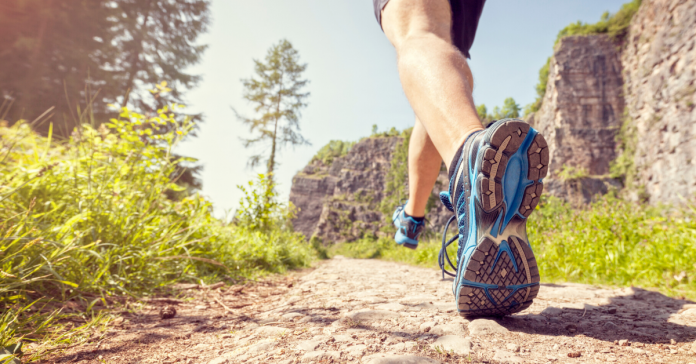 COVID-19 is a novel virus that causes dysregulation in one’s immune system, wrecking
havoc and turning one’s immune guardians against the body, resulting in a “cytokine storm”- where a deluge of inflammatory molecules are released by immune cells that damage tissues and organ systems. Hence, some individuals with underlying chronic disease (e.g. diabetes or obesity) or the elderly with a less robust immune system may succumb and develop more severe complications, such as multiple organ damage. As scientists and clinicians toil to develop effective vaccines against this pandemic, it is also empowering to realize that we can improve our own immunity and resilience against infection. One way to do this is to exercise regularly.

The Greek physician, Herodicus who lived in the 5 th century BC, advocated for regular
exercise to promote health. His ideas influenced Hippocrates, often referred to as the “Father of Medicine”, on the multiple health benefits of nutrition and exercise 1 . In the past decade, exercise scientists have discovered that skeletal muscle behaves like an endocrine organ, in that during exercise, it releases molecules to communicate and interact with other tissues in the body. Many of these molecules, called myokines (“myo” from muscle), have beneficial health outcomes, especially by dampening inflammation – a key driver in many of modern society’s chronic diseases, such as diabetes, obesity and cardiovascular disease. Regular exercise has rightfully been called “anti-inflammatory” and the movement to drive the public health message – Exercise is Medicine® (EIM) was initiated in 2007 by the American College of Sports Medicine (ACSM), a world authority on exercise, sports medicine and health, and in the past decade, EIM has become a global initiative that is embraced by many countries, including Singapore.

Obesity is a metabolic condition wherein excess lipids get stored in adipose tissue. This
accumulation of lipids results in a lipo-“toxic” environment, which causes dysfunction in the adipose cells to release pro-inflammatory molecules, many of which lead to poor control of glucose and insulin metabolism, increasing the risk for developing type 2 diabetes. Obesity is unsurprisingly, shown to present clinically as a state of “low-grade”, chronic inflammation. In fact, it was reported recently that ~72% of 775 patients admitted to intensive care units in the United Kingdom with confirmed COVID-19 infection, were overweight or obese 2. This disproportionate skewing of individuals with poor prognosis in the current pandemic suggests that people with excess body fat are more likely to develop medical complications after being infected, because of pre-existing low-grade inflammation. The high levels of inflammatory molecules dampen an obese person’s immune system, where immune cells are unable to respond effectively against viral infection.

By regular “pruning” of one’s immune system through exercise, the levels of inflammatory molecules are kept low, while at the same time, enhancing immunity against infections. Furthermore, with every session of exercise, millions of immune cells are mobilized and sent patrolling throughout the bloodstream, activated and ready to mount an attack on potential pathogens. In a 2008 3 study of nearly 25,000 Hong Kong residents who died from the A and B strains of influenza virus, scientists found that those who exercised moderately (up to 3 times per week) were less likely to succumb to influenza-related deaths, compared with people who were sedentary. Finally, being fit can also reduce adverse hospitalization outcomes – a concept known as exercise preconditioning or prehabilitation. This concept is now more readily accepted in clinical practice and in the current climate of COVID-19, drives home the message to get fit now, more than ever.

Since his junior college days, Jorming has always dabbled with exercise and fitness, and fortuitously, as his career developed, he is able to perform research on the beneficial role of exercise in health, ageing and disease. He has worked with preclinical mouse models to investigate the effects of exercise on tumour progression and inflammation, and on damage-associated molecular patterns (DAMPs) after concurrent strength and aerobic exercise in human volunteers. At the Centre for Healthy Longevity, he is leading a team to investigate molecular and physiological markers of ageing and to test novel interventions involving diet, exercise and nutraceuticals to enhance healthspan.