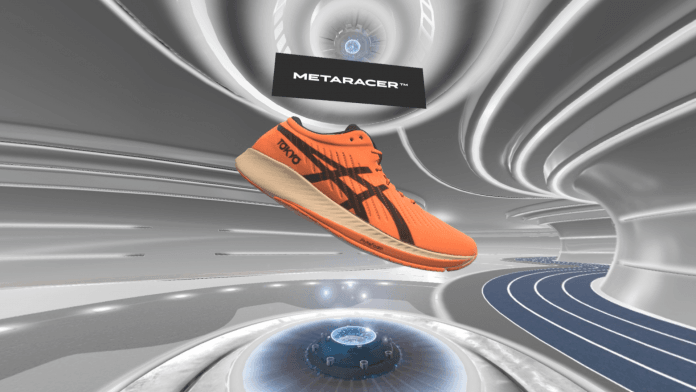 ASICS has announced 3 revolutionary new shoes to power and protect athletes – the METARACER™ advanced racing shoe for long distances, the METARISE™ volleyball shoe and the spikeless METASPRINT™ track shoe for elite sprinters. Like all ASICS innovation, they are designed to help athletes perform at their peak and protect them at the same time. Right now, the uplifting power of movement and sport is more important than ever; the World Health Organization says that physical activity is an important way for people to cope with global restrictions on movement and enforced social distance.

The three new shoes will be announced in the Sunrise Red color scheme, which is a symbol of athletes’ hope, passion and dedication and celebrates the city of Tokyo. “The three new shoes keep with the best ASICS tradition: they help athletes to perform better, but also keep them safe at the same time,” said Kenichi Harano, Executive Officer and Senior General Manager at the ASICS Institute of Sport Science. “Innovation has been at the core of the ASICS DNA since 1949, when our founder Kihachiro Onitsuka decided the power of sports could help transform the lives of children in war-torn Japan. Kihachiro Onitsuka decided that the power of sports could help children overcome the challenges and hardships after World War II.

“Ever since, whether it was an elite competition year or not, ASICS has continuously innovated to equip athletes of all abilities with the gear they need to reach their peak performance – but to do so safely. That’s the true spirit of ASICS.”

Originally planning to announce its new shoes at an ASICS Innovation Summit in Tokyo, the company has taken its shoe innovation into Virtual Reality, for ASICS’ first product preview in VR. Media, athletes and shoppers around the world can experience the three new shoes up close and personal – in the virtual innovation lab of the ASICS Institute of Sport Science. The Institute is the home of ASICS innovation in Kobe, Japan, with scientists, engineers and designers constantly working to develop technology that helps athletes to safely perform to the best of their abilities.

“We believe that now, more than ever, it’s really important to remember the positive impact of sport for individuals and society: exercise uplifts people, so they achieve a sound mind through a sound body. And what better way to showcase ASICS innovation than taking people to a virtual innovation lab that brings our technology to life,” said Yasuhito Hirota, the President & Chief Operating Officer of ASICS.

All three new shoes will be available in limited quantities from selected ASICS retail and online stores and specialist run outlets, starting with the eagerly awaited METARACER™ in Japan from April 17th and followed globally from June 26th. The METASPRINT™ will also launch globally starting from April 17th and the METARISE™ from June 12th.

We consider the health and wellbeing of our athletes, customers and staff as our top priority, and we took the decision several weeks ago to close our retail stores and offices in affected markets around the world.

Medical professionals say that in the current situation movement is very important to ensure everybody’s mental and physical wellbeing. That’s why ASICS recently opened access to the ASICS Studio™ at-home workout app for everyone for the duration of this difficult situation. We believe in the power of sport to uplift us all, and in times like this it has never been as important to help everyone achieve a sound mind in a sound body. We will continue to do all we can to help the world achieve that goal.

The METARACER™ is ASICS’ most advanced long-distance racing shoe yet, designed to help performance athletes reach their peak. It combines our revolutionary GUIDESOLE™ technology with a carbon plate to give runners more stability.

The shoe has an improved toe-spring shape that reduces the load on the calf muscle by up to 20 per cent1 for better energy efficiency. The shoe also helps athletes to stay fresh, thanks to a lightweight but supportive ENGINEERED MESH upper that keeps feet cool in hot and humid weather. ASICS scientists have found that every degree less heat in a running shoe dramatically improves an athlete’s well-being.

The FLYTEFOAM™ technology in the midsole is lightweight and gives both a softer run and improved responsiveness. The superior materials used on the sole – with ASICS grip™ and WET GRIP RUBBER™ SPONGE – enhances grip even in wet conditions.

Higher jumps, fast movement on the break and stability without power loss – these are the unique qualities of the ASICS METARISE™ volleyball shoe. Combining FLYTEFOAM™ Propel technology in the midsole with the winged midfoot support called RISETRUSS™ technology, the METARISE™ gives attacking players that bit of extra height needed for devastating spikes. The curved heel design supports smooth transition and lift off for the attack. Research at the ASICS Institute of Sport Science has shown that the METARISE™ gives players an extra 3 per cent lift for higher jumps – which for athletes can mean a difference of up to 2cm in the air.

Traditionally, sprinters have relied on spikes to gain traction. Not anymore. With the METASPRINT™, ASICS revolutionizes what a track shoe should look like, replacing the spikes with a honeycomb carbon fiber outsole that optimizes and enhances traction and delivers explosive speed with each stride. The METASPRINT™ is the ideal choice for elite and competitive sprinters. With no spikes inhibiting your stride, athletes will transfer additional power with every step and increase speed – and over short distances, every millisecond saved counts.

The shoes provide an amazing fit thanks to the STRETCH HL-O™ mesh seamless upper, which is lightweight and feels like a second skin.

The ASICS DYNAWRAP™ technology – with supportive panels that wrap from the midsole across the arch – securely locks the foot in place for increased stability.