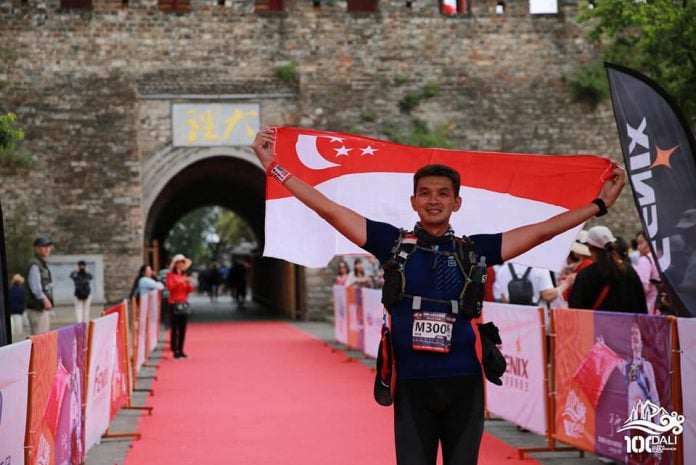 Dali, a city I have read more about in the novel; Demi-gods and Semi-devils, by the late Jin Yong then ever in my daily life. Never would I expect myself to visit this city (it really exists by the way) in person, even more so to be here for a race. But that was exactly what happened.

I was in Dali for the Dali 100 Ultra Endurance Race in May this year, taking part in the 100km category.

After a 17hrs journey comprising of 2 flights, a high-speed rail, a train and a bus, I finally arrived at this city that is already about 2000m above sea level. 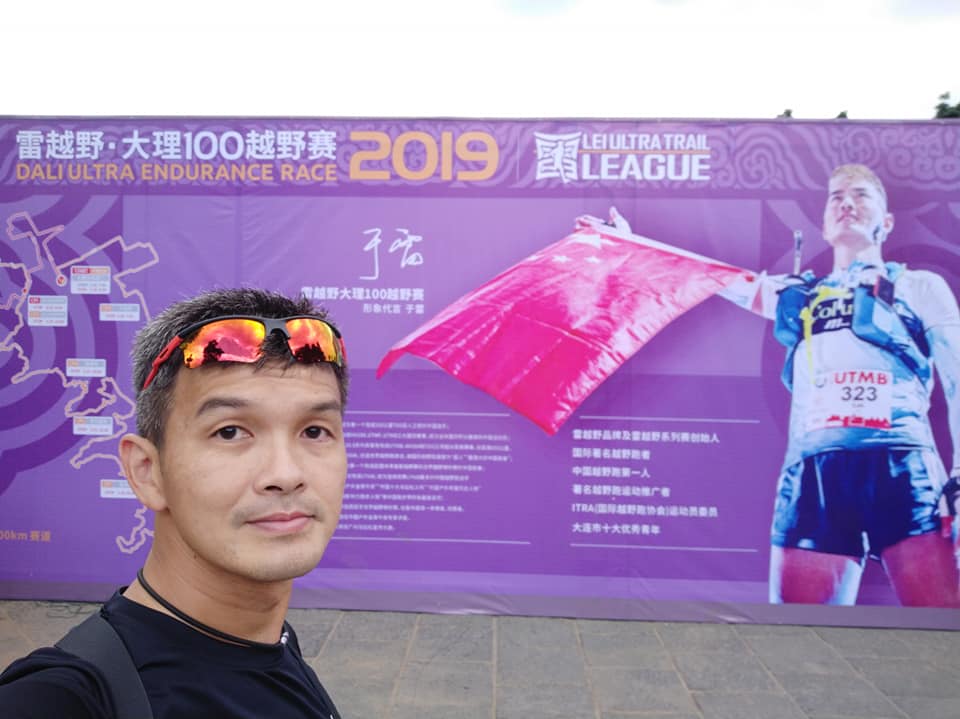 I went for a short run around this ancient city the next day morning in part to see if there will be any effect of running at such high altitude. I did feel a little laborious as I could not seem to breathe as I usually do during a run. So I could only hope the effect will not be worse than this during the race proper the next day.

Attended the race briefing shortly after collecting my race pack in the afternoon. Must say it was a very detailed briefing as they ran through with us every section from start to finishing, highlighting areas that needed special mention. I must also add that in order for us to collect our BIBs we were required to submit our medical report including an ECG. So I got all these done prior to setting off from Singapore.

Special mention here on a last minute course change that happened 3 days before the race. Due to the drier than usual climate the local city council decided to forbid anyone from going above 2600m in the famed Cang Mountain as the threat of forest fire was very real. Our original course was to have taken us up to about 4700m at the mountain top but sadly that could no longer take place. Kudos to the race director, Yu Lei and his team to immediately scout an alternate course the very next day and within 2 days a new course was set for us. So instead of scaling the mountain to the peak we now had to go up and down along the mountain ranges a few more times.

As the only Asian runner outside China to be present, I am honoured to be invited on stage for the opening ceremony together with the many Da Shens aka elites. And at 0730hrs, we were off.

Having misread the Cut Off Time (COT) for the first CP, I went out too fast. thinking I had just 1hr when I actually had 1hr 20mins.. Slowed down attempting to get back my usual rhythm but I found it hard to come by. The adrenaline rush that usually comes right after flag offs failed to appear this time and I laboured. Perhaps it was the high altitude playing its part but the show must go on. A runner I ran alongside later on told me laboured breathing is a mild sign of acute mountain sickness (AMS) and AMS was something the organisers told us to be mindful of and to stop immediately if the condition worsens. Luckily for me that was about as bad as it gets. However it was only during a close to 6km descent after CP2 that I managed to find my wind and started to manage my running better.

My target was to reach CP5, which was the 59km mark before nightfall wanting to make full use of the expected late sunset (sun set the previous day at around 2000hrs) to get ready for the steepest climb on the course in the night. And I managed to do just that reaching CP5 by 1900hrs. After a short break I set myself up for the upcoming night segment before moving out again.

The toughest section came next. There was this part of the trail going up that was bordered by some tall plants and they caved inwards from the side. The problem was they were tall but not tall ENOUGH. So I cannot walk straight as my head will bump into the plants. So for that 2km or so I had to literally hunch to pass through. As if that was not challenging enough, I was constantly slipping. Not from mud but from dried pine leaves. For some reason my shoes (megagrip notwithstanding) always slips whenever I stepped on them and they were all over the place. So I had to focus on not slipping while keeping my head low to avoid the overhanging plants. I think that took a toll on me as coupled with fatigue I lost focus for a while and took a tumble shortly after during a descent. I was not injured but I landed ‘turtle up’ and got stuck there for a while as I did not have manoeuvring space to flip myself over. When I finally managed to get up I laughed instead. Somehow I found that fall very amusing.

Knowing I have some buffer time and not wanting to risk sleep walking again though I was already out of the mountains, I decided to hunker down for some sleep at CP7. And I slept for an hour. Waking up feeling a little recharged later I moved towards the finishing now just a Half Marathon distance away.

Day broke close to 0600hrs and I had 2 bowls of delicious seaweed soup at the last CP – CP8. I did not really eat at all the CPs as I felt the need to drink more than the need to eat. So I drank a lot (they served Gatorade, 3 flavours somemore) but hardly ate. So now knowing I have more than sufficient time to finish the game (3hrs for just 10km) I decided to have the soup, served very enthusiastically by the volunteers there.

Spent the last 10km slowly admiring the farms all around me as I know I will unlikely be back at this part of the world again. And at 0800hrs, I reached the Finish CP.

This was the interesting part. The Finish CP is NOT the finishing line. It was just the point where our timing will be stopped with our official race time taken. The actual finishing line was about 300m away. Now the reason for this we were told, was for us, the runners, especially the girls, to tidy up a little, before getting a cool looking photo finish crossing the finishing line without the pressure of time. Now how cool is that? But it gets better. The race director, Yu Lei, actually waits at the finishing line whenever possible to give all finishers a ‘bridal carry’. Yes, ALL finishers; male and female, got that treatment as long as he was available there. I got to know later that that is actually his trademark and he does that at all 6 of his races.