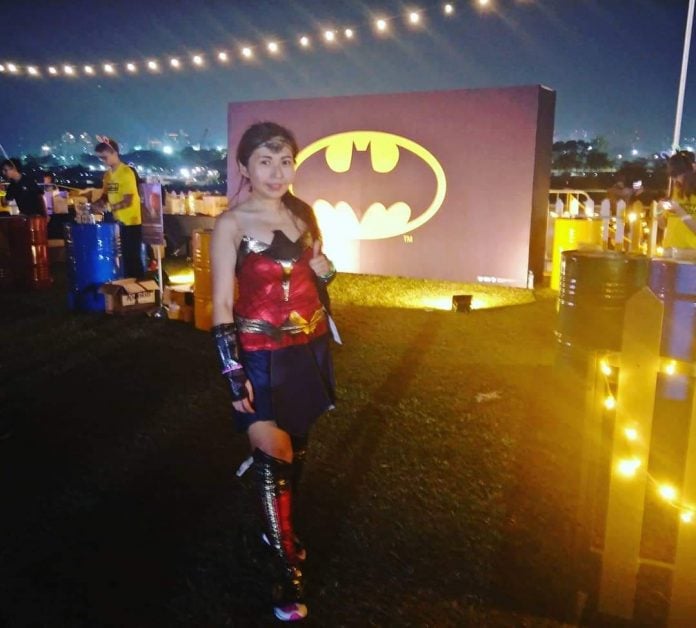 On event day morning, the moment I woke up I checked the NEA website machiam like checking 4D results except with almost heart attack. Good good, it’s in the normal range, just like my eyes agaration so I just waited patiently for the good news to be announced on their official Facebook page ❤ Heng ah, if haze situation sibeh bad, the race distance will cut short and if sibeh sibeh bad, the whole race will kena cancelled.

The event organiser is pinkapple! 😊 Even till now I felt that all pinkapple events were all very well done and no event by them have disappointed me before. ❤ There were 2 different categories of the 4km fun walk and 8km competitive run. I participated in the race as a pacer for the 8km category! I was given the opportunity to cosplay as Wonder woman at the run 😍 This is my first-time cosplaying for a run 😙 My other teammates cosplayed as Superman, Flash and Harley Quinn from the huge pool of Justice League’s Superheroes and Villain 😍 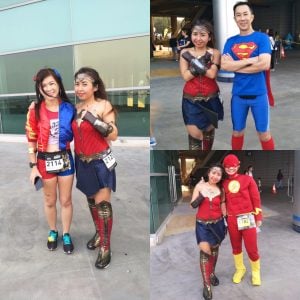 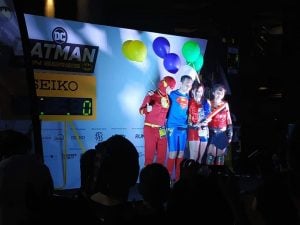 It was my first time pacing for a night run so I was pretty excited 😍 All of the pacers have two balloons each with LED lights from the beginning but some of our balloons burst even before the race starts 😆 One of the balloons I carried also burst shortly into the run. 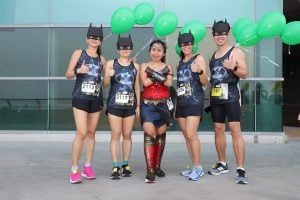 The race site was at Marina Barrage, so I met Sabrina to head to the venue together. Love it as it’s an evening race as transportations are available and I can enjoy my sleep till the sun shines until backside on a weekend morning. Wouldn’t have such luxury if it’s a morning race 😆 As we are worried there’s road block everywhere due to F1, we took the MRT to Marina South Pier and walked 1.6km to the race site. 1.6km seems like a very short distance as we are busying chatting 😊 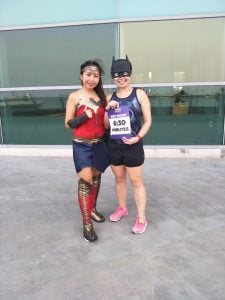 The emcee also announced that due to haze, if participants want to just collect medal without participating in the event also can. I think it’s for the people who’re very concerned of the haze or with health issues.

Flag off was on time at 7 pm for the 4km category and 7.30 pm for the 8km. And I realised that the 4km category is like a super fun category 😍 Most of the participants were in their Batman mask, the cape and wore the event tee (the participants’ entitlements that are included in the race pack) and many have light sticks with them as well. Saw several participants cosplayed as the DC characters as well, one of them who I had a deep impression and clap clap clap for the Wonder Woman as she’s actually a HE! 😆 Very effort with the wig and the short skirt and showing a lot of skin 😂 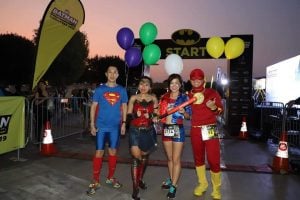 Honestly speaking, being a pacer is rather stressful as I have to keep up with the speed. I must admit that I am a very lazy person and if I too exhausted while on my run, I will walk, but this one I cannot walk 😂 Being a pacer has a responsibility, we are responsible for bringing runners who are trying to follow us and some runners are even aiming for their PBs. Along the way we also cheered for runners and encouraged them to run with us, alert them of uneven grounds and bicycles ahead etc.

Crossed the finishing line and received a cold bottle of Ribena and a Batman medal 😍 Explored around the carnival area it’s very fun and lively, after prize presentation there was a zumba session. There’s also game booths and photo booths 😍 Hope that there will be more Batman run or superheroes theme run every year. Themed runs are always more fun than normal races ❤ 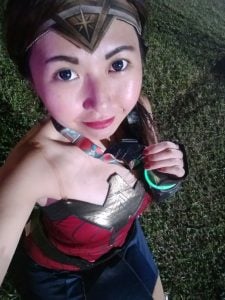 Wearing a costume for a run is actually super fun, some more I’m in Wonder Woman costume, it was quite easy to run in and I felt sibeh heroic 😂 Luckily my costume is not like Flash costume which is very thick and stuffy 😆 Can we have a Disney Princess Run? I hope there’s a Disney Princess Run soon! I want to dress up as Princess or evil stepmother also can 😆 It will definitely be fun lah! 😍 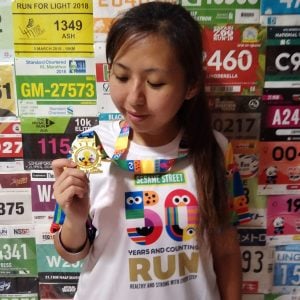