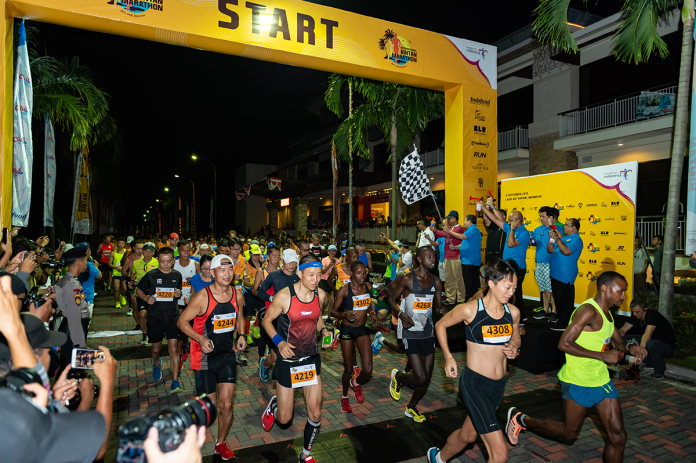 Bintan, Indonesia, 9 September 2018 – Runners from Kenya dominated the field, winning both the men’s and women’s marathon at the inaugural edition of the International Bintan Marathon. With the tagline, “Run and Discover’ and sanctioned by Indonesian Athletic Association (PASI), the event held on the picturesque island of Bintan received more than 1,000 runners from 33 countries competing in 3 race distances: marathon 42km, half-marathon 21km, and a 10km charity run.

The 42km marathon, which was flagged off by Pak Fran, Vice President Director, PT. BRC at 5.15 am at Plaza Lagoi, was the longest of the three distances. Mungathiastephen Mugambi from Kenya finished first with a time of 2:17:00.7, while Geoffrey Birgen (2:19:27.1) and Bernard Muthoni (2:22:37.9) finished second and third respectively in the men’s marathon.

“I am pleased with the win today. This is my second time running in Bintan as I took part in the Moon Run here last year. The weather and the route played a big part in my performance today and I enjoyed running the last stretch of the scenic route,” said Mugambi.

Njuguna Margaret Wangui from Kenya finished first in the women’s marathon with a time of 2:48:54.2 and was a couple of seconds ahead of second placed, Irine Jeptoo Kipchumba. Singapore’s Hu Xiuying came in third with a time of 3:23:06.4. 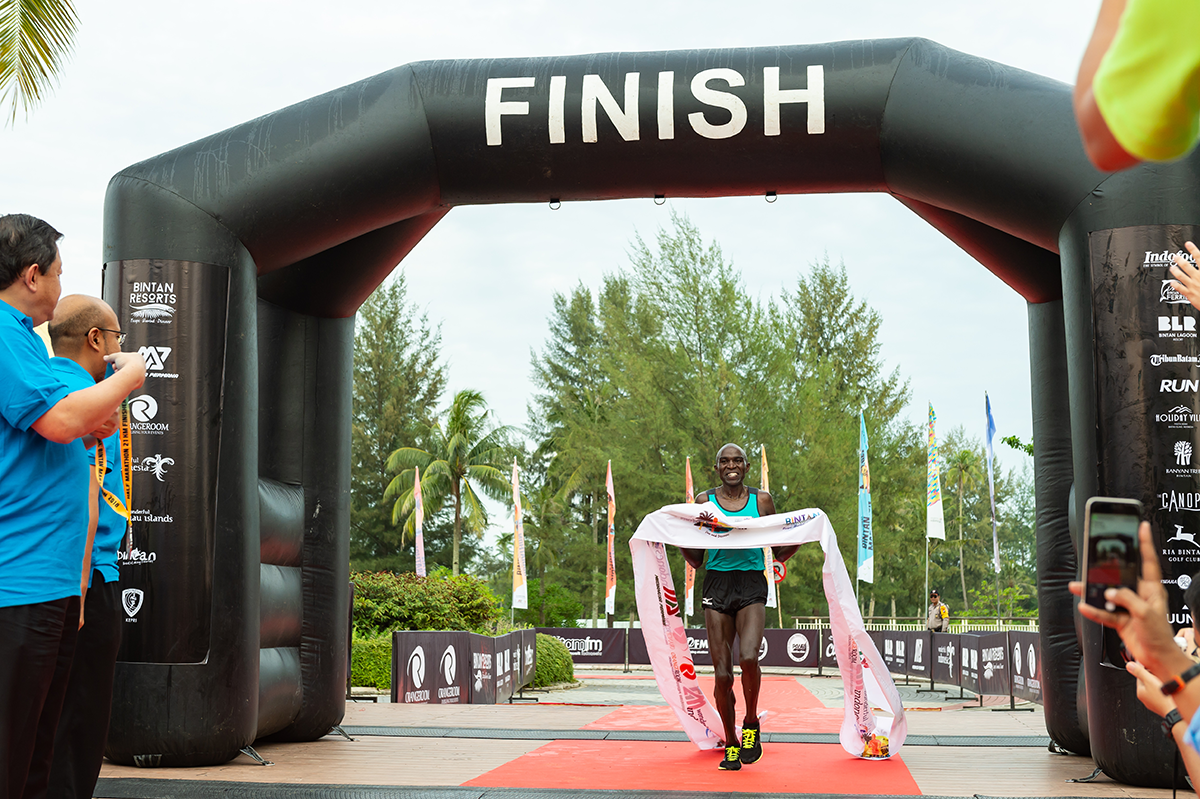 The 21km race was flagged off 20 minutes after the marathon and featured 45% of the overall number of runners. In the men’s category, Njoki Charles Munya came in first with a time of 1:08:36.0. He Xiujie was Singapore fastest runner, finishing the race fourth, with a time of 1:25:56.9.

“I am very happy with my time despite missing a podium finish. I did a personal best time two weeks ago in the Army Half-Marathon and today I went faster. Overall, I enjoyed the experience as it is different from the normal races in Singapore. This race also gives me the chance of being able to travel away to compete outside Singapore and also have a short break from work,” said Xiujie. 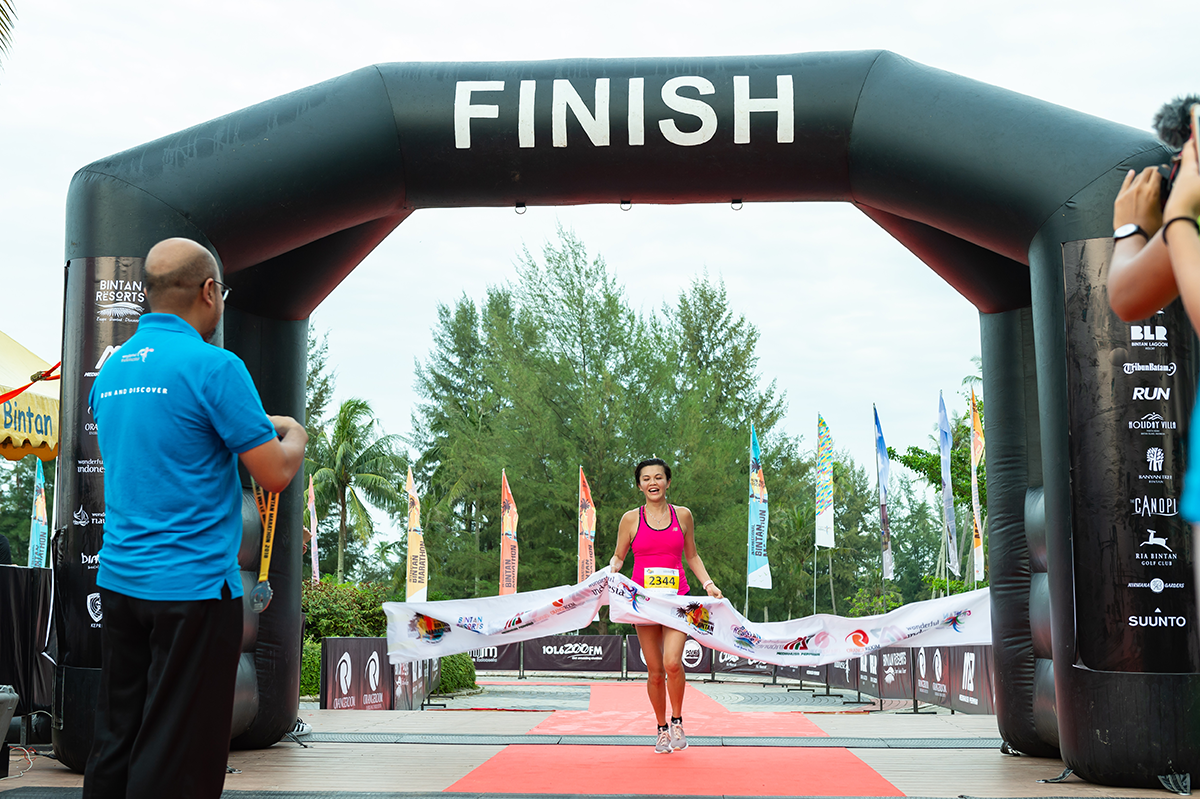 “The weather was fantastic and the route was great. I did a personal best time as well and I am definitely including International Bintan Marathon in my running calendar for next year. I foresee that there will be many more runners from Singapore for next year’s event as this is a fantastic opportunity for runners to get out of Singapore especially with the ferry ride being just one hour away,” said Jenny.

“I had an enjoyable run today. Apart from meeting runners from the other regional countries, I also took photos of the scenic route and with the people I meet during the run. Hopefully, when I share the photos on my social media accounts, there will be more people that will be interested in the future editions of the International Bintan Marathon. This event is also very well organised and there were plenty of good feedback from runners,” said Shariff.

The 10km charity race included 300 runners, beginning from the Bandar Bentan Telani Ferry Terminal. A total sum of 50 million rupiah was raised for this charity run and a cheque was presented to Hidayatulloh Bintan Orphanage.

The inaugural edition of the International Bintan Marathon was a welcome addition to the Indonesian’s island’s annual suite of world class sporting events such as Tour de Bintan, Bintan Triathlon and Ironman 70.3 Bintan. 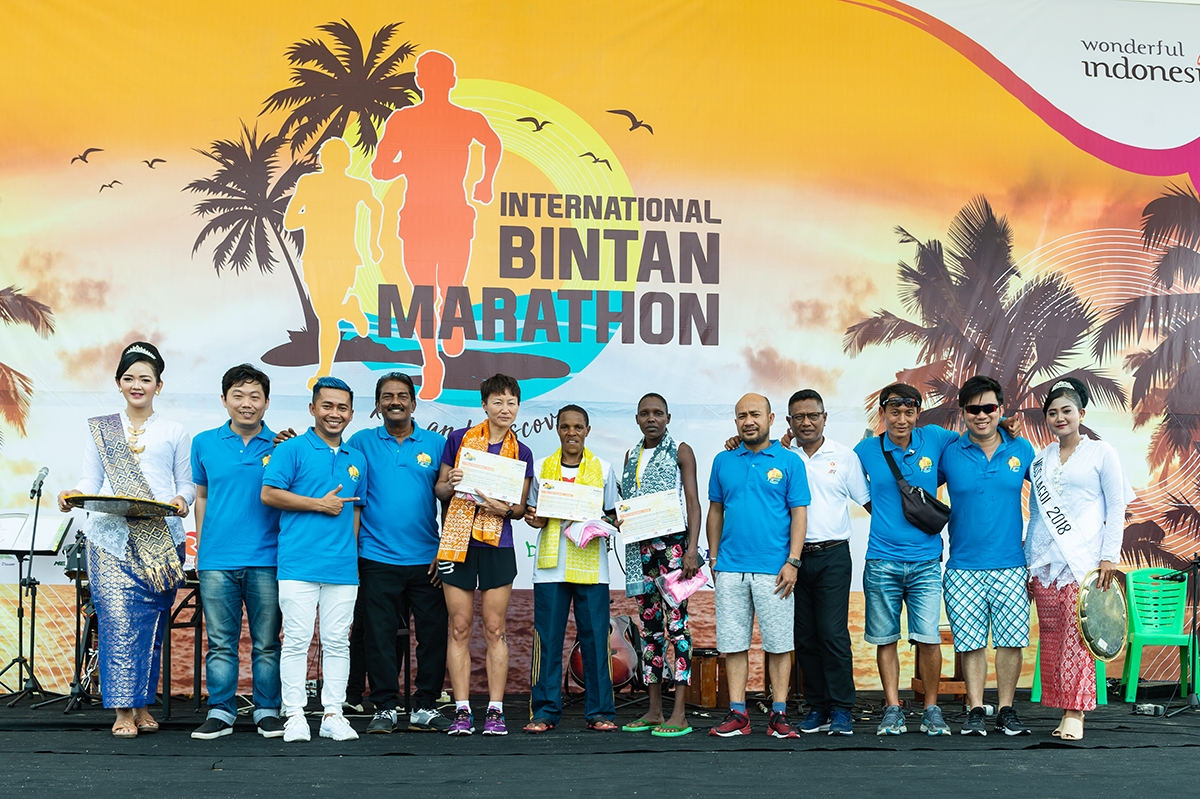 “I would like to sincerely congratulate each runner for making this year’s International Bintan Marathon one to remember, and the inclusion of more than 1,000 runners is encouraging as we look forward to make International Bintan Marathon an annual event in the Indonesian running calendar,” said PT Bintan Resort Cakrawala Group General Manager, Abdul Wahab. “We also would like to thank all our partners, sponsors, volunteers, and staff for their hard work and dedication in making this event happen as we look to achieve our mission of making Bintan a healthier and more active sporting community, as well as to increase the tourism and sport development of Bintan.”