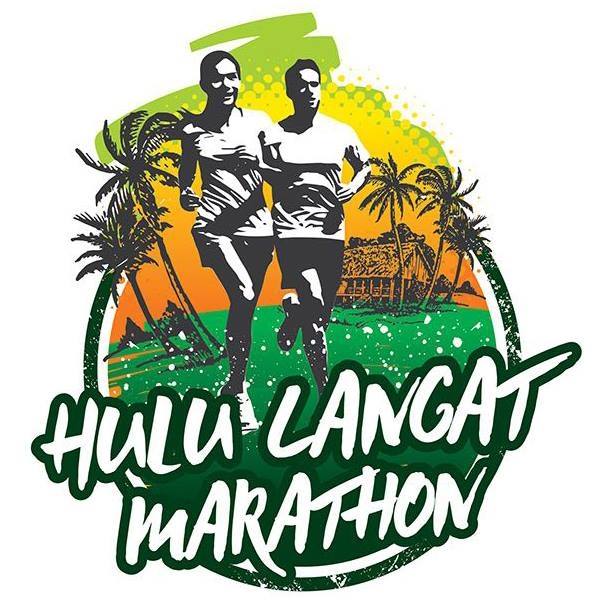 Did not plan to do a report on this initially. However I got to know there are more runners who are interested in this now, so figured I can do a short write up for interested runners to have a better idea of the run.

We boarded our bus on Saturday morning 0630hrs and headed over to Malaysia via Tuas Second Link. It was a long journey with a delayed lunch stop due to an accident on the expressway. We finally arrived at our hotel in Kuala Lumpur around 1700hrs.

With our large group size (2 coaches), we made arrangements with the race organiser for our race packs to be delivered to our hotels and so we collected ours directly at the hotel. Alternatively, the race pack can be collected at the race site on actual day for overseas runners.

Our bus arrived to pick us up at 0330hrs and we arrived at race site around 0410hrs. With the flag off at 0430hrs, we only had a little buffer time. So it was a good idea to have our race packs delivered to our hotel.

Race site was a little dark and after a little talk by the race director, we were flagged off at 0430hrs sharp.

The route, which was all on tarmac roads, took us past the local villages. The route itself was not tough though we did have some elevations after the 11.5km mark.

Distance markers were placed at every km. However, there were no light sticks placed on the markers. So until the sun got up, the markers basically served no purpose as they cannot be seen with lights.

One major concern we had was with the lighting. With the flag off at 0430hrs, the sun was far from up. Thus we relied on the street lighting along the way. The problem was the street lighting was not available the whole route. Before the 11.5km water station, we were still in the villages, thus there were still some lights from those street lights that were working/turned on. Even then. there were still stretches of road that were too dark for comfort especially when there were vehicles sharing the same road as runners. We had to rely on runners with headlamps (headlamps were not mandatory) to illuminate the path ahead. Beyond the 11.5km water station it was worse as the road ahead has no street light structures at all. So it was pitch dark once runners with headlamps left us behind. It remained that way till the sun came up.

Water stations were placed just 3km apart and well stocked. Isotonic drinks were available every alternate stations though they are not chilled. There was one water station where the volunteers took their initiative to chill the isotonic drinks in a very creative way. However water was served chilled throughout.

It got interesting from the 11.5km water station onwards as that was where the fruits started to be available. The fruits were the reason we took part in this afterall. Banana, Watermelon, Jackfruit, Coconut, Rambutan, Longan and ultimately Durian were served at each of the water stations from then on. With such a wide range of fruit for runners to enjoy, no wonder the marathon has a very generous cut off time of 10hrs. So we ate and ate and ate the whole way, not forgetting to take tons of photos along the way too.

After some seemingly endless eating, we crossed the finishing line like, finally! However as our bus was waiting, we did not have time to explore the finishing area. We collected our finisher entitlements and quickly boarded the bus. We only got to know from friends later there were lots of food there as well! What a pity we did not get to eat them.

This being a fun run, we did not take it too seriously. I mean, with so much fruits, how serious can we get? Right?

Route was pretty straight forward with nary a chance for any runner to get lost. Medical support was prompt as we did see some runners struggling with cramps and help was rather quick to arrive. We ourselves encountered a runner sitting by the roadside unable to move due to cramp and once we notified the volunteers at the next water station, a medical personnel went immediately on a motorcycle to attend to him.

The highlight of the event was ultimately the fruits on offer and there were plenty to go around.

The only problem we had was with the darkness. The organiser should have made headlamps and blinker lights recommended equipment if not mandatory. He might not have wanted to make it mandatory as it may make the run feel more serious that it actually was but with safety of runners at stake here, perhaps he should. Or at least mark these 2 items as recommended equipment. I did a run last year at the same stretch and headlamp plus blinker lights were mandatory from 1900hrs to 0700hrs.

Should you do it? Yes. This is a relaxing marathon with the chance to run in rural areas thrown in. With the local runs getting repetitive on locations, this is indeed a refreshing route. What with all the fruits.

However personally I would suggest runners to go by flight. You may be paying $50 or so more for the air tickets as compared to the bus, but you saved on the travelling time. We spent close to 20hrs on the road which is, a very long time. By paying that little bit more, you get to spend almost 2 full days in KL for eating and shopping pre/post run. The reason we had to leave the finishing area quickly was also because we need to make our way back to Singapore by 1300hrs just to get back to Singapore by 2200hrs. So we did not get to enjoy the 10hrs cut off time on offer.