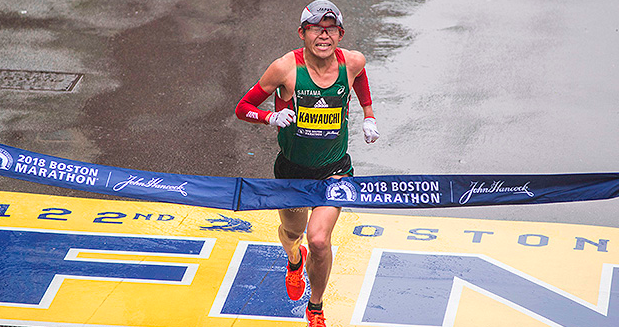 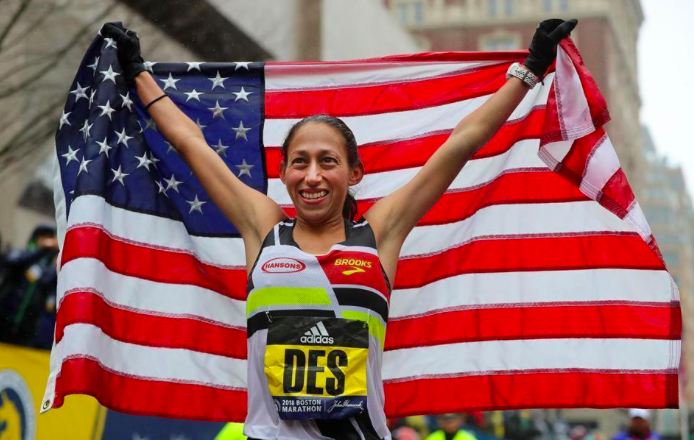 Desiree Linden took gold to become the first American Woman in 31 years to win the Boston Marathon. She crossed the finishing line in 2:39:54. She displayed amazing camaraderie on the course when she slowed down to help Shalene Flannagan when Flannagan had to take a toilet break. It seemed as though the win was in the hands of Ethiopia’s Mamitu Daska. She had such a huge lead and looked strong. However, Linden managed to catch her, pass her, put in a surge, and WIN! 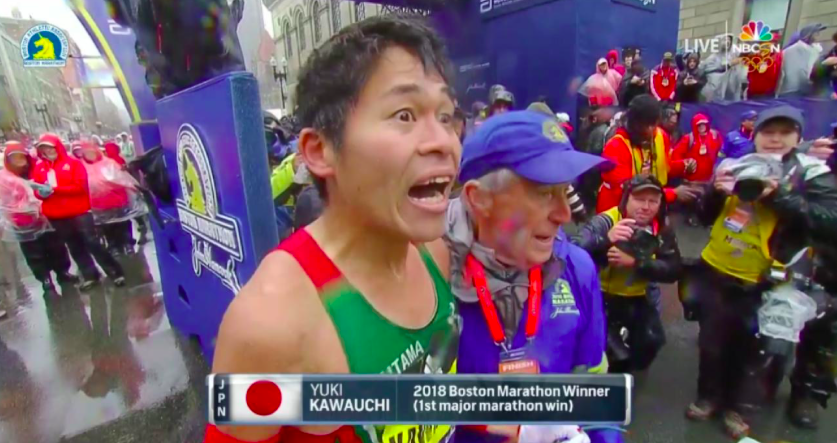 Yuki Kawauchi sprinted to the front upon flag off. He was flying solo and commentators questioned how long he could last before he faded – given the weather and the tough headwind. Sure enough, the lead pack caught him at mile 1.5. At mile 3, he got dropped by the lead pack. He caught up again, and put in a surge, and got overtaken, and another surge and got overtaken. Defending Champion Geoffrey Kirui took charge and seemed to have a 1 minute 30 seconds lead over the chasing pack. However, he seemed to have run into some issues. Yuki managed to catch him, pass him, and extend his lead to over 2 minutes and came in gold! His expression of happiness was priceless. He became the first Japanese Man since 1987 to win the Boston Marathon.

In his post-race interview, he said that these were the best conditions for him to race in. 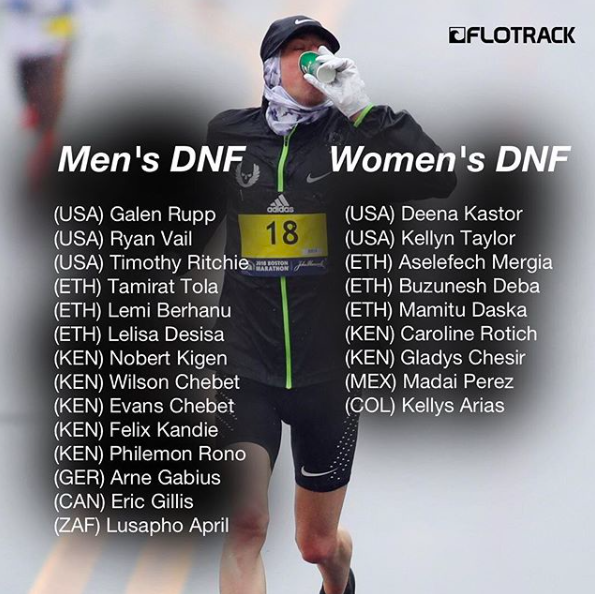 The weather proved too tough for many of them to handle. It was certainly a shock that no Kenyan or Ethiopian ended up on the women’s top 5. In the women’s race, Sarah Sellers and Krista DuChene came in 2nd and 3rd place respectively. The first question asked at the press conference was can you introduce yourself! It was certainly a surprise, a pleasant surprise for them!

Congratulations to all finishers!