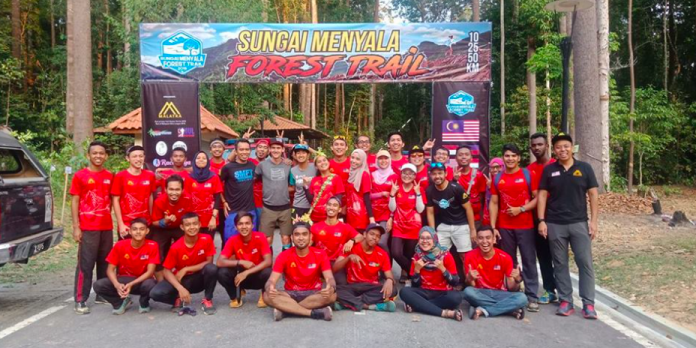 The Sungai Menyala Forest Trail in Malaysia saw some great runners set new records. Watching them run was a true honour and an inspiration.

Who Is Harry Jones?

While some of us struggle to even run a 3 hours 49 minutes marathon on the road, Harry Jones ran a blistering 3 hours 49 minutes 50 kilometers – trail at the Sungai Menyala Forest Trail Run, Malaysia on Sunday. He totally destroyed his competition, finishing a whole 30 minutes ahead of second place Malaysian, Affindi. He was absolutely flying. 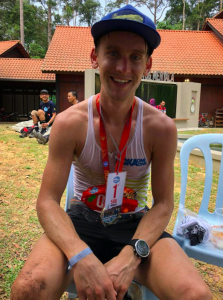 Harry Jones is a Welsh runner based in Chiang Mai, Thailand. He has won TNF 100 Thailand, Translantau 100 in Hong Kong and the 9 Dragons 50-mile ultra-marathon in Hong Kong. He is a vegan runner sponsored by Hoka One One & Runivore.

Who Is Sandi Menchi?

In the women’s competition, defending champion Sandi Menchi took the champion title once again. This time, she broke her own course record, running a 5 hours 3 minutes despite the heat. 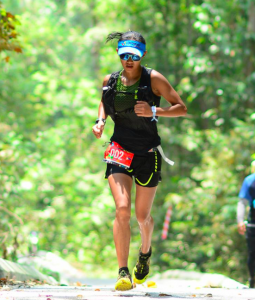 Sandi reigns from the Philippines and has won the Kinabalu Climbathon – twice. Her climbing and downhill technique is impressive and she often leaves her competition and most men in the dust.

The Sungai Menyala Forest Trail Run 2019 is set for 9th April 2019! Save your dates! We look forward to seeing if anyone will challenge the new standing course records.