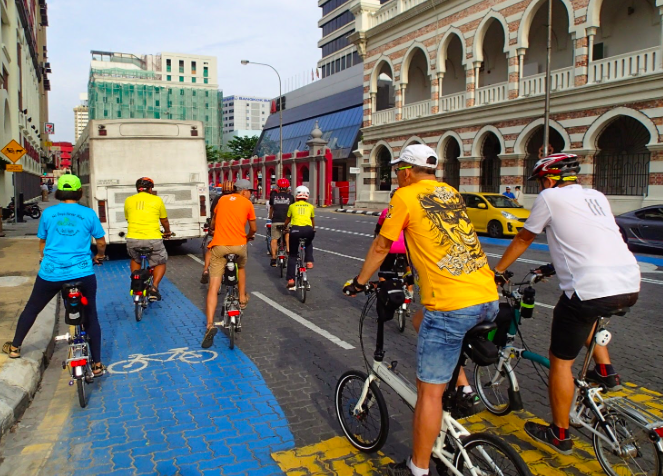 The noble aim of this project is to promote a healthier lifestyle among city folks and allow for a convenient and safe commute for cyclists. The project hopes that city folk will start embracing a healthier way of life.

However, the blue lane has drawn much criticism from citizens.

#1 Citizens question whether 4 million spent on the 6 km stretch of dedicated bicycle lane has been a wise investment. Barisan Nasional strategic communications deputy director Datuk Eric See-To pointed out that the bicycle lane project a few years ago in Penang was previously reported by the Penang state govt to have cost RM30mil for 12km while the Penang budget for 2018 had stated that an additional RM45mil will be spent to build 39.3km of bicycle lanes. He stands by his point of view that it is inexpensive.

The idea is a great one, but, the execution – not so great.