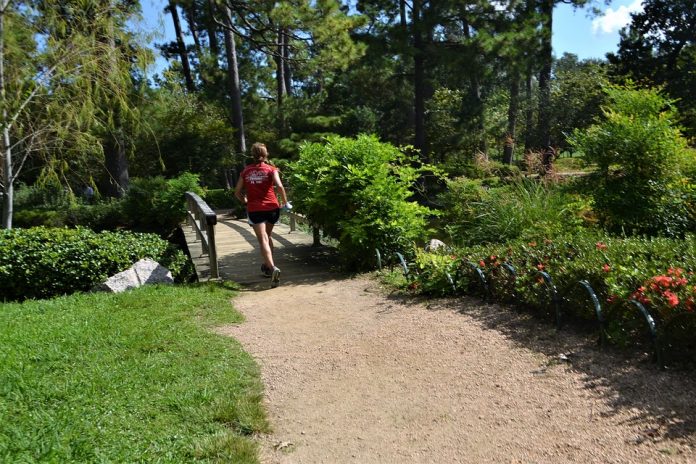 If you think that running outside on broad daylight is always safe, think again. Running outside can be dangerous, especially for women. You can be hit by a running vehicle, mugged, or attacked. You hear news stories of runners being attacked even close to their home and some of these attacks even ended in tragedy. A lot of runners train alone every once in a while especially during daylight because come on, what can happen in broad daylight? Unfortunately, those who have criminal minds no longer wait for the cover of night to strike. They can attack you early in the morning, during a midday trail run, or even abduct you from the streets of your neighborhood.

Take these 5 safety tips to protect yourself when walking and running outside:

If you run in groups or with a partner, attackers will be discouraged to strike. You can also run with a large dog and as dogs are protective, this makes you a less attractive target. Dogs can also sense danger before humans can.

Wearing headphones can restrict your awareness of your surroundings. You can’t hear potential attacker sneaking behind you if loud music is blaring in your ears. It can also show that you are carrying something valuable. Most attacks during runs are muggings, where the criminal takes your property.

Avoid running on the street when it is dark since it makes it more difficult to see potential threats and there are also fewer people around to help you out. It’s best to run in areas where there are people around.

It will allow you to easily see and react to oncoming vehicles. If potential abductors are in a vehicle, you can see them coming from a mile away and that can give you more time to escape.

Running on the same route can make you an easy target for stalkers. It’s also best if you familiarize yourself with your neighborhood so that you know where the subway stations, businesses, police precincts are located in case of emergency.

Learn more about how to stay safe while running here.