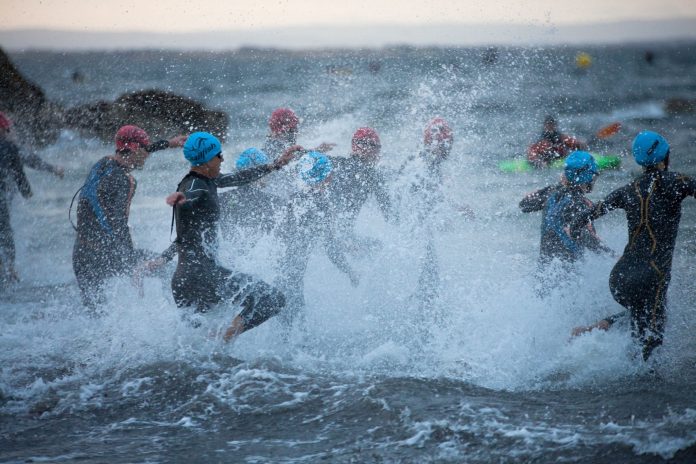 Our thoughts and prayers are with the family of a 42-year-old male participant who passed away today (10 Sep) while competing in the swim leg of the Singapore International Triathlon 2017. The incident was made known by a statement issued by the Triathlon Association of Singapore via the Official Facebook page and website:

Statement from the Triathlon Association of Singapore (TAS) with regards to the death of a competitor at the Singapore International Triathlon 2017.

We are deeply saddened to confirm the death of a competitor during the swim portion of the Singapore International Triathlon 2017. Immediate medical assistance and resuscitation was commenced at the event site. We also had a Medical Doctor with Automated External Defibrillator (AED) and other medical equipment for resuscitation on site. He was transported to Singapore General Hospital where he was treated. Sadly, he could not be revived despite resuscitation efforts.

At this moment, we have established contact with his family and we will do our best to render them any assistance they may require at this point in time. We are saddened and all our prayers are with his family at this time. We will only be able to share more details once investigation has been completed.

The Singapore International Triathlon (SIT) is Singapore’s pioneer triathlon event. Established in 1984, it was launched in an era when triathlons and endurance sports in general were largely unknown in Asia. Today, the SIT has become one of the most highly anticipated, international sports events in Singapore. Co-organised by Triathlon Association of Singapore and Orange Room Pte Ltd, the event has attracted up to 3,000 triathletes from countries such as Ireland, Italy, Sweden, France, Spain, USA, Canada, Belgium, Germany, Switzerland, Austria, Denmark, Australia, New Zealand, South Africa, Japan, Indonesia and Malaysia, who vied for various coveted championship titles, including the Asian Championship.