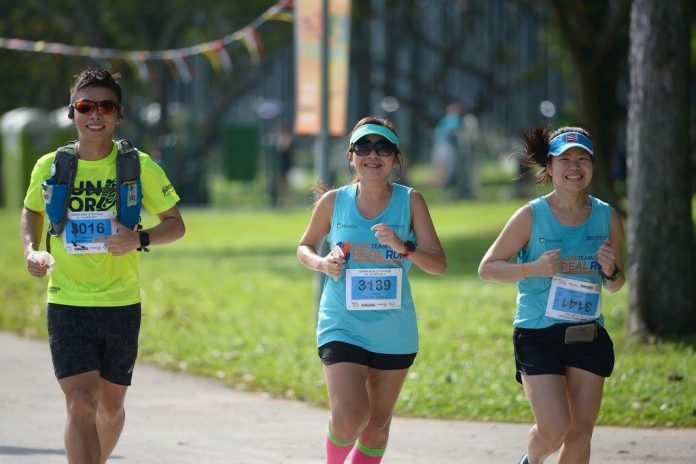 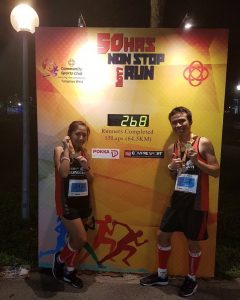 They said that nobody is a loser, everybody is a winner ❤️ There is more than a thousand participants signing up for this event and this is my second year joining the 50 hours non-stop run, last year’s run just seems so recent! 😆

50 hours non stop run does not means running non stop for 50 hours, can anybody actually really do that? 😅 It’s a event from 9am of 14th April to 16th April 11am, ongoing for 50 hours. The runners can complete the amount of distance they registered for within 50 hours, which means, no matter day or night, rain or shine, with some runners running up to 64.5km. The run is held at Bedok Reservoir and each loop is around 4.3km, which means that some of the runners will be running many loops around Bedok Reservoir with the same scenery.

For runners running lesser than 3 loops will not be getting any medal. Runners will get their first medal after 3 loops, the second medal after 6 loops and the third medal after 10 loops. So if the runners doesn’t want to run so much, can just complete 3 loops to collect 1 medal or 6 loops to collect 2 medals. Runners who signed up for the 64.5km will have a total of 4 medals and a finisher tee. Other race entitlement includes the event T-shirtby Compressport, there’s personalised race bib, a card for us to stamp at the start and end of every loop for our attendance. I think the medals is really exceptionally chio especially because it’s hard earn medals! And the finishers of 64.5km will get a exclusive finisher tee! 😍 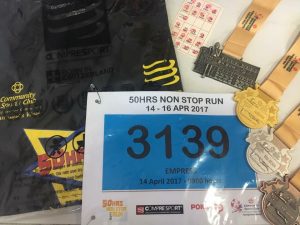 The stamp card is really one of the most precious item with us, we will get a stamp on the start and end of each loop. Heard that there’s people who cheated to complete by taking bus. What for? 😅

Each loop around Bedok Reservoir is 4.3km, terrain is flat and not easy to run on as it’s sand and gravel. Not much of scenery to see along the route maybe the park walkers walking their dogs are more interesting. I find that the moonlight shadow on the Reservoir is a beauty in the night. Not easy to run in the night though there’s lamp posts as it’s still rather dark. 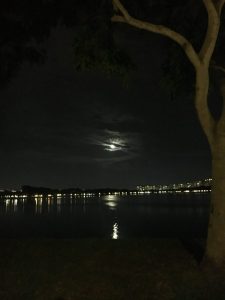 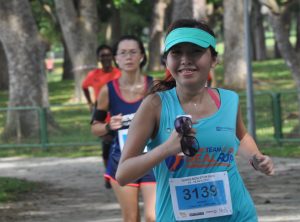 Simply broke my record of covering a distance of 64.5km in 2 days! Overall this is a good run run walk walk event for me. I enjoyed my friends companionship and chit chattings. There were two water points, 1 of the water point closes after 6pm but there’s quite a few water cooler within the Reservoir itself already and what’s good is that the organizer make the effort to provide chilled water and Lucozade for the runners 😊 There’s portable toilet at the event site and it’s a park so there’s multiple toilets around where we don’t need to be worried of no toilets or what if we need toilet breaks. 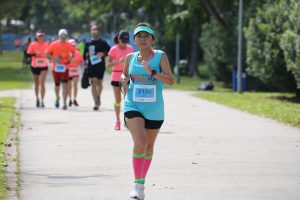 I signed up for the 64.5km category and split up my runs into 3 visits because I’m not so hardcore to finish it all at once. But it’s so troublesome for me to get to Bedok Reservoir as I live in the North. The time I took for taking public transport there is like 1.5 hours 😭 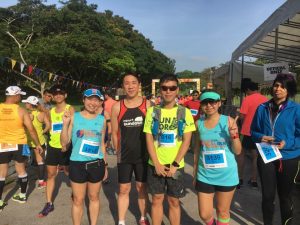 It’s a public holiday on Friday morning, my friends and I were there for the flag off which is on time at 9am. There were many familiar runners from the running community and it’s nice to see them 😊 The ☀️ is already hung up high in the sky and my friends and I were praying for good weather and for the sun to be hiding behind the clouds but no. It’s really hot and it’s really tough to run in such a hot and humid weather that Sabrina and I decided that 3 loops is really enough and we don’t want get ourselves burnt so went for brunch at Mcdonalds and decided to come back in the evening to see if we can complete the rest of the 12 loops 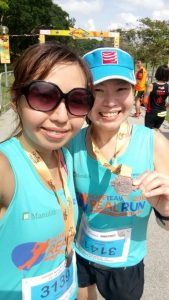 I rarely run at a timing when the sun is out and glaring and I don’t even have a sunglass for sports or running and simply grab and bring along a pair of sunglass I can find which make me feel a slight headache after the first loop and decided to carry it with me to run since I left my bag at a sheltered resting area with the rest of the runners. Thank you Lily for the fruits and helping us keep a look out for our belongings 😊 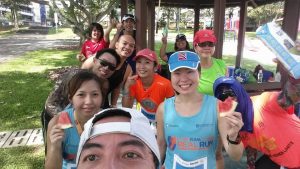 There’s no baggage deposits available but there’s a tentage where runners can put their belonging but nobody is responsible in looking after our belongings. Just don’t bring valuables and have to trust that Singapore is a safe place and all people who goes to the park and all runners are nice people 😊 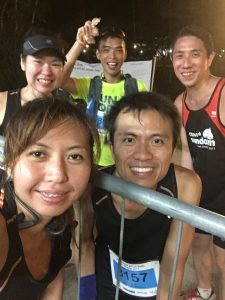 (Picture taken on the first night after completing Rey’s final loop making him a finisher of 64.5km, an ultra-marathoner 😍)

My 64.5km is all run walk run walk as I really lack of the motivation to run or because I have eaten too full for dinner. Maybe it’s the repeating of the loops that make the run torturous or that I get bored already. Maybe it’s the long distance or maybe it’s the no timing chips on the race bib. But still there’s rankings for finishers that complete the distances. On that evening when I went down I only manage to complete 5 more loops which I have a balance of 7 more loops to complete the next day 😭 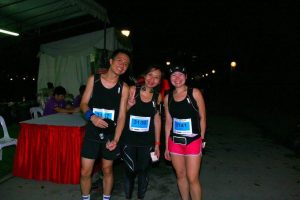 On the second night, I went together with Willis, with me a balance of 7 loops to complete and him with 9 loops. We reach there at almost 11pm and we had that in mind to finish it if not we need to go home and come back again on Sunday morning rushing to complete before 11am. When we reach the event site, more than 200 runners have already completed 64.5km! 💪🏻 One of the volunteers said that more than 400 runners had actually signed up for th 64.5km category. We run together, having our chit chat dating run and walk. I must really that all the volunteers, it’s in the middle of the night and they are still so energetic and cheering for us, encouraging us to carry on with motivating words such as “we will be here, just the last few rounds! Keep going!” 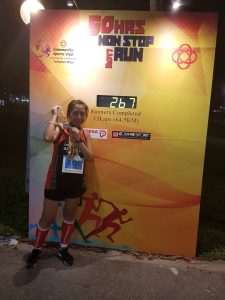 Though I was two loops ahead of Willis at first but he manage to catch up with me with a loop while I rest and though I had completed my final lap and should get my finisher medals and finisher tee, I hang on and accompanied Willis for his final lap so I completed 68.8km, 16 laps to be exact! It’s tiring but I know it’s the last few kilometres that’s the toughest to complete and I hope my presence and companionship had made it easier for him ❤️ 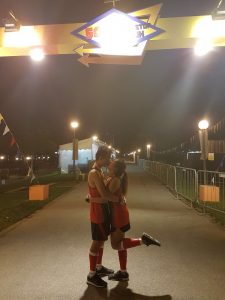