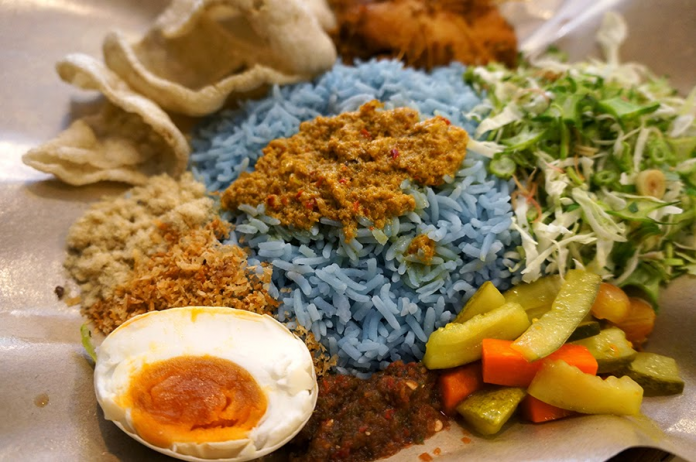 When it comes to tasting and experiencing the delights across the causeway, Singaporeans have it the best. Why? Because we are literally just a bridge away from Johor Bahru and about an hour’s flight away from Kuala Lumpur. A little less than two hours will take us as far as Sarawak so, you get the drift.

And Malaysia, besides the unique multi-cultural society, has loads of delicious dishes just waiting to be savoured. From Chinese to Malay to Indian, you have a whole range of delicacies to indulge in. And because the country is such a melting pot, you also get to taste authentic dishes by the Straits Chinese, also known as the Peranakans.

Should you find yourself in this tropical country for a run anytime soon, do remember to check out these 5 dishes and get all your cravings satisfied. 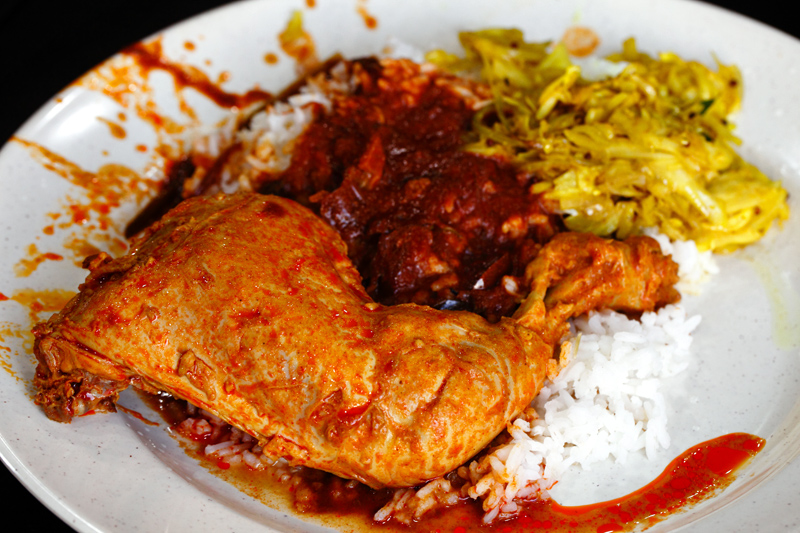 This popular northern Malaysia dish that originated from Penang should be eaten with your hands. Basically a meal of steamed rice that is either plain or flavoured, and served with a variety of curries and side dishes such as mutton curry, fried prawns, fried chicken or squid, and some vegetables, this is one meal every tourist has to try if they want to say they have been to Malaysia. 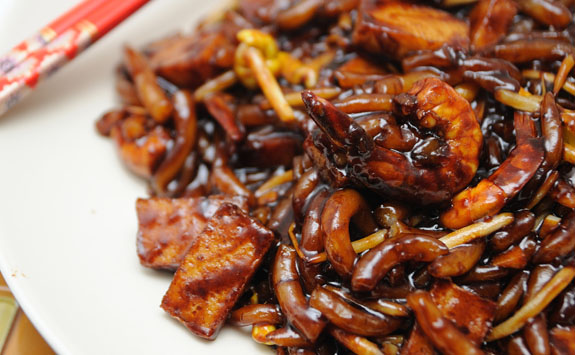 If you have never tried this before, you have to as soon as possible. A dish of thick yellow noodles braised in thick dark soy sauce, it is usually accompanied with pork, squid, fishcake and cabbage. But the winning factor about this dish is seen sprinkled on the top – crispy pork lard cubes. Oh by the way, this dish is usually fried in pork lard. Don’t think about the calories. Just enjoy. 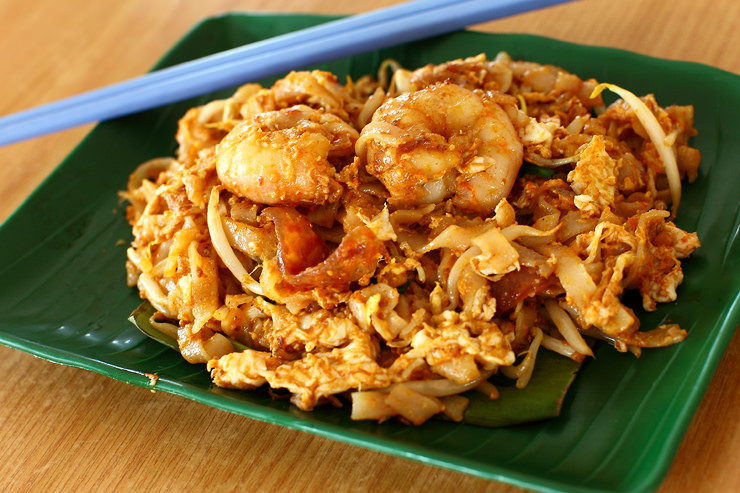 Flat noodles fried with pork lard and mixed with a slew of vegetables and seafood, this dish is best tasted in Penang. While it’s whitish appearance may not be attractive to some, just the smell alone is enough to send you to high heaven. The Penang Char Kway Teow differs from the ones found in other parts of Malaysia and Singapore not just in the colour, but also in taste. It’s served dry but you can taste a hint of lime and chilies in the mix. A hearty dish that looks healthy but really, it’s not. But this should not put you off trying it! 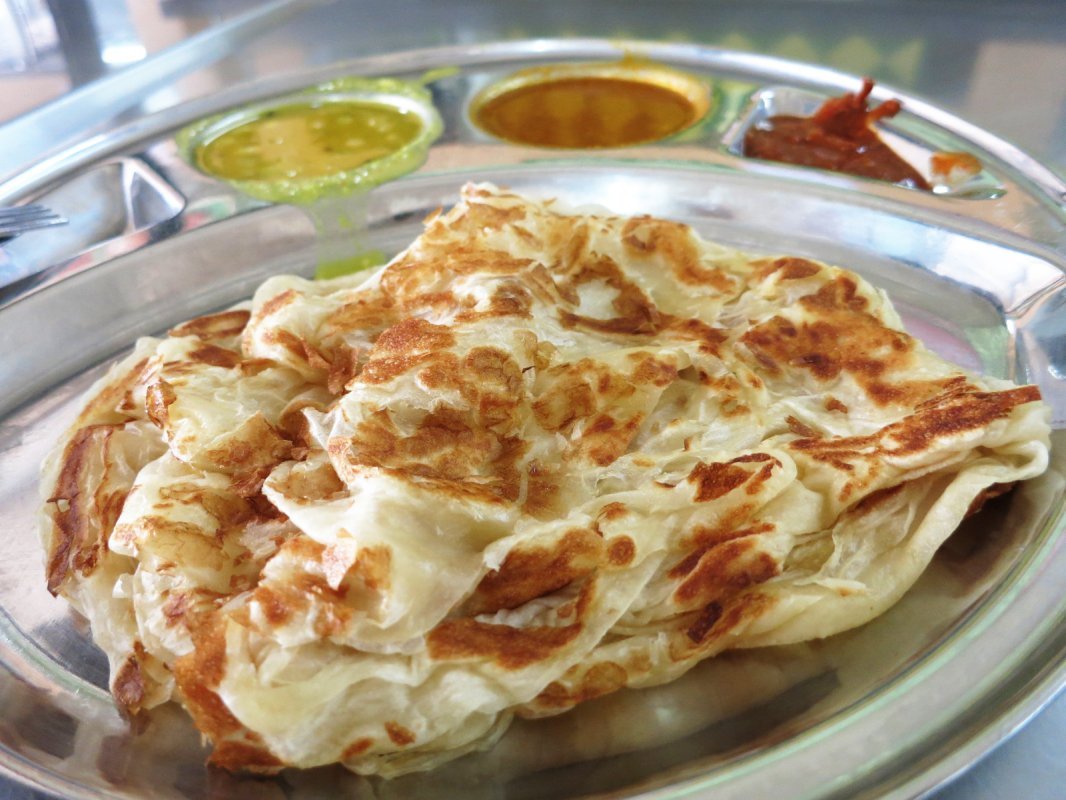 Also known as roti prata in Singapore, this is a flat bread that is flipped on a flat, hot pan until it is crispy and delightfully spotted in brown spots. While it may look like a breakfast dish (think dough fritters eaten by the Chinese in the morning accompanied with their soyabean milk), roti canai is also eaten for supper. Some may even claim that it’s the perfect food for hangovers and after drinks sessions. The bread is usually cooked in loads of ghee to give it its flavour and you can choose to have it either plain or with an egg beaten into it. Add a glass of the tarik and you have yourself a light snack. 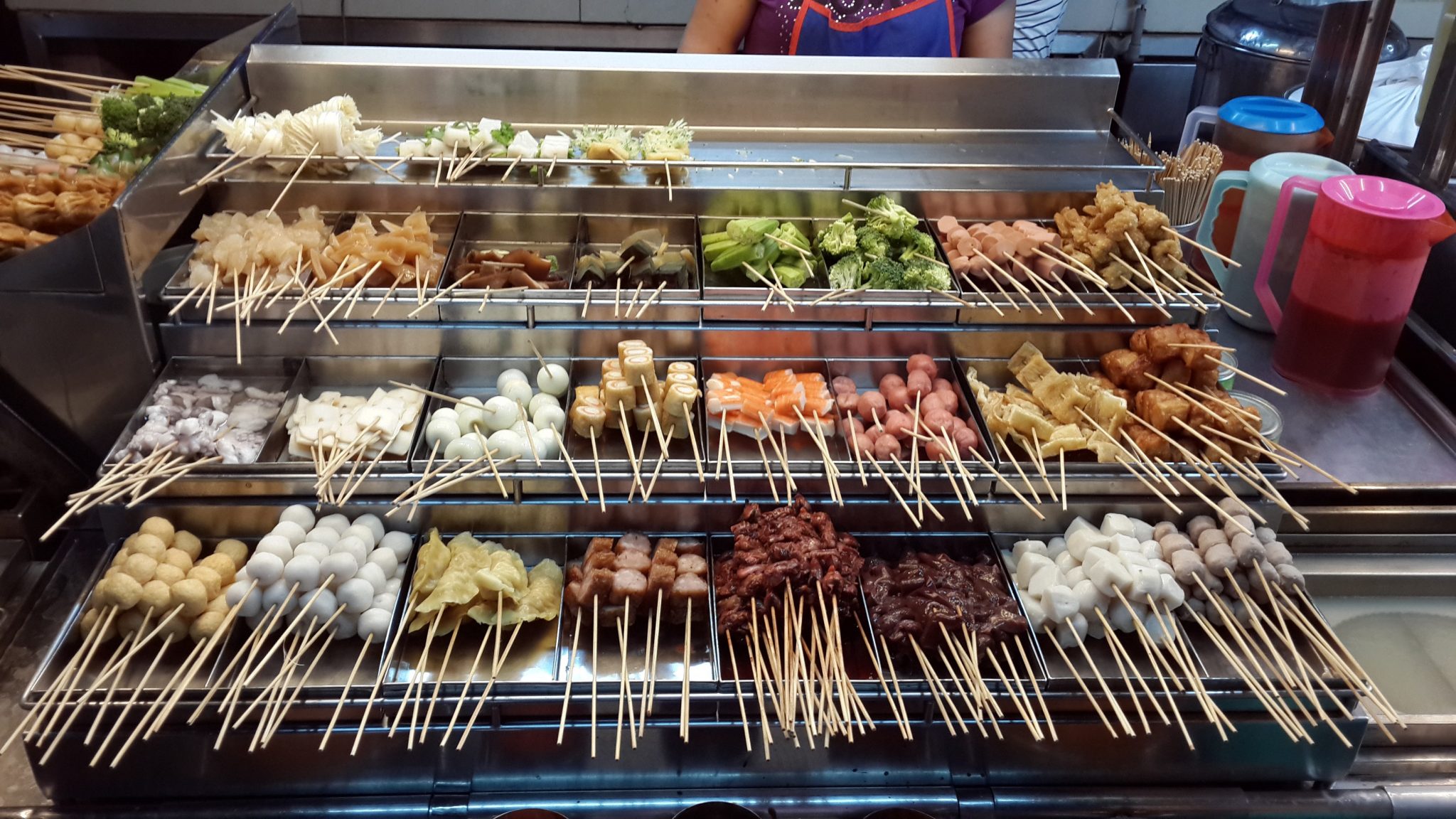 No one goes to Malaysia without trying out their lok lok! If you see roadside stalls with satay sticks of food poking out from boiling pots of water or oil, that’s lok lok. Lok lok, which also means “dip dip”, lets you choose what you want from a buffet presentation and you either cook it yourself or pass it to one of the cooks to do it for you. Of course doing it yourself is so much more fun but sometimes, there isn’t a choice. A relatively healthy meal (if you don’t opt for the deep-fried sticks), where you can indulge to your heart’s content.

The Performance Series Malaysia 2017 is a series of running races throughout 2017 around Malaysia’s iconic landmarks. The race series consist of run distances from 5km, 10km to 21km. The key objective is to promote healthy lifestyle through the appreciation of iconic landmarks in Malaysia within the local and foreign/expatriate communit