Started with only four friends in 2006, Joyriders have since grown to a community of over 2,000 members and is the largest recreational cycling club in Singapore! This year, Joyriders celebrate its 10 years together with its community members and how far the cycling community has progressed the past decade.

That means more than 3,650 days of riding together under the flag of the Snail Queen, covering an estimate of about 100,000,000 kilometres along the way!

That’s a whopping 2,500 times around the world! 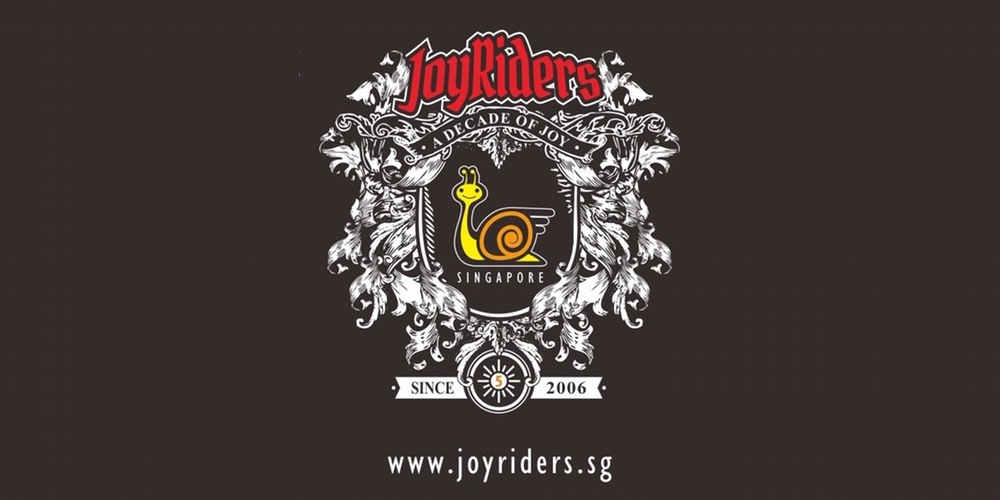 For that, and all the friendships that have grown in the JoyRiders’ Community, JoyRiders will be celebrating these milestones together this month.

The celebration will be held at 1855 Bistro, on 24 January 2016, from 6pm to 10pm. The event will be a massive riders-dinner buffet with free-flow beer. Riders can also expect to walk away from the event with a goodie bag of $200 worth of gifts (including Bike Lights, Cycling Gloves, 60-Minute Massage Vouchers, SPIN Magazine, and more).

Once again, happy 10 years anniversary JoyRiders! We hope the cycling community in Singapore will continue to grow in Singapore.