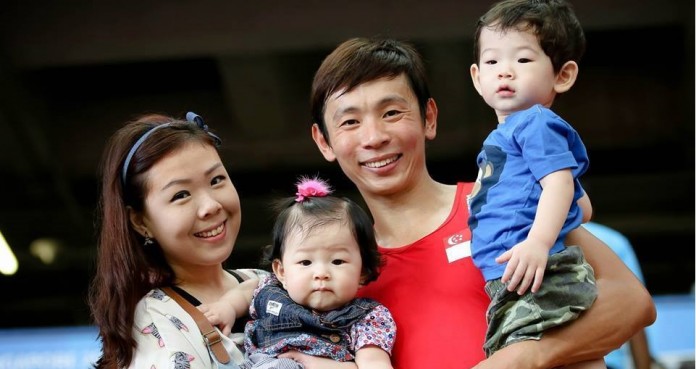 Teck Hua is a humble sprinter who represented Team Singapore at the 8th ASEAN Para Games (APG). The APG was held in Singapore from 3 – 9 December 2015. Teck Hua had been leading an active lifestyle. Due to a traffic accident in 2004, his right leg had to be amputated. However, his optimism and determination had brought him to even greater heights. He is now a happy father of two and is setting sights on the Paralympic Games. He credited these to his capable and understanding wife (and family).

JustRunLah!: How will you introduce yourself to Singapore running community?

Teck Hua: I don’t have much running achievements to boast about, I can’t run fast, neither can I run far, but one similarity that I can probably identify is that we all somehow found joy and purpose in running.

JustRunLah!: Being a sporty person before your unfortunate traffic accident in 2004, how did you overcome your disability and continued to do sports?

Teck Hua: I think leading an active life prior to accident is the reason why I am so keen to continue staying active. I won’t say I overcome disability to do sports, in fact sports contributed to my overcoming of my disability. 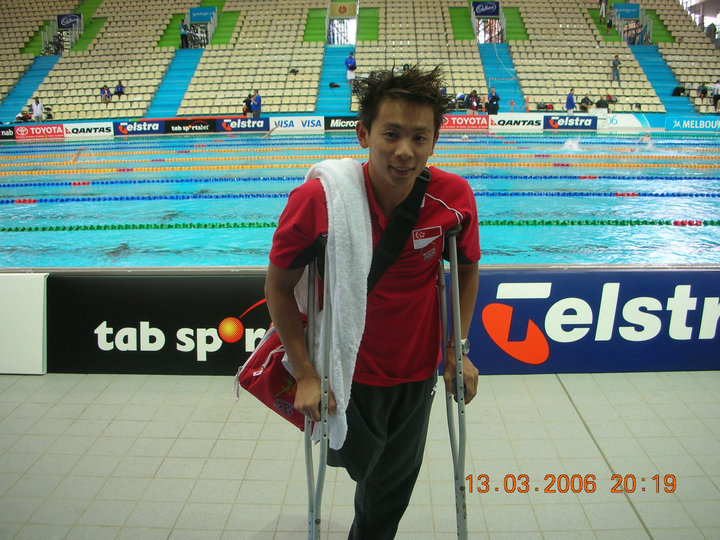 JustRunLah!: What inspired you to pick up swimming initially and impressively attained a bronze medal at the 1st Asia Swimming Championship held in Kuala Lumpur in the same year of your accident?

Teck Hua: Swimming doesn’t require equipment like prosthesis and it is the best alternative to Cardio exercise, hence I went into swimming despite not being a swimmer. The bronze medal came as a surprise as I wasn’t exactly very fast. I like to believe that the games at that time was new and hence less competitive.

JustRunLah!: What inspired you to pick up running eventually and also represented Singapore at the recent ASEAN Para Games?

Teck Hua: I used to run a lot during my army days, but that was the last thing I thought possible after my amputation. However, I was always hopeful and kept track of the advancement in prosthetic technology and eventually got myself a running leg a few years back. When tasked to participate in the games, I didn’t choose swimming as I have quit since 2009. I don’t feel good going back training just because of the games. Besides, athletics was underrepresented and I was picking up running, so I focus to train hard to sprint instead.

JustRunLah!: Being a father of two with a full-time job, how did you juggle your time between family/friends, work and training?

Teck Hua: I will say that you need a capable and understanding wife, period! 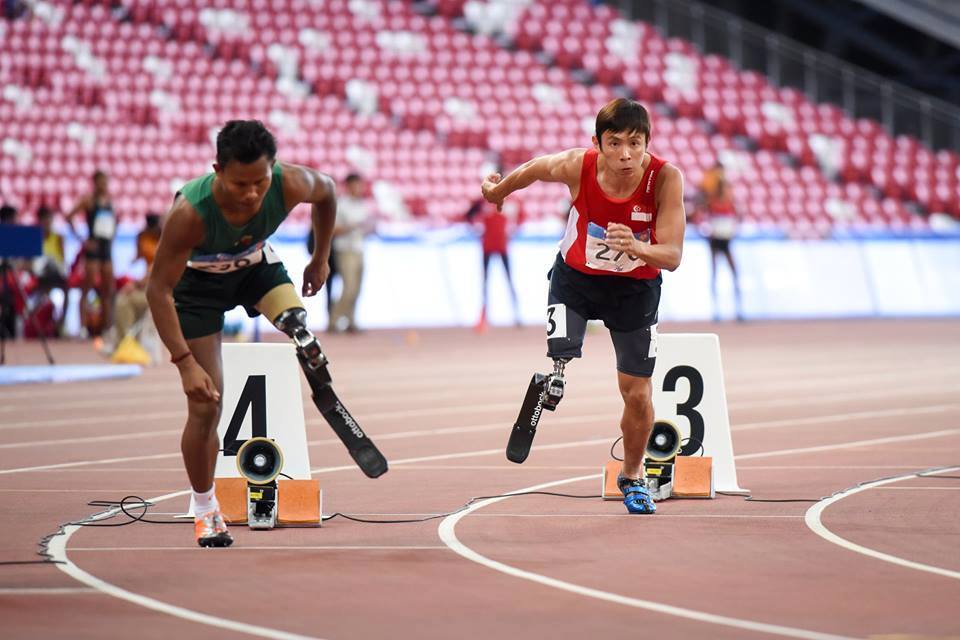 JustRunLah!: What advice would you give to someone who is going through a rehabilitation and feeling negative?

Teck Hua: In life, there are many things that are beyond us, but we can choose how we want to play the cards that we are dealt with. It wasn’t just for me too, I choose to put up a strong front so as not to put more pain and suffering for my parents and people who care about me. I am happy for who I am now and I wouldn’t trade my life for anyone else’s.

JustRunLah!: What are your future goals in running?

Teck Hua: I hope to qualify for Paralympics in Tokyo but many things have to come together to make it possible given that I am way past my prime and I can’t exactly follow a generic training program and hope to see drastic improvement. I need the elements of biomechanics along with input of good prosthetist and coach to make it happen.

JustRunLah!: What do you think makes a runner, especially someone who keeps at it, put feet to the ground day after day?

Teck Hua: I can’t comment as I am myself very amazed at people who can religiously run and run. Besides, running can be a very boring sports activity. I think people who can do that have ultra high discipline and crazy mental strength!

JustRunLah!: Finish this sentence: Running is…

Teck Hua: Running is a god’s gift, as I have been through the stage where being able to walk is already a blessing.