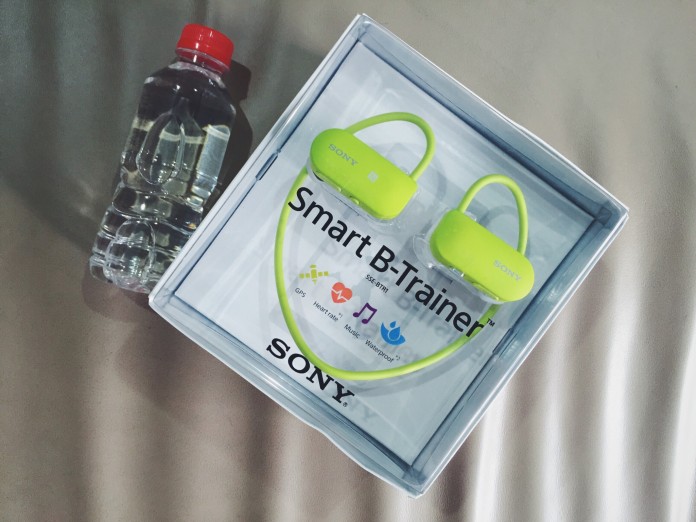 Sony’s Smart B- Trainer™ has been the dream all-in-one smart device for runners with 6 built-in sensors that can record up to 11 running logs, 16GB of music storage, GPS function and heart-rate monitor. As a music lover and a runner who needs some motivational boost especially during long and solo runs, I’ve simply got to try out running with the virtual coach in the device! Here’s my experience running with Sony’s Smart B- Trainer™!

The Sony’s Smart B- Trainer™ pack comes with both the headset and a pouch containing ear buds (even an additional set for swimming!), protective cases and charging cables/dock. To be honest, I was initially having doubts about fitting both the heart rate sensor and audio parts into my ears but was pleasantly surprised at how perfect it fits. 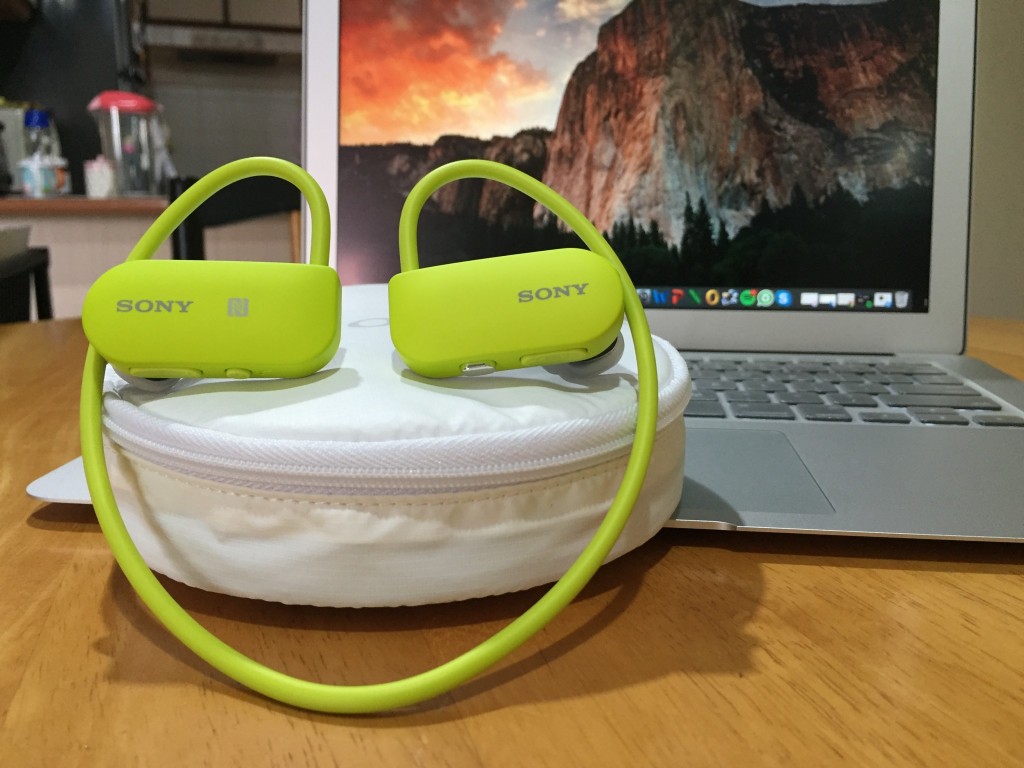 Waterproof technology is one of the product features that I decided to make a bold move of testing it out immediately after unboxing. My heart skipped a beat as I placed the device under the running tap and prayed hard it would light up after the experiment – and thank goodness it did! 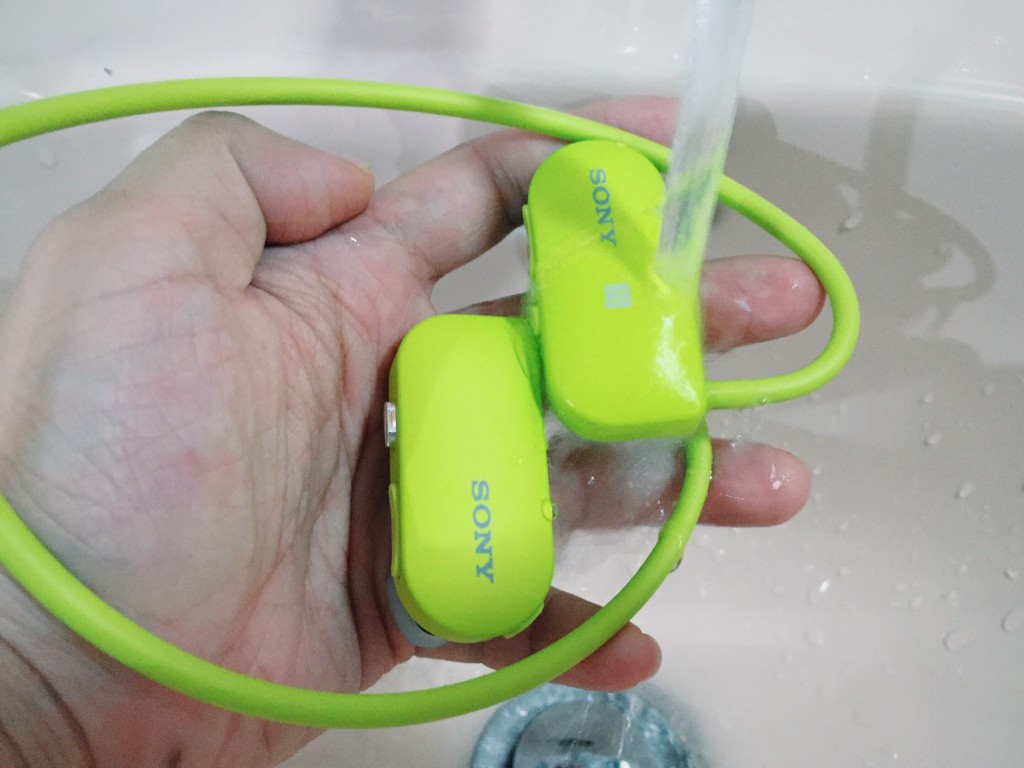 Planning my run with “Smart B-Trainer™ for Running” app

After uploading some of my songs into the 16GB storage device, I synced it with the “Smart B-Trainer™” app and started planning for my first test run. I pre-set the pace of 5:00 and a distance of 5km. There are also other modes of workout plans such as Free Run that allows you to simply start running at any point, pause and stop at any point you want. Once again, I synced the settings from the app to the device and decided to run without my smartphone, just the device alone.

I tried to vary the speeds of my run to see if the music changes accordingly and it sure did. The virtual coach would inform my current pace and tell me if I am going too slow or fast according to my heart rate, and a corresponding music of a certain tempo would be played. This smart feature is known as Sony’s 12 Tone Music Analysis, an intelligent music playback function.

According to the product information, the battery life of this device is an astonishing 10 hours, which is definitely a tick for marathons and perhaps even an ultra-marathon! Perhaps a timely Christmas gift to self for the upcoming marathons towards the end of the year and beyond? 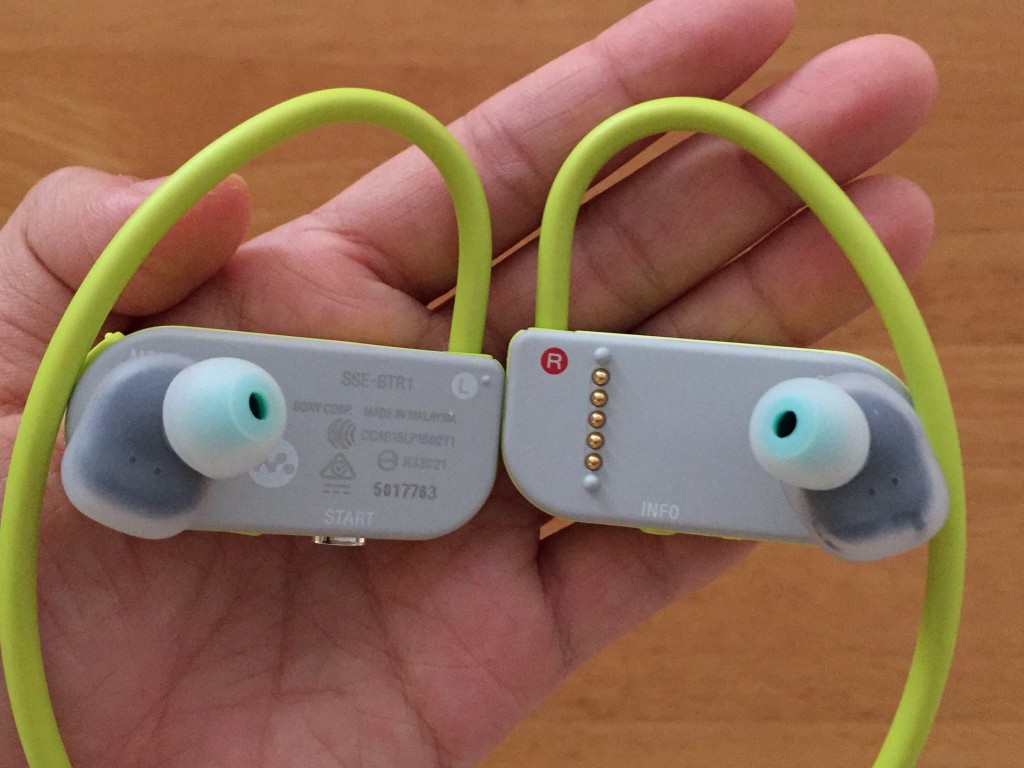 In addition, the device did not move much while I ran and jumped and the ear buds did not move an inch. It was simply fixated permanently in my ears and the neckband did not cause a strain on my neck at all. I could not hear much sound from the surroundings perhaps due to the noise cancelling features of the device. As such, I had to be more alert at road junctions while enjoying the clear and encompassing sounds from the device.

I simply switched on the Bluetooth® on my smartphone and device to sync the run data wirelessly and it was fast and convenient as I found myself immersed in a cloud of information about my single workout – graphs, maps, photos of the place I ran, music played and more were reflected on the app. The entire experience can be described with one word – Cool!

My first run was generally smooth, with some technical difficulties in trying to figure out how to play music from device or smartphone before I started my run. I managed to find that out along with my other queries from Sony’s website eventually. The periodic reminders about my pace, distance and time, as well as whether I am going too fast or slow, were helpful and I didn’t have to do anything else to check because everything was automated. 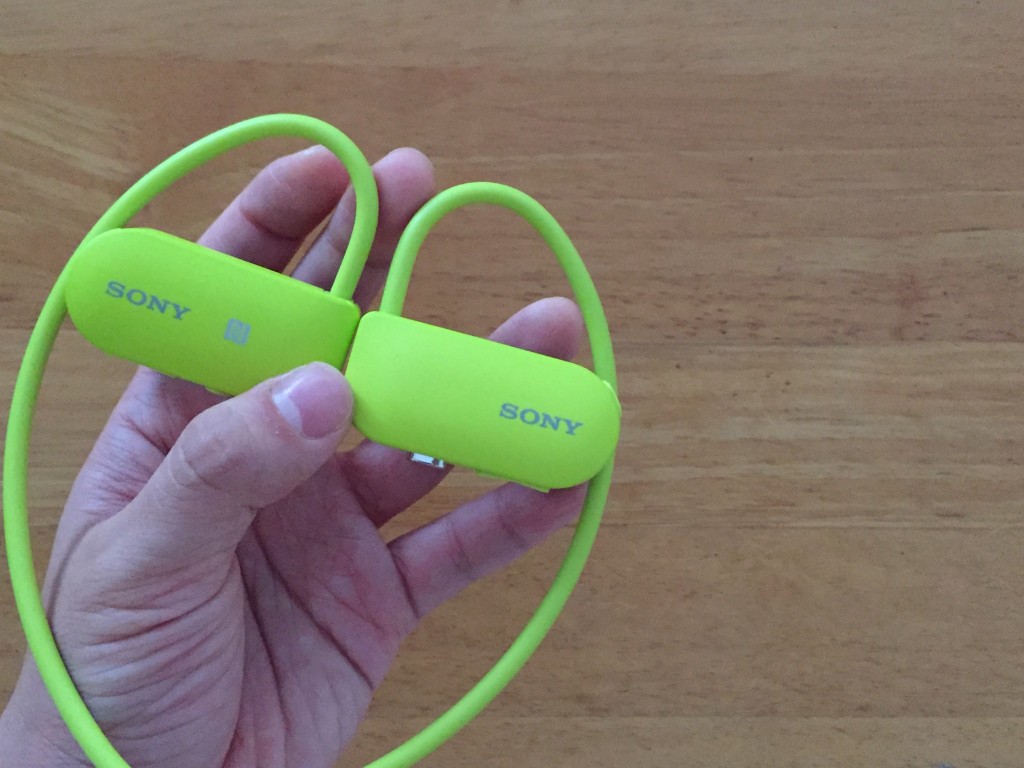 I’ve got admit, my first test run with Sony’s Smart B- Trainer™ attracted looks of envy and curiosity from a handful of runners along the route. The bright, sleek-looking device is extremely light-weight to wear for runs and the sound quality does not get compromised with all the jumps and movement while running. So far, there wasn’t any time where I had to pause my runs to adjust loose or uncomfortable ear buds.

This all-in-one device with multiple sensors and recording up to 11 running stats, including built-in heart rate monitor, effectively eliminates the need to carry any additional sports gadgets for my run. As a result of these functions, I am able to find out a lot of information just from a single workout session. The post-run analytics really helped me understand and identify my running patterns; at which point do I start to slow down, what is the corresponding heart rate and elevation of that place and so on.

I usually train alone during night sessions and having a virtual coach, voice guidance and music tempo does indeed boost my run and motivation. It keeps me updated, informed and aware during my workout in real-time, allowing me to try out different workouts and see the results almost immediately.

What I would recommend

I felt that there was a missing link between the smartphone app and desktop program. The desktop Content Helper program’s only function is to upload or delete songs from the device. Perhaps incorporating some of the features of the app onto the desktop program and making them compatible would be convenient for users, where users can switch to and fro desktop to the app. Also, I spent quite some time trying to figure out between playing songs directly from my device or from my smartphone and had to refer to the official website multiple times before knowing how to use the device for the different purposes. The more I configured, the more I discover about the usage of this device.

Having 6 built-in sensors packed in a single, lightweight device which produces 11 running stats and analysis is an amazing product innovation. However, such advanced features would only be fully appreciated by runners who are very technical and place emphasis on sports analytics. As such, the value worth of the device at retail price of $399 would differ for non-technical runners. 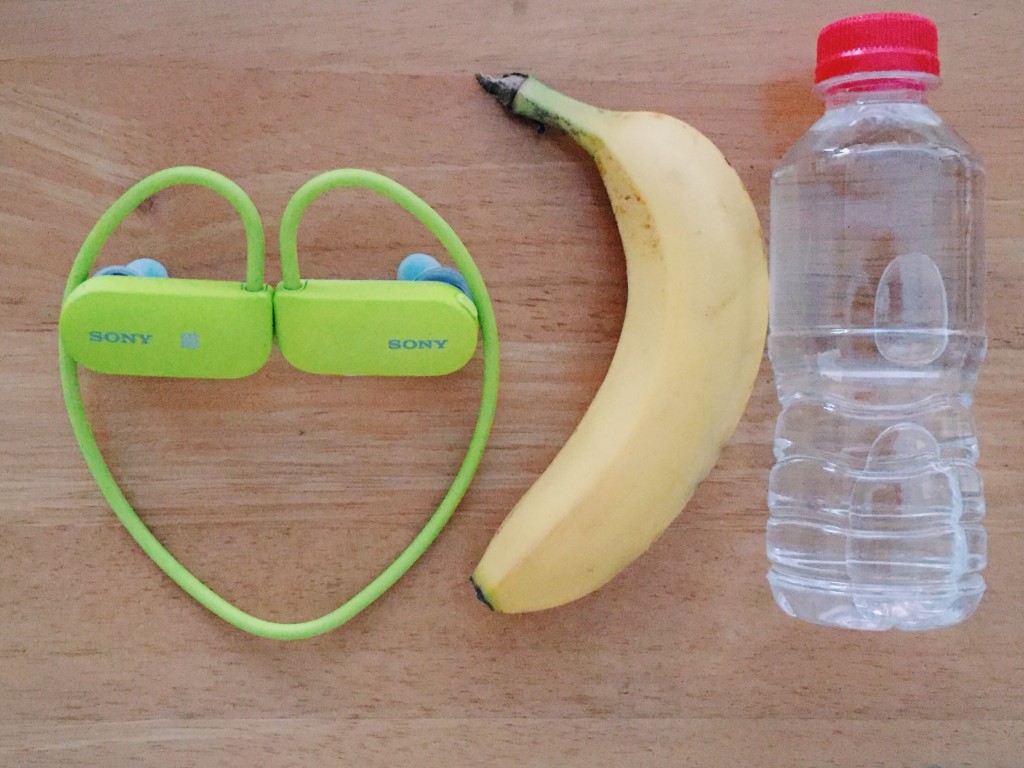 The Sony’s Smart B-Trainer™ will be a great addition to any runner’s workout routine in terms of providing guidance, motivation, perhaps even confidence! As for developing one into a faster and more effective runner, it would really depend on how well one adapts and responds to running with tempo, virtual coach and application of sports analytics. With long-term usage of this device, one can actually learn a lot on how the body copes with stress, exhaustion and recovery during workouts.

For me, this device did its job of adding value, fun and motivation to my workout and provided me a new, in-depth overview of my workouts such that I can identify the various factors and match to how I felt about the run. On top of that, with Sony’s signature soft-touch of colors, stylish yet practical product design do tempt one to forget about the price tag and grab one from the shelves.

Sony’s Smart B-Trainer™ is retailing at a recommended price of S$399, in five eye-catching colours (yellow, white, blue, pink, and black) and is available at all Sony Stores, Sony Centres and selected Sony authorised dealers.

Click here for more information on Sony’s Smart B-Trainer SSE-BTR1. In addition, Sony is now having their Year End Promotion from now till 3 Jan 2016, which includes the Smart B-Trainer™ ($50 cash back). Check in-stores for more details.

* Disclaimer: This review represents the genuine, unbiased views of the author. The author was provided with a free unit. Sony’s products are being / have been advertised on JustRunLah! via different channels.