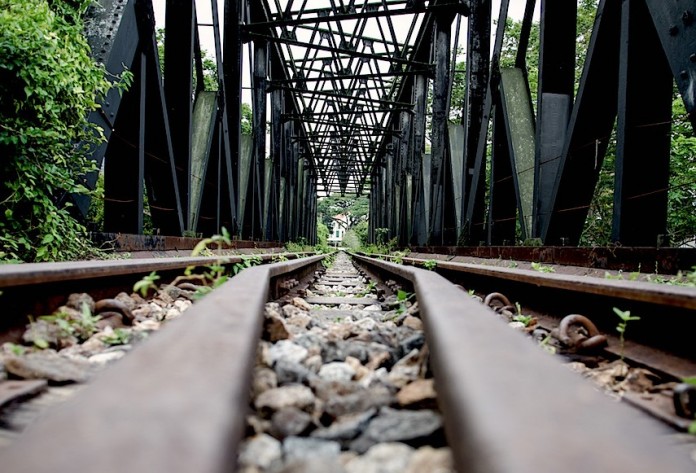 Singapore Rail Corridor has been a popular running route, providing runners a safe, uninterrupted and peaceful run in Singapore. This unique corridor is a green passageway stretching from Bukit Timah to Tanjong Pagar and connects many green spaces together along the way. Unfortunately, the Singapore Rail Corridor will be closed in 2016.

Following the press release from PUB on 30 June 2014 – to meet future water demand in the city area, about half of the 22 km pipeline from Murnane Service Reservoir will be laid underneath the lower half of the Rail Corridor. Construction work is expected to commence in first half of 2016 and complete by 2019. The stretch of Rail Corridor on south of Holland Road, which sits between between Tanjong Pagar Station and Bukit Timah Station, will be affected and some sections of the corridor will be closed temporarily.

PUB has consulted the Rail Corridor Partnership Group and assured that an Environmental Impact Assessment study will be conducted before the works to minimise the impacts and that alternative public access will be provided along the corridor to minimise disruption. The pipeline will also go under or around wildlife spots including a bat roosting site, and historic structures such as the former Bukit Timah Railway Station and a brick culvert along the Rail Corridor.

Long-term conservation of the green corridor

Dr Balakrishnan posted on his Facebook: “I agreed to this plan because it not only enhances water resilience, but it is also one way of guaranteeing uninterrupted public access along this corridor for hopefully a century and beyond.”

Tan Chuan Jin posted on his Facebook: “This is a good move in terms of meeting our water needs and particularly in securing the continuous space we aim to keep as we develop the Rail Corridor.”

While there will be inconvenience for users along the southern stretch of the corridor over the next 5 years, this short-term disruption would eventually lead to the long-term conservation of the corridor. After the pipeline has been laid, the surface of this stretch will be maintained as a contiguous green space for public recreational use.

Before the rail corridor closes for the next few years, take this opportunity and join in the Compressport Rail Corridor Run which falls on 31 January 2016! Experience a race along the rail corridor, running from the historic Bukit Timah Railway Station via Singapore’s rail corridor to Tanjong Pagar Railway Station. Embark on the 5km or 10km heritage trail, and bring yourself through an enriching journey of history, and flora and fauna. This is a race that you would not want to miss!