It was a wonderful weekend in Bintan, more so for participating in the Ironman 70.3 Bintan race. This is my third 70.3 event and as the sayings goes, ‘third is a charm’ is indeed true.

Due to many factors such as proper nutrition, double training sessions, good weather and racing with a more relaxed mindset, I achieved a personal best time of 6hr 9min compared to 6h 32min in Da Nang in May. I was pleasantly surprised and satisfied with my race result and felt relatively comfortable during the race (Maybe i should have pushed much harder hur).

So here’s a pre-race and race day recap.

JRL Acadmy and Metasport for the complimentary slot

Team Bandung for the swim trainings

World of Sports for Mizuno brand 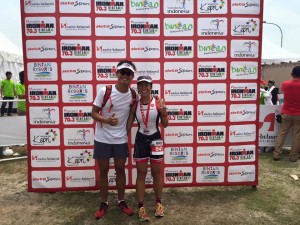