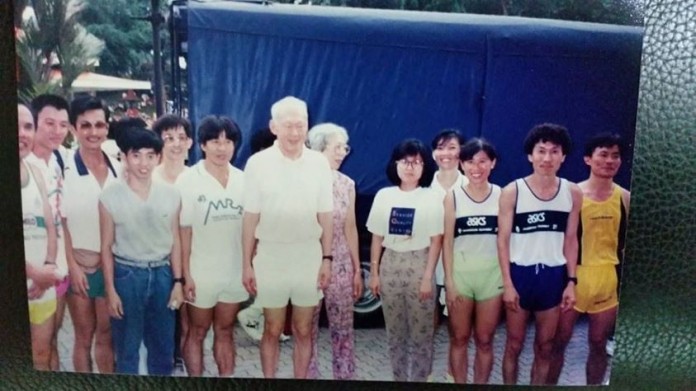 JustRunLah! presents a collection of images contributed by various running groups and individuals around Singapore, paying tribute and choosing to remember our Founding Father, Mr Lee Kuan Yew, in various ways. While we may be affiliated with different running clubs and societies, we stand united as one single running community – the Singapore running community.

Mr Lee Kuan Yew has run the marathon of his life. He had run it strong, he had run it well, and he has earned a much-deserved podium finish. Fellow runners, the race is not over. The baton is being passed over to us – we, the fortunate ones, who continue to reap what he has sown. We have inherited the legacy, and it is our privilege and our responsibility to continue marching forward, as one united people.