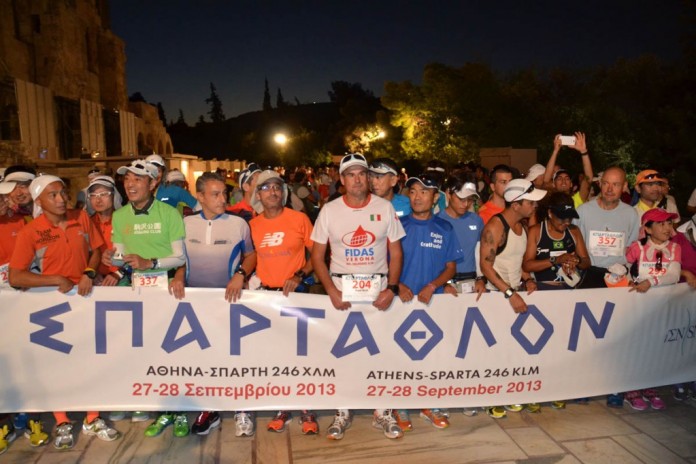 Recently, Singaporean ultra runner Ong Kai Wei tackled the 245km Sparatathlon, which is billed as the toughest road race in the world.

Cut off times for the runners are very tight

The main reason for the difficulty of this race is primarily because runners are required to complete the distance within a short 36 hours.

Moreover, to keep the athletes in check, cut off timings are also imposed on the various checkpoints along the course. These include a time of 9 hours and 30 minutes at the 81km mark and 16 hours at the 123.4km checkpoint during the race.

So this means that runners can’t simply go faster at the beginning, give themselves a bit of a time buffer and take it easy at the latter stages. Rather, they have to be on their toes throughout the entire distance.

Surreal moment for Ong when he finished the race

It was a very surreal moment for Ong, a 39-year-old research engineer, when he crossed the finishing line. But it took many months of hard work. In fact, Ong had developed a five-month training plan solely dedicated to preparing himself for this race. And now, he feels that it has definitely paid off. It was not easy for him

But even though he was well trained physically and mentally for this journey, the going was not easy for him, though. Only 42km into the race, he suffered an ankle sprain and had to force himself to push through the pain barrier for the rest of the distance.

Has always dreamt of taking part in the Spartathlon

However, despite the setbacks, not once did Ong think of giving up throughout his arduous journey. After all, this event had been one of the races that he had always dreamt of finishing – ever since he took up running about five years ago.

Now plans to take part in a 48-hour endurance challenge

Now that he has finally completed his Spartathlon journey though, Ong isn’t going to take it easy. Instead, he now plans to take part in a 48-hour endurance challenge – to test his own limits and see just how far he can go.