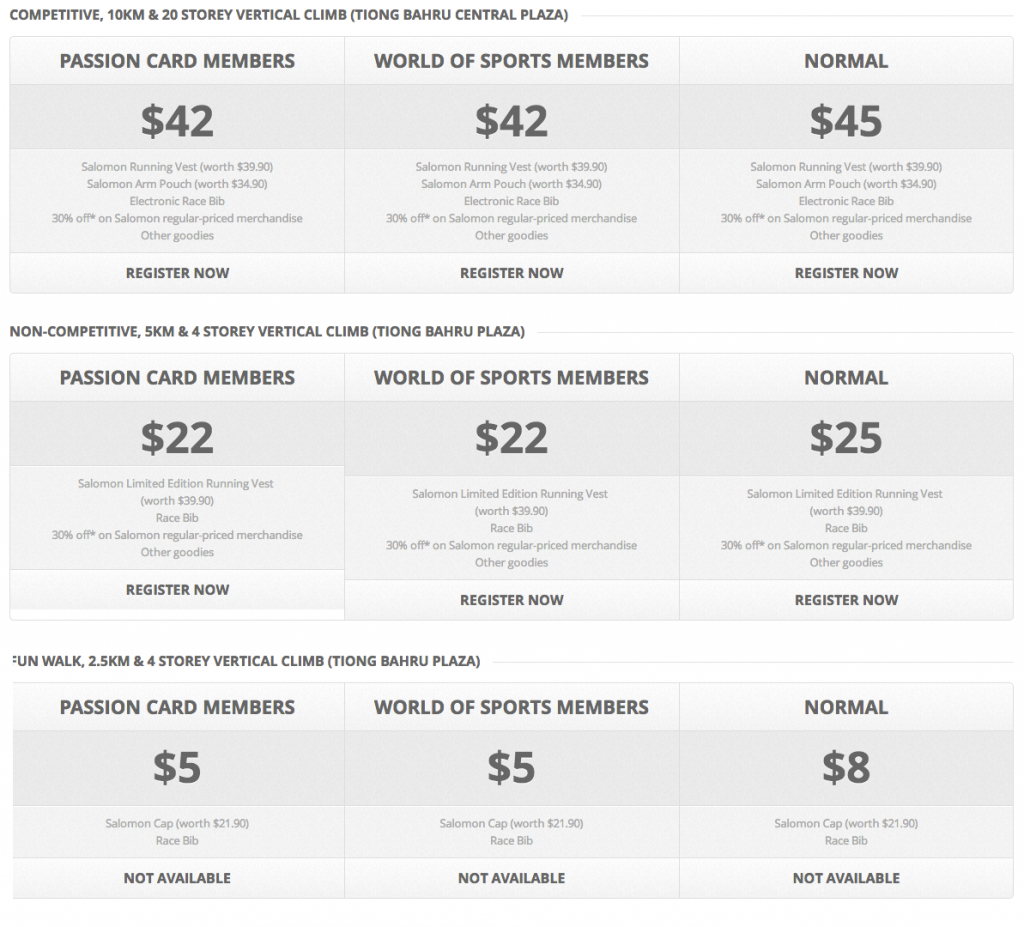 More about this event
rail running typically involves running on unpaved or unmarked roads. Most people consider this more challenging physically and mentally as one is faced with difficult elements –uneven terrain, steep hills, fallen trees – and some surprises that you don’t normally encounter on paved roads or sidewalks.
Whether you’re new to trail running or a seasoned off-the-beaten-path runner, pursuing your passion off-road also opens up a whole new world of vistas and breathtaking discoveries. One that promises just that and more is the upcoming Tanjong Pagar-Tiong Bahru Salomon Vertical City Trail Run.
First flagged off in 2011, the inaugural Salomon Tiong Bahru Urban Trail Run gave the 1,500 participants the opportunity to race and experience the 800metre Marang Trail. With an elevation of 70 metres, the trail consisted of steps and shaded footpaths through secondary forest. The run also brought participants through six overhead bridges including the highest pedestrian bridge in Singapore, the Henderson Waves, which provided a scenic view of the city to Telok Blangah Hill Park.
After the very successful and memorable first edition of the run in 2011, organisers are cognisant of the fact that expectations from runners this year are high. They promise that no stone will be left unturned to make this year’s event one of the best trail races in Singapore.
Participants can expect to run through Singapore’s most historic and well-preserved landmarks within Tiong Bahru estate. This year’s edition is also made even more challenging with element of “vertical” challenge which includes the 20-storey Tiong Bahru Central Plaza or the 4-storey Tiong Bahru shopping mall. The various race categories will ensure that runners of all abilities can take part.