Comment
Mobile app
Entitlement
Entry fees
Registration fee information are not yet available. Please check back at a later time.
More about this event
Asia’s most exhilarating vertical race – the Swissôtel Vertical Marathon returns on Sunday, 24 November 2013. Witness world-class competition at its peak as more than 2,200 participants blaze up 1,336 steps over 73 storeys in the shortest time possible. Soaring at a height of 226 metres as one of Southeast Asia’s tallest hotel, Swissôtel The Stamford has been the site for Asia’s most gruelling Vertical Marathon since its inauguration in 1987.

The Swissôtel Vertical Marathon is also the sixth leg out of seven vertical races in the Vertical World Circuit® which unites some of the world’s most iconic skyscraper races in eight capitals across four continents, mainly New York, Basel, Taipei, Beijing, Hanoi, Singapore and Hong Kong. At the top of the league, the champions in the Men’s and Women’s Open categories will gain entry to the final race of the Vertical World Circuit as well as fly to New York, USA for the prestigious by-invitation only Empire State Building Run Up 2014.

Download our free app (for iOS / Android) to shortlist races, keep track of your results, and save your notes and photos.
Runner's Entitlement
Race Apparel
Photos not yet available. Please check back at a later time.
Finisher Medal 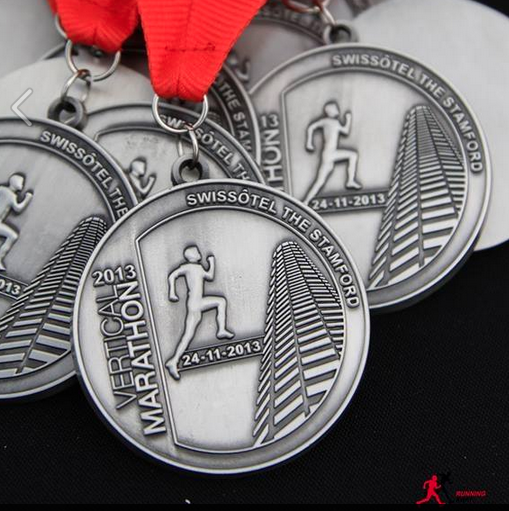