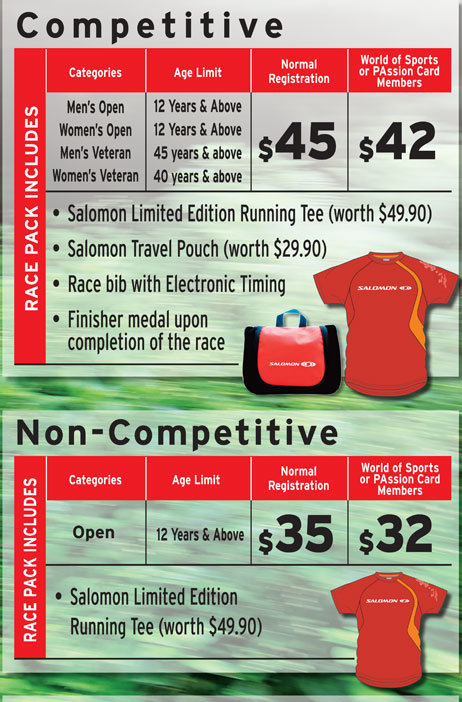 More about this event
The Salomon X-Trail Run 2011 will be held at the Tampines Mountain Bike Park & Trail on the 20 November. This annual event started since 2008. The event was the first 100% trail running event in Singapore organised by PA Water-Venture & VGO Corporation.

Unlike other running event, Salomon X-Trail Run offers runners a chance to run in an environment with a natural setting. Runners will be constantly presented with challenging hills, winding path and stream crossing throughout the route. Since the inception of the Tampines Mountain Bike Park which hosted the Singapore Youth Olympic in 2010, there is some change in the character of the terrain compared to previous years’ route.

For those who prefer a less intensive and challenging terrain, there is a ‘Fun Run’ category of about 5km of running distance. This route presents runners a relatively easy off road running terrain yet runners can still enjoy the beauty of the natural surroundings. 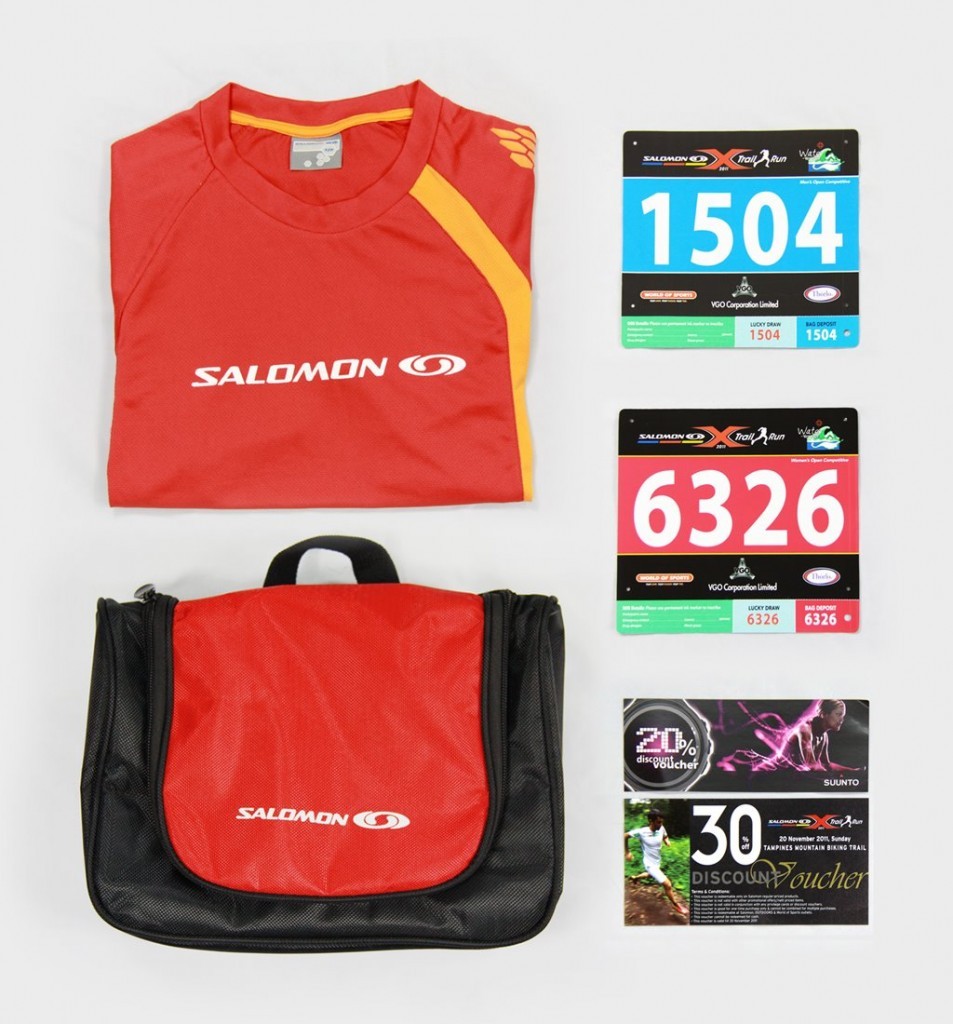