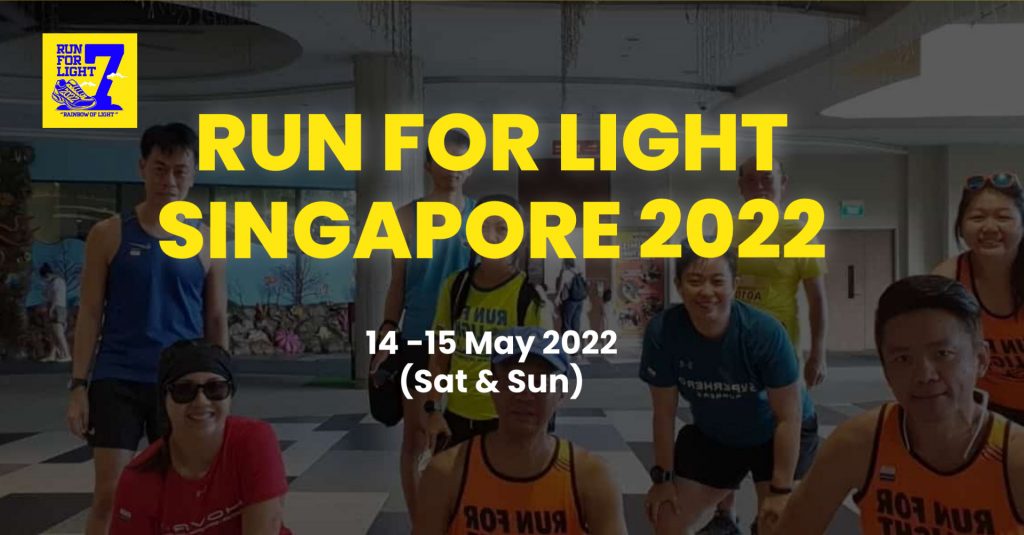 How To Get There:
If you are taking MRT, head to Punggol Station and transfer to Sam Kee LRT Station
Bus number 39 & 82 if you are taking public bus.
If you are driving, please park at SAFRA Punggol and walk a short distance
Entry fees

More about this event
Rainbow Of Light
Seven colours form a rainbow and this is the 7th edition of Run For Light. Befittingly, the theme for this year is Rainbow of Light which signifies HOPE emerging from a very challenging period the world has seen. The annual run event did not beat a hasty retreat when the pandemic struck but pressed on with virtual runs in the previous two editions. The 7th edition run will return with an on-site race scheduled on 14th May 2022, Saturday at Punggol Waterway Park and a virtual race from 14th to 15th May 2022, Saturday & Sunday.

Let the seven colours in the “Rainbow of Light” shine bright in the 7th edition of Run For Light. Live Well, Race Well & All Will be Well!

The Hybrid Run
RFL2022 will go the hybrid way which incorporates both on-site and virtual run at the same time. There are two race distances in 5KM and 10KM. The on-site run and hybrid run will kick off on 14 May, Saturday. Exception is virtual run which will be over a 2-day duration and runners get to run anywhere & anytime within the stipulated timeframe. The official timekeeper is Sportsplits.

Given the current restriction, total of 600 on-site runners get to compete in the 5KM and 10KM categories on a controlled flag-off basis. It is important to note that runners must be fully vaccinated before they are allowed in the zone on race day. For virtual race, the onus is on the runners to choose a safe route using the event tracker app.

There are 300 runners for 5KM fun run (non-competitive) and 300 runners for 10KM competitive run for the on-site race. Registration is based on first-come-first-served until all allotted slots are filled. For virtual run, there is no cap in participation number. However, there are podium prizes in the virtual run for 5KM and 10KM which incorporates with Qooline Run Challenge – Tiger Series June bi-monthly race.

Important Note: Runners must be fully vaccinated if they are doing the on-site race and proof of vaccination status must be presented to duty personnel on race day. They will be flagged off in waves and safe management measures (SMM) are to be strictly adhered to. 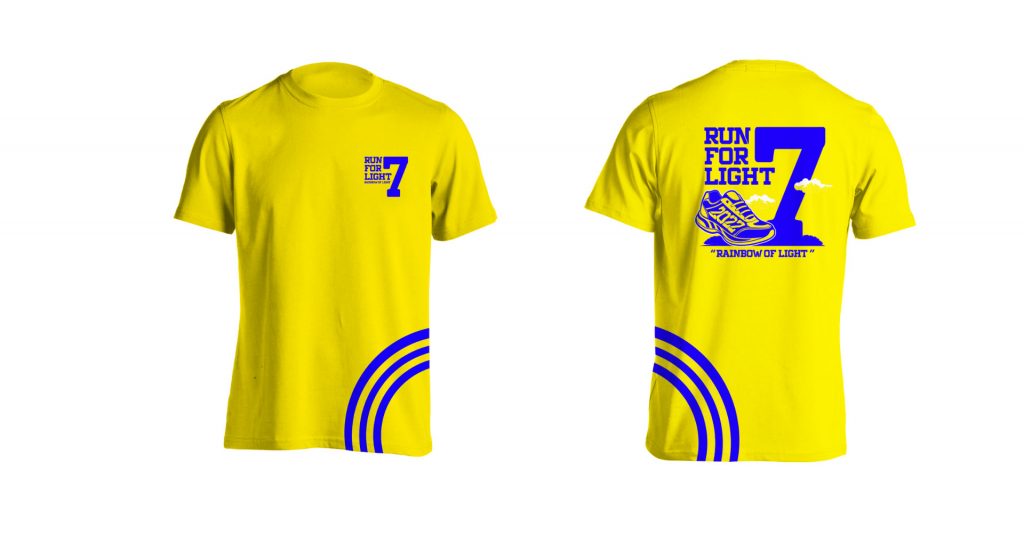 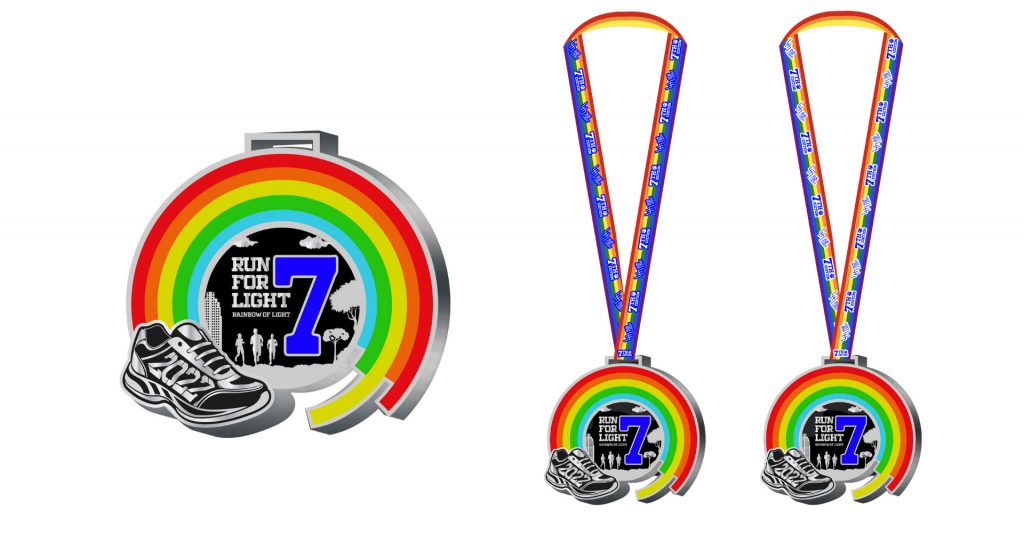 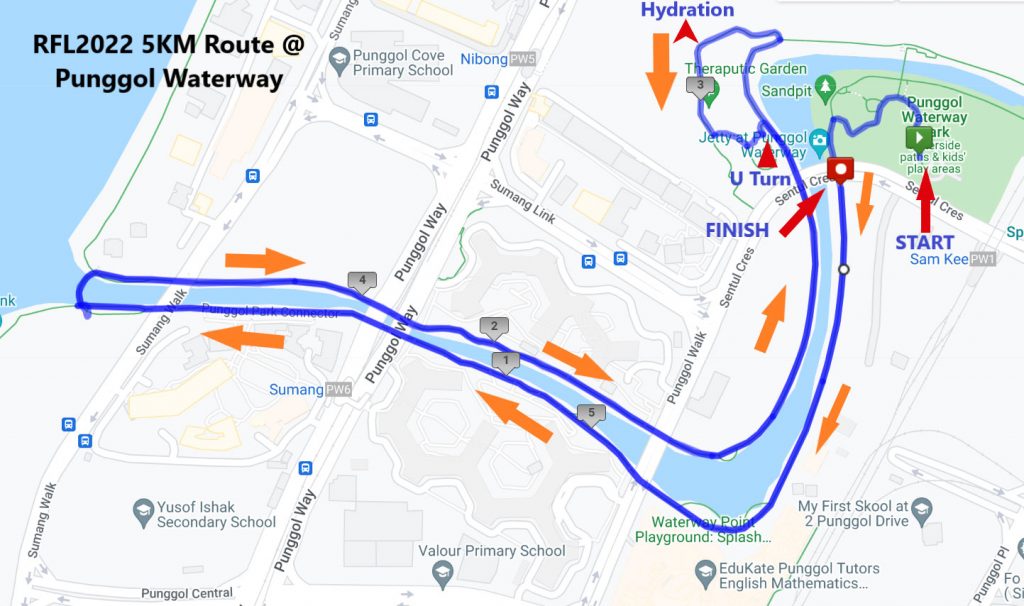 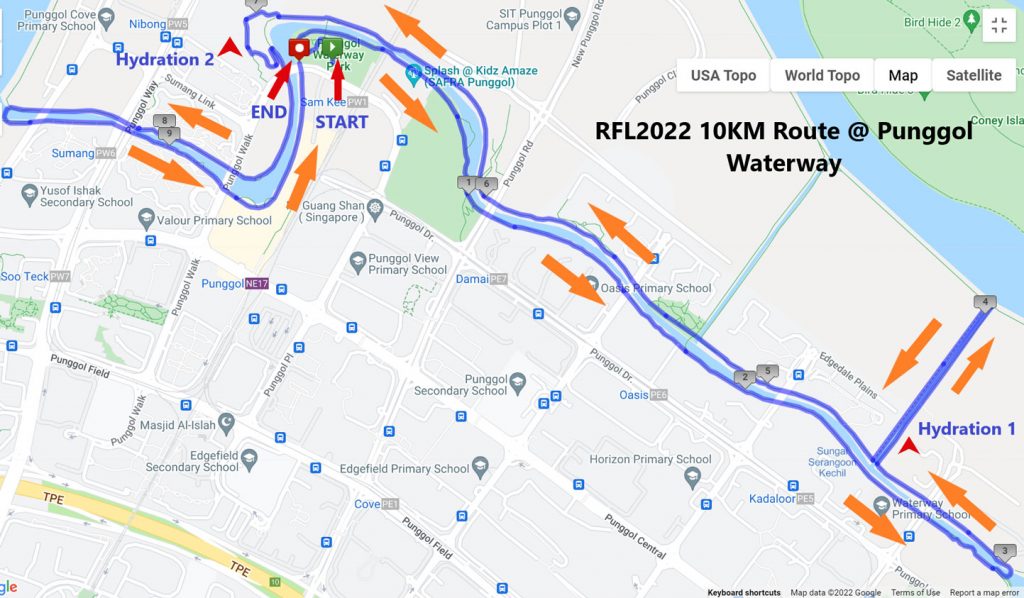 7 Foods You Should Never Eat Before Bed