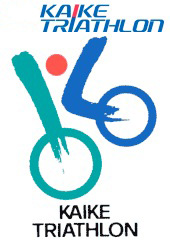 Comment
Mobile app
Entitlement
Entry fees
¥ 39,000
More about this event
Kaike Triathlon was the very first triathlon held in Japan, at the beautiful coast of Kaike Hot Springs on 20th August, 1981. At that time, there were only 53 participants, including two women.

Six months prior to the triathlon, The Kaike Inn Union were planning for the 60th anniversary of Kaike Hot Springs, and wanted to celebrate the image of health and beauty connected to the sea. They discussed what are the type of sports that had not been done in Japan. While many of the men in Kaike Inn Union were challengers of various competitions, they were not yet triathletes.

One member recalled having heard of a new kind of sports competition in Hawaii, where one person competes in three sports as part of a race. The staff researched these claims and learned what a triathlon was all about. The idea of a triathlon seemed to fit the picture they were looking for.

In helping to realise the triathlon, previous challengers and guidelines of the Hawaii triathlon were utilized. Two Japanese who had participated in the course at Hawaii, Mr. Seiichi Nagatani from Kumamoto and Mr. Teiichi Tsutsumi, attended as invitees from the Kaike Inn Union. Additionally, the manual from the Hawaii triathlon was translated, studied and used to plan the course for the Kaike Triathlon.

Our database has
6885
listed events.
Get tickets

Standard Chartered HK Marathon 2020 is Cancelled in Respone to Coronavirus...