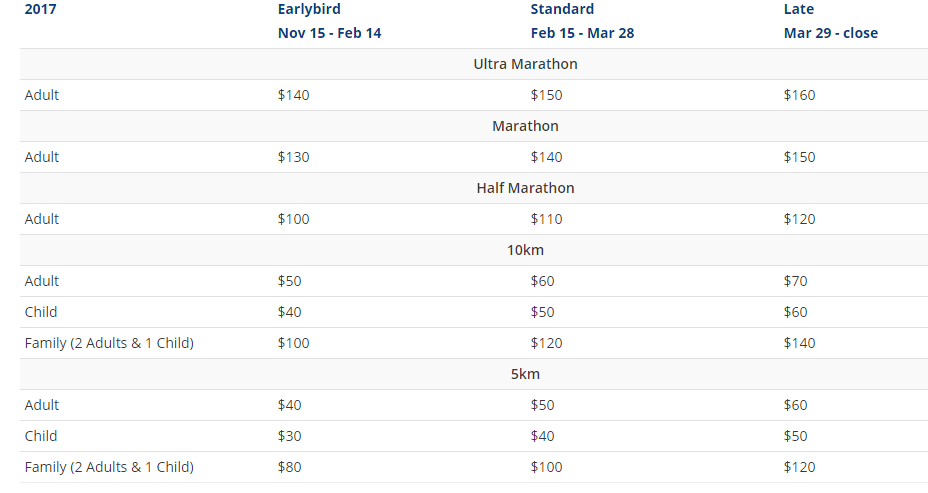 More about this event
Long-distance runners from right around Australia are set to converge on Canberra this coming April at the iconic Australian Running Festival on Saturday 8 April and Sunday 9 April, 2017.

Entrants from near and far can set themselves a new bucket list challenge, in celebrating a full weekend of healthy lifestyles, fitness and fun across the scenic course that showcases the best of the nation’s capital.

Established in 1976, The Canberra Marathon is the oldest city marathon in Australia. Now incorporating a 5km, 10km, Half Marathon and Ultra Marathon as part of the Australian Running Festival across the weekend.

The 5km and 10km events trace streets of Telopea Park while The Canberra Times Half, Full and Ultra Marathon events follow the parliamentary triangle along the banks of Lake Burley Griffin, finishing on East West lawns. In 2016 the Festival will host the 50k National Championships for the 3rd year.

Our database has
7080
listed events.
Get tickets