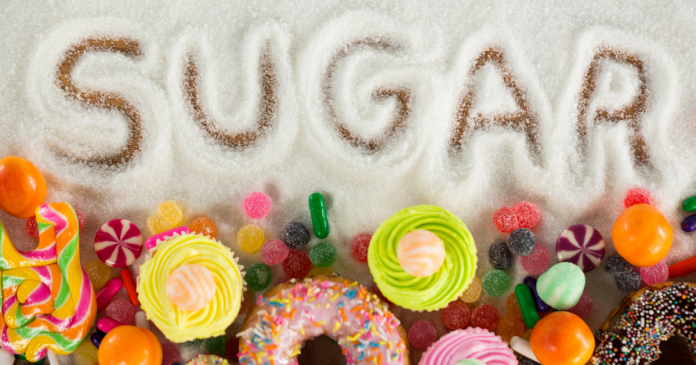 A high sugar diet can be harmful to your health for several reasons, from depression to heart disease.

Researchers at Harvard University studied thousands of adults over the course of 15 years and found those who consumed 25 per cent or more of their daily kilojoules from sugar were, in that time, more than twice as likely to die from heart disease as those whose diets included less than 10 per cent of added sugar a day. Among the worst offenders are sweetened beverages, grain-based snacks, fruit drinks, and dairy desserts.

A Journal of the American Medical Association meta-analysis found that sugar does not affect children’s behaviour. Instead, it spikes blood pressure and cholesterol.

In Australia, the average person consumes 60 grams of sugar a day, which is around 14 teaspoons. It is well above the World Health Organization’s (WHO’s) recommended daily limit of six teaspoons for women and nine teaspoons for men.

4) Sugar is as bad for your liver as alcohol

Fruit sugars, such as fructose, are processed in the liver, but other sugars are not. Increasing consumption of foods with added sweeteners has led to an increase in non-alcoholic fatty liver disease (NAFLD). The liver breaks down excess fructose into fat globules that travel through the bloodstream and lodge around your midsection and internal organs. Similar to alcohol-induced liver damage, NAFLD causes inflammation and scarring. It is one of the leading causes of liver transplants.

5) Sugar may keep us up at night

According to a 2016 study published in the Journal of Clinical Sleep Medicine, eating more sugar (in combination with less fibre and saturated fat) leads to lighter, more disrupted, and less restorative sleep.

6) Sugar disrupts with our cholesterol

A 2010 study in the Journal of the American Medical Association found that as added-sugar intake increased, HDL (good cholesterol) levels dropped, increasing the risk of cardiovascular disease. In addition, women who ate more added sugar had higher levels of LDL density (bad cholesterol).

7) Sugar can make affect your mood

In the long run, eating ice cream after a bad day may only make you feel worse. Researchers at Columbia University Medical Center found that post-menopausal women consuming diets high in added sugars and refined grains were at an increased risk of new-onset depression. In contrast, those who consumed dietary fibre, whole grains, vegetables and unprocessed fruits had a decreased risk.