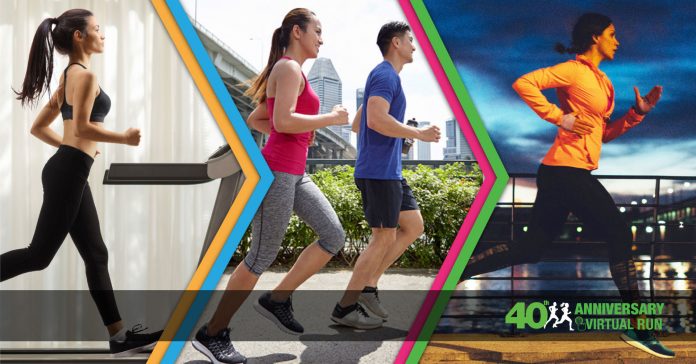 Singapore, January 11, 2021 – Premier global nutrition company, Herbalife Nutrition, has wrapped up its 40th Anniversary Virtual Run in Singapore. Held from November 1 to December 6, the run saw participants from the public, as well as Herbalife Nutrition members and employees, overcoming their health inertia to run a total distance of 16,500 kilometers – which is equivalent to circling around Singapore’s coastline by over 85 times.

“After months of sedentary living under lockdown and movement control measures, it is high time for us to start moving again,” said Jason Leng, General Manager, Herbalife Nutrition Singapore. “It is heartening to see the public, as well as our employees and members participating in our 40th Anniversary Virtual Run, and clocking an impressive total distance of 16,500 kilometers. Not only did the top runner go the distance to cover over 336 kilometers – equivalent to running eight full marathons on his own, the top team also clocked 946 kilometers – an incredible feat! We are glad that the event has encouraged Singaporeans to run for their health, and we hope this will help to restart their healthy living momentum once again.”

As the highlight activity of the company’s Get Moving With Good Nutrition campaign, the Virtual Run was also held in celebration of Herbalife Nutrition’s 40-year track record of bringing good nutrition, and promoting healthy actives lifestyle to people from around the world. During the Virtual Run, participants tracked their actual run via compatible mobile apps and devices, and received a limited edition Herbalife Nutrition 40th Anniversary Virtual Run medal and an e-certificate upon completion of their distance goals. The Virtual Run also attracted over 14,000 participants from the Asia Pacific region, to clock a total distance of 600,000 kilometers during the month-long event.