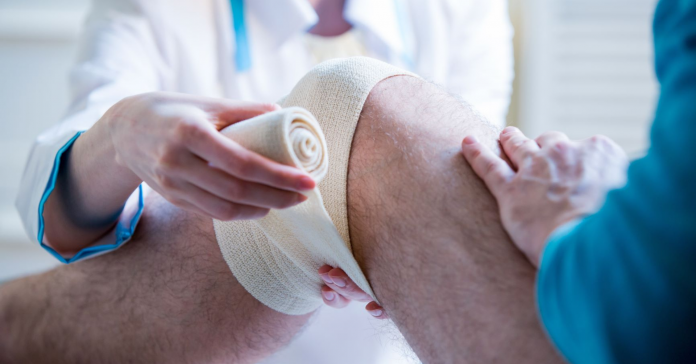 Running is an interestingly common sport that’s popular among people of all ages. While running is one of the friendliest activities that you can try during your free time, some people take running to a higher level and participate in running sports.

Being a runner, you should be prepared to experience some kind of injury at least once in your running career. In fact, 79% of runners suffer from injuries at least once a year.

Since runners aren’t immune from experiencing running accidents, it’s still important to be informed on what injuries are common among runners and how they’re treated accordingly. Essentially, most of these injuries will involve the lower body, which runners constantly utilize for their running.

Here are eight common injuries that runners should be careful from experiencing:

Symptoms of plantar fasciitis can vary depending on the person, but they usually include a popping or clicking sound, a sudden and sharp pain, and swelling. Also, plantar fasciitis in runners can occur in any joint in the foot.

In fact, plantar fasciitis in runners may also occur in other areas of the body, like the neck and back, because the plantar fascia runs under so many nerves and tendons that a person’s range of motion may be compromised.

Plantar fasciitis causes a lot of pain and discomfort, especially when walking. The best way to alleviate the pain is to rest your foot for at least a day. The pain can also be relieved by wearing compression socks that help relieve the pressure.

If the pain and discomfort are so bad that you’re not able to walk for more than a few minutes at a time, you should contact a doctor or visit this website.

Stress fractures are one of the most common injuries among runners and other athletes. Runners frequently injure their bodies through repetitive exercise, especially when doing long runs. Injuries caused by this type of stress to the joints and ligaments can be painful and can even lead to permanent damage.

Running also promotes bones strengthening over time, which is good for runners, but as with everything in life, your bone will be unable to withstand too much stress over too short of time

There are many factors that can cause a stress fracture such as pressure exerted on your bones by running, specifically the stresses of running and jumping. Another factor is the stress of being thrown around, especially during sprinting and running on uneven surfaces.

Achilles tendinopathy is a common condition that occurs mostly among younger runners who don’t take any special care to prevent it. This injury causes pain on one side of the foot that starts from the heel area and gradually progresses up the leg towards the ankle joint. There’s no specific reason for this condition and no definite cures or treatments available.

Therefore, most runners who suffer from Achilles tendinopathy prefer to undergo some sort of physical therapy, especially rehabilitation. In fact, treating this condition is the same as treating patients who suffer from rheumatoid arthritis. As such, treatment involves correcting and strengthening the Achilles tendons.

Rehabilitation is an essential part of treating Achilles tendinitis in runners. Therefore, you should ensure that proper exercises are undertaken to strengthen the muscles involved in running. These exercises include stretching and strengthening, which can last from three to six weeks. Once the rehabilitation program is complete, the doctor may require the runner to continue with the rehabilitation for a longer period of time, if necessary.

A muscle pull injury is usually caused by a misalignment or improper technique used, especially when training for high-distance runs. Muscle pull in runners occurs when the muscle fibers are pulled too tight or too far from the direction of motion. It’s a common injury that occurs by stretching the muscle far beyond its optimal range.

When a muscle pull occurs, the body tries to repair the damage as fast as possible, causing another muscle problem called tendonitis. Tendonitis is caused when the muscles that surround the injury are pulled toward the original injury. If your muscle pull goes deeper than the tendon itself, it can also cause a rupture in the tendon. This can cause a person to experience pain along with the muscle, sometimes to the point that moving becomes difficult. In these cases, it’s a good idea to consult a doctor and get treatment as soon as possible.

The best way to prevent a muscle pull injury is to avoid doing too much of a single exercise and don’t make the mistake of doing so with little rest in between each set. Also, keep your elbows up when you’re running. If you have to pull your knee out during a run, try to keep it down as much as possible and don’t let it drag on the ground. Runners who don’t avoid these mistakes tend to end up with injuries like muscle pull and even tendonitis.

Shin splints, or tibial stress syndrome, happen when a runner suddenly increases their running volume, particularly on hard surfaces. Shin splints occur along your shinbone, which is in the inner parts of your lower legs.

Moreover, they’re caused by the bone being overworked and can be aggravated by running shoes that lack cushioning and shock absorption. This causes the bone to become more susceptible to bone spasm, resulting in shin splint. Many medical practitioners will advise runners to wear supportive footwear with a firm but soft midsole to absorb shock.

Fortunately, tibial stress syndrome isn’t a serious injury. It may disappear provided you have enough rest. If you’re still required to run with shin splints, it would help if you would lessen your running frequency.

Ankle sprain injury in runners is more common than people imagine. A major reason for this is that runners frequently rotate their ankle while running because of an abrupt stop or beginning an exercise at a wrong angle. The ankle is often bent inwards to absorb the shock while the foot turns out and away from the direction of motion, and, at the same time, to protect the ball of the foot.

This can be dangerous in a variety of ways. For one, if the foot is twisted out or pulled slightly away from your body’s center of gravity, you’ll experience an immediate jarring sensation in the ankle.

An acute ankle sprain can be a very serious injury. In fact, an ankle sprain can lead to permanent nerve damage and nerve compression. Because of this, ankle sprain in runners should be treated immediately and appropriately by a doctor to minimize the possibility of long-term, permanent, or debilitating consequences. To prevent the possibility of another sprain or injury from occurring again, a doctor will most likely recommend that the athlete return to their normal activity level after the treatment is complete.

Your leg has a long, connective tissue called the iliotibial band (IT band) or Maissiat’s band that traverses from your outer hip to knee. Your IT band has a plethora of functions: abducting, rotating, and extending your hip, as well as knee stabilization. However, the overuse and repetitive flexion and extension of your IT band can cause an injury known as the IT band syndrome.

When your IT band becomes inflamed, tight, and irritated, it’ll induce friction on the outside of your knee during stretching or bending. Typically, younger athletes who use their knees frequently become the victims of IT band syndrome, such as runners, cyclists, hikers, soccer players, basketball players, and weightlifters.

To avoid IT band syndrome, make sure that you avoid the following training errors:

This last injury focuses more on your hip than a combination of your legs and knees. Bursa is a small, sac-like, cushion structure in your bones, such as the hips, which is filled with fluid that lubricates the motion of joints and tendons during any activity. Bursitis occurs when your bursa becomes inflamed. Fortunately, bursitis is commonly a temporary condition that doesn’t cause any kind of deformity in your hips.

Your body possesses over 150 bursae, but runners specifically injure only three of them:

To treat hip bursitis, the runner requires intensive physical therapy involving stretching and strengthening exercises for the hip muscles and lower back. For more dangerous cases of hip bursitis, surgery can be a good option. However, this surgery involves removing the bursa itself, and it’s still unclear if it would affect your running abilities. Therefore, it’s important to discuss this with your therapist.

While running is a simple activity, it’s overwhelming that the slightest mistake on your running angle, speed, or turn can put you into a compromise of having these injuries. Since most runner injuries happen due to overexertion, runners must know how to make the most of their training without pushing themselves past their limits, while still doing their best to improve their running ability.