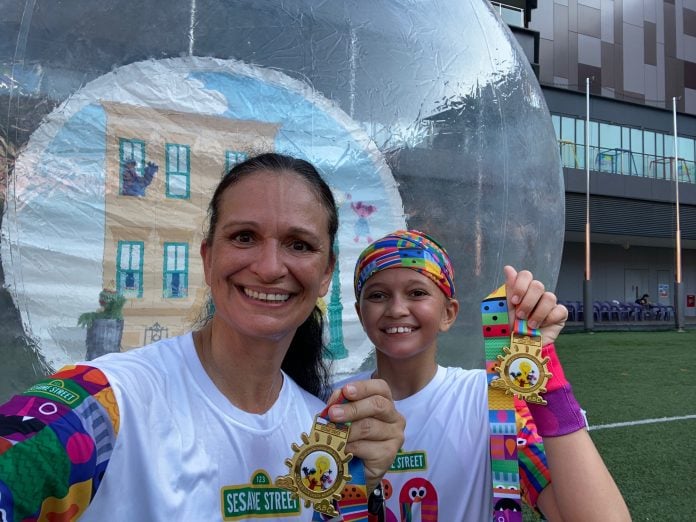 Who didn’t grow up with Sesame Street or at least the knowledge of it and its lovable characters.  Of course my favourite was always Elmo cause he’s fiery and red just like me, except for the red, cause I’m not but it is my favourite colour.  He’s also loud and energetic, I wonder if that’s more of a reflection of me.

So it goes without saying that my girl and I looked forward to joining the Sesame Street Run Tour, not just for the giant birthday cake blowout but also for the wacky socks, cap and colourful tees and maybe snap a pic or two with the furry characters. Sadly they ran out of socks and cap during race pack collection and although they promised to have it available pre-race the next day, that wasn’t the case.  They didn’t have the stock after the race either nor did they know who I could contact, so I gave up and went off to have a nice strong coffee at Starbucks.

Although the race time was listed as 7am start, I didn’t realise it was for pre-flag-off announcements and birthday celebrations as there was no information available on how the event was going to run nor a map of the race route.  So it looked like we were winging it.

As VIP ticket-holders at 7.20am, by which time we were wondering what was happening, we were corralled into a separate VIP section at the front of the stage where a young MC was talking on the mike.  It was difficult to understand what was being said as the acoustics were off but at least her enthusiasm and energy kept most people riveted to their spot.  A line-up of furry characters ensued followed by a birthday song and eventually we were led back to the start pen and flagged-off at 7.50am prior to the general public ticket-holders.

After a lap and a half around the Tampines Hub we were directed by volunteers holding up letters of the alphabet (you know how the ABC song goes right?) into the HDB estates to run on the walkways between HDB flats.  As we returned toward the Hub we merged with the 2km walkers and pretty much came to a standstill with no pathway to run.  It was unclear where the finish of the route was so after seeking some assistance I was direct to the end inside the stadium.  We had at that time completed only 3.5km but we weren’t willing to walk the rest of the way as there was nowhere to run, as the walkers took up all the space.

We collected our medal and skipped the VIP passes for further activities as we needed to be elsewhere by 9am. The exit wasn’t clear at all and needed to seek further assistance till a kind young man helped me out and directed me to Starbucks where hubby was waiting with food and a big strong coffee.

To sum it up, the event needed some refined organisation but as a small scale, community orientated race, it was okay and manageable.  I don’t think there was full value for the VIP ticket holders that paid $110 per ticket especially for those who missed out on the socks and cap.  I thank JRL for the complimentary tickets and the opportunity to assess and analyse the event objectively.  I hope the organisers learn from this and refine their internal systems for future events.

For my girl and I we always look to make the best of any given situation so whilst there were some frustrating moments, we still managed to get good value out of our experience.  Besides she’s already hijacked my tee to use as her sleepwear at home.  Lots of colour bouncing around at home. 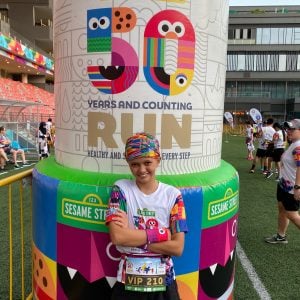 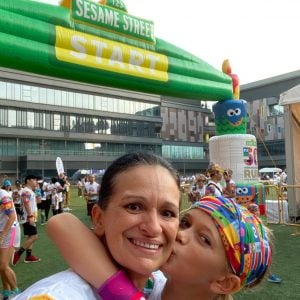 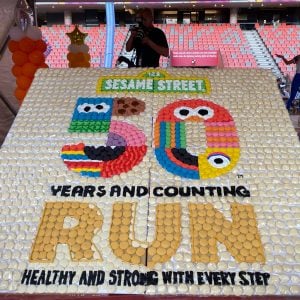 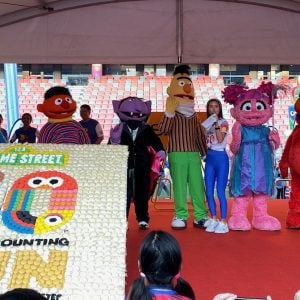 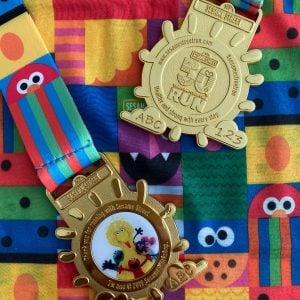