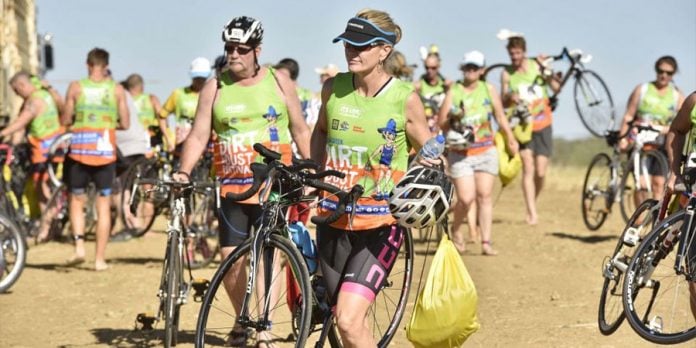 What gear do you really need for triathlon?  It’s not as complicated as some may want you to think. Getting in to the sport of triathlon is easier than you might realize. Especially if you are already a cyclist, swimmer, or runner, the transition to doing three sports in a race instead of just one really isn’t all that much.

What we love about triathlon is the cross-training. Instead of pounding the same joints day-in and day-out, you can spread out your training.  Your cardiovascular system gets worked each day, but your muscles and joints get to engage in a variety of ways instead of just one.

The barrier for many people is the gear – if you are a runner, trying to figure out the swim and bike gear can be a little daunting.  Same goes for if you are mainly a cyclist or swimmer.  It does not need to be.  Here, we want to give you the simple answer on how much equipment you need to do a triathlon.

We will give you an overview of the basic gear you need, in this order:  Accessories, and then Swim, Bike, Run.

Having enough gear to complete a triathlon is really pretty simple.  The first thing you might want to think about is all the stuff that is not part of the actual swim, bike, or run, but those things you want with you at the race itself.

Most people like to have a little energy or nutrition with them – either gel packs or other energy bars.  You power up just before the race, and then again at the transitions.  Don’t forget about water, which is a great thing to take plenty of on the bike.

Racers also like to have a way of keeping time and pace – usually a good triathlon watch or even their phone with an app (but not in the water).  That helps you monitor your race performance, but is also very useful during your weeks of training that might lead up to the race.

Finally, you need some type of pack or bag to carry it all in.   This does not have to get complicated, but keep in mind you may have a bit of gear, and some of it might be wet. There are triathlon bags made specifically for multisport and triathlon, but the truth is you can just use a gym back or any old bag.

Beyond that, you may want things like a race belt, anti-chafe roll-on, and other accessories, but you really don’t need much if your goal is simply to do a race. 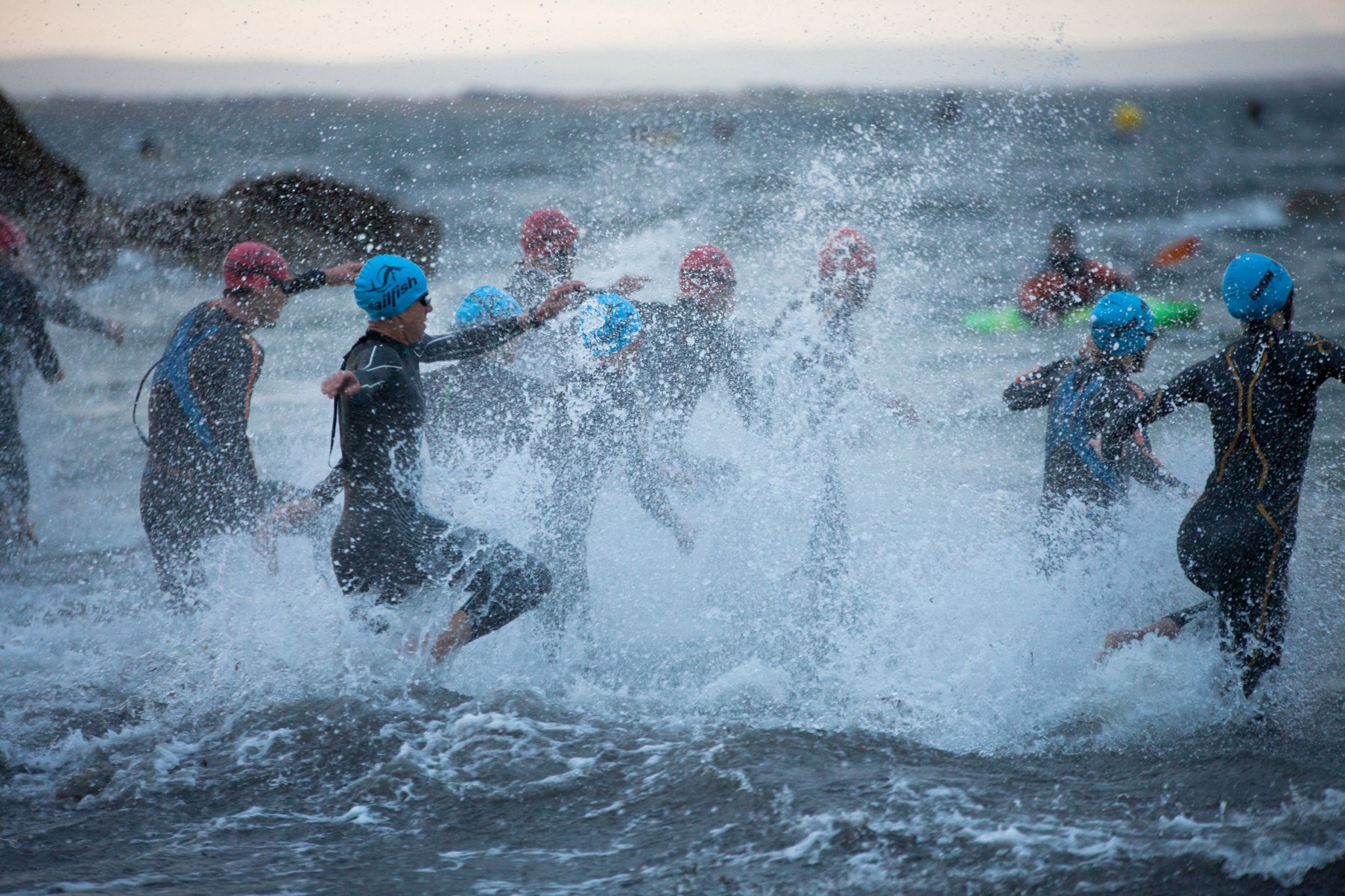 The swim leg is pretty easy, gear-wise.  You will need goggles, and you will wear your triathlon shorts (men) or singlet / suit (ladies) in the water.  Other than that, the big decision is if you want a wetsuit.  Most races allow wetsuits, some don’t.  People like wetsuits because of the warmth, and the added buoyancy.  If you use a wetsuit, just be sure that it is meant for triathlon.  Many wetsuits are meant for surfing and don’t provide range-of-motion for a good swim stroke.

Your race will always provide a swim cap.

The leg of the race is where you can spend a lot of money, but you don’t have to!  Most people who simply want to complete a triathlon will use whatever bike they have access to – their old road bike, a commuter bike, or a friend’s bike (as long as it fits).

For people who want to be competitive and see how fast they can be, it is best to use either a road bike or tri bike, and one that fits well.  You can spend thousands on a bike, but most cyclists will do just fine on anything that is not terribly heavy and fits them just right.

The race will require you to wear a bike helmet, and you would be crazy not to have some eye protection while you ride.  Other than that, just be sure you have the right shoes to match your pedals, a shirt that you can wear for the bike and run, and you will be in business.

We recommend starting on a bike that is adequate – ideally a road or time trial design – but saving the big spend for when you know that you will be doing a few tris, or perhaps doing a longer race like and Ironman.

The run leg is pretty easy, especially considering that your typical triathlon has done a bunch of 5Ks or 10Ks.  You will want your running shoes, and anything else that helps you run comfortably.  Beyond that, you are really free to choose whatever you want.  Most people just keep their same clothing on from the bike leg, taking their helmet off and changing shoes.

It’s Not that Complicated

There you have it.  You could easily spend $5,000 or more to get outfitted on the right bike, buy a high-end wetsuit, and have the latest tri watch or bike computer.  The fact, though, is that doing a triathlon doesn’t require a ton expense.  Most of what you need is already within reach.