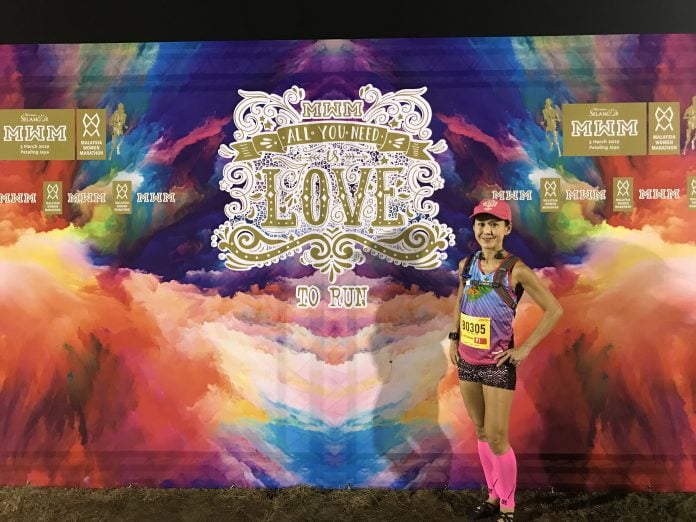 The Malaysia Women Marathon was held at Petaling Jaya this year, joined this race in 2013 and 2015, but felt that this year edition, organisation was not as good and there were a lot that needed to be improved.  That being said I still enjoyed the race very much.

Came to this race with another of the Tortoise Runner, Alice, she is more of an ultra trail runner, so when she asked me to go for this, I gladly accepted.  We signed up around October last year.  This year the main organizer is Check Point Asia. 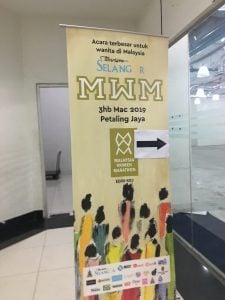 Petaling Jaya like Shah Alam is pretty quiet town.  Race collection is at AB Tower which is near to the start and finish line, Padang Timur.  This big field is the main event space for many activities in Petaling Jaya.

If you have chosen a no entitlement race ( meaning no medals, no tee shirts), the goodie bag will only consist of your number bib and some brouchures).

The original dates for the collection was on weekdays as we could not make it, we had to write in to ask for collection on Saturday instead.  There was nothing fancy at the collection, just sale of Tee shirts and some hand made soap.

This year’s race route is really confusing, before the race, I read through the map and Goggled the land marks so that I will not get lost.  Having lost before in Malaysian Races, I know this is not uncommon, especially if you are going for a faster timing.

Support was okay but mainly just isotonic and water, only the last few points were provided with banana.

Route itself can be mentally challenging because it starts a 2am, all around is dark, and having to do it 2 loops kinda make you feel bored about it.  Many of the faster runners got lost the second loop because the marshalling and signs were not very clear.  The confusion caused them to run shorter and cause them to be disqualified.

The Finishing was a bit confusing because the medal collection and tee shirt was quiet far from the ending point.  Some of the runners do not even know where.  This year, with the option of not having any runners entitlement makes the collection point very chaotic and confusing.  The volunteers at some point was not able to handle the crowd and in the end there was a large human jam when the 5km runners finish. 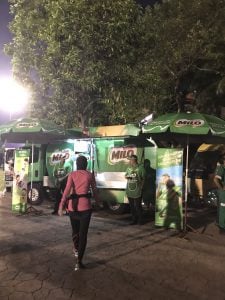 However, runners still get free cereals, banana, a Milo bar and hydration at the endpoint.  There were also the usual Milo booths, Nestle Cereals and also Nescafe coffee truck for the runners to relax and enjoy some refreshments before they leave.

THE PROS & THE CONS

Sad to say despite being Southeast Asia’s only all Female road race, the expectations are definitely going to be high.  However, compared to the past editions.  The standard has really dropped. The complicated race route, not well planned out race village, lack of stock for medals, these are just some of the main complaints from the participants.  But that does not mean that there are no good points for this race.  I felt that the volunteers were very helpful although they are not informed about the whole operations.  The beautifully designed medals with different selections of race entitlements allow runners to chose and save up if they do not want the tee shirts or any other finisher’s entitlements.  Milo, Nestle Cereals and Nescafe trucks offered the finishers some good refreshment after their race.  Really hope that they will do better again next year and gain back the support from the participants.