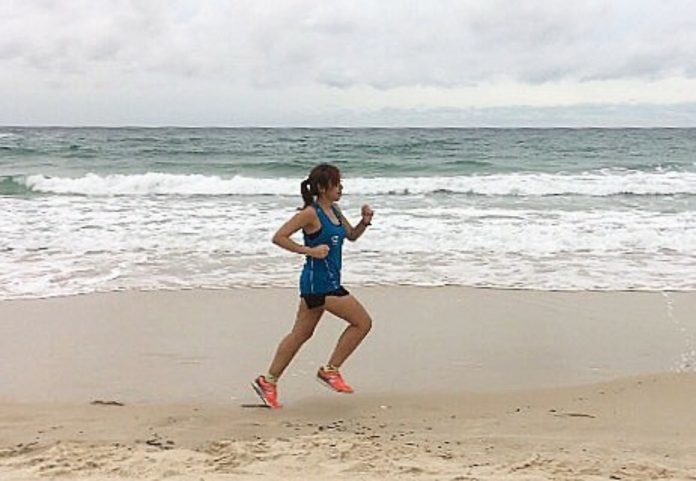 What’s the most embarrassing thing that may happen while you were out running or running in a race? Some of us will understand these situations and will feel for them as we may have landed in these situations as well before. Hopefully, we can avoid them or simply just pray for the lesser the chance of it happening on us! 😆

In races there may be a lot of photographers around capturing our photos and we are not aware of and ends up we found photos of us very unglamourous like grasping for air or eyes were half closed. Or like me, took multiple shots and plenty of time while out running trying to have photos for Ig and FB as “punch card” or “evidence” that we did our run today! 😂 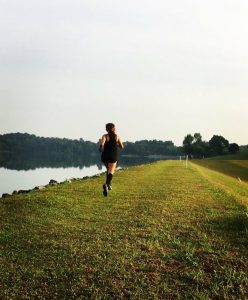 This would be very common during races or running at places with many runners. You thought someone was waving at you or wanted to give you a high five or said jiayou to you but ends up it’s actually meant for the person behind or beside you 😂 Luckily the awkward moment won’t be long because you would have ran past that person already 😆

Many situations will lead to a fall, such as wet or slippery floors, didn’t see a curb, legs giving way suddenly while running or you just slipped or tripped in situations such as stepping on your own shoelaces or tripped over tree roots that were protruding out from the pavements. Professional advice is to check for any bleeding and blah blah blah, but my own advise to myself is to look around and see if anybody saw, if someone saw, get up immediately and carry on if I’m able to, and treat as nothing happened 😆

Some ladies smell super super nice even after a long run or after a race,they brought sprays along with them, and even brought fresh sets of clothes and look for a place to shower after their runs, really sibeh effort and considerate. There were times after running when I took public transportation such as bus and MRT back, I must’ve smelt terrible because within 5 seconds, the passenger who tried to sit beside me decided to place their butt on another seat. Gomenasai! 😂

This can be super painful, irritating and embarrassing all at the same time. With friction between the skin and clothes or skin to skin and sweat or sometimes due to running gear not suitable such as armband, we’ll get abrasions. We can have abrasions at our armpits, inner thighs, arms, chest, back or hip area. And the abrasions will caused some parts of the skin to darkened and become unsightly. The most undesirable ones I think were the abrasions got in the inner thighs because after that you tend to walk very unsightly by opening your legs wide wide with every step or even walks like crab or penguin 😂

Perhaps it’s Qi Gong or some sort of breathing exercises, but I’ve heard all sorts of vowels or similar that people uses for breathing while running. Heeeheeehee, Hurhurhur, Ahhahhaha, Woowoowoo etc.

Some people really sweat a lot and the sweat spots on our clothes sometimes can be super ugly such as just at the armpit area and also the groin area as well. But even sweat stains of weird shapes is still ok, the more jialat ones are blood stains from nipple bleed mostly from men and menses for the ladies 🙈

Yup, sometimes just because jiak ho liao before the run, the way you breathe or due to medical conditions and there comes the non-stop farts 🙉 There may e’en be somacheache and worst still if you couldn’t control it till you find a toilet! 😱 Getting nervous and anxious for the run, drank too much water or even feeling cold can results in keep wanting to pee as well 😢 It’s quite a common sight guys will pee in the bushes along the route openly but womens couldn’t do that eh 😂

No, you didn’t want to cheat and run a shorter distance but other runners thought so or something, neither do you want to run that extra distance but you just missed a turn because simply you’re blur sotong or directions signs not clear or the road mashalls were dreaming 😂 For ultra distance it’s really important to carry a whistle along to alert the runners who ran the wrong route or to help yourself if you were lost.

[Talking to yourself but you’re not crazy]

Motivating yourself and ended up saying out loud things like “jiayou!”, “finishing soon!” and etc when you’re trying to keep yourself motivated. Or even crying out when you thought of some personal matters or etc when you’re running but running is cheaper than therapy!