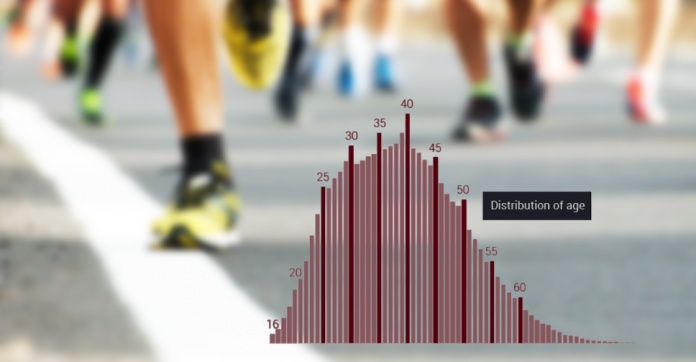 Research shows that you are more likely by 12% to finish a marathon when you are at a milestone age.

RunRepeat.com has recently conducted a study based on over 2 million results from almost 150 races. Their results indicate that the probability to run a marathon is 13.34% higher at the beginning of a decade (i.e. your -0‘s) and 10.15% higher when the age ends in 5.

Experts including Jason Fitzgerald (Head Coach of Strength Running) and John E. Coumbe-Lilley (Clinical Associate Professor of Kinesiology and Nutrition) suggest that this trend is due to the power of these ages to provoke contemplation together with the desire to celebrate this milestone with a “not everyone can do it” type of achievement. 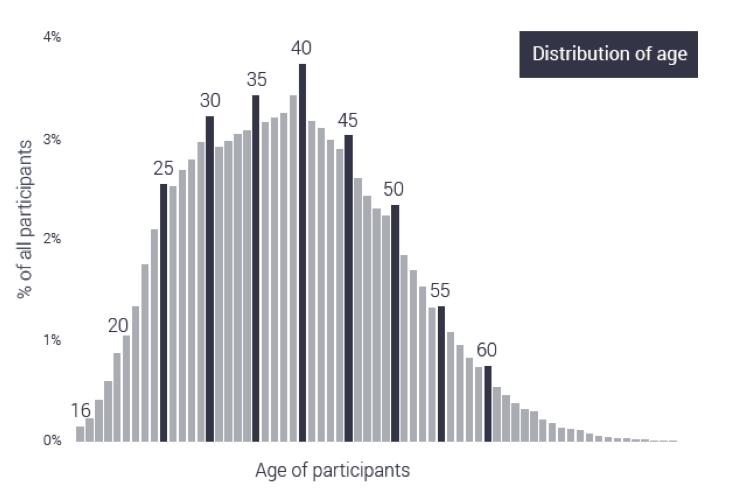 Quoting Susan Arruda (6-time fitness champion and certified Personal Trainer Specialist) “The mid-decade milestones bring a smaller spike in participation, but they are still powerful, because they are making us think that we’re more than halfway to the next decade.”

“And for a lot of people, running a marathon is one of those things they want to do at least once in a lifetime, so a milestone age is a good time to cross it off the bucket list.”

How do the genders compare?

Female and male participation follow different distributions. Women’s participation peaks at 30, and men’s at 40. Also, the spikes for women at the milestone ages are more pronounced. 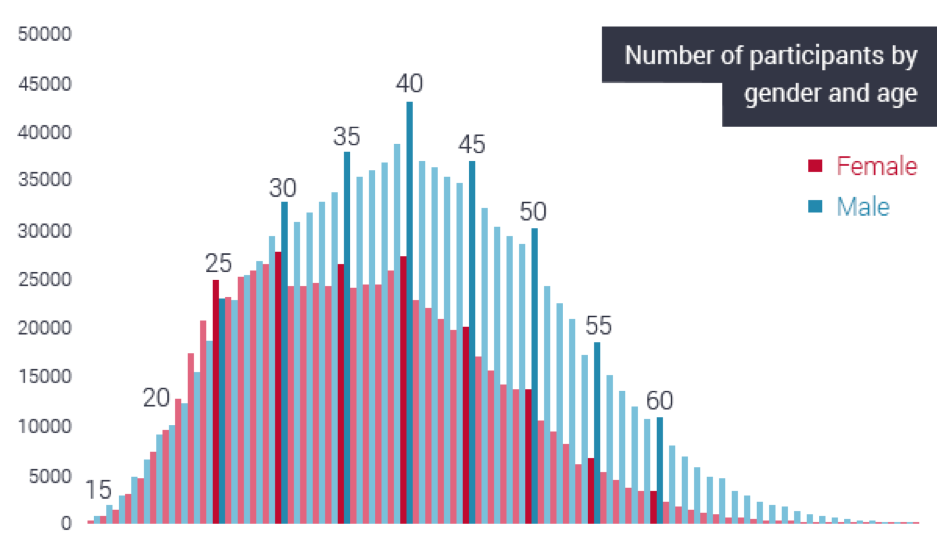 Women are 15.1% more likely to run a marathon at the beginning of a decade and 12.3% more likely in the middle of the decade.

These differences could be explained by a number of reasons. Various experts have given their own reasonings:

These opinions are backed up by the data. As we can see, men and women finish marathons in equal numbers by the age of 27 – 28. Then the numbers of male participants greatly overshadow the numbers of women.

Is this true for you? Do you remember what age were you when you ran your first marathon?

Or, if you are still planning for it, be sure to check out running calendars and free mobile app.

This study has been conducted by Jens Jakob Andersen a former competitive runner, founder of RunRepeat and statistician from Copenhagen and Ivanka A. Nikolova, Ph.D. in Mathematical Analysis.

Adapted from RunRepeat.com with permission.