The two-day STAR WARS DAY: MAY THE 4TH BE WITH YOU Festival concluded with a bang this evening with the second edition of the STAR WARS RUN Singapore 2018. Presented by local event organiser Esprimo and supported by Singapore Tourism Board, the festivities drew legion of fans from Singapore and around the region who came together as one to celebrate their love for the iconic franchise.

Mr Ang Han Wee, Race Director of the STAR WARS RUN and Founder of local event organiser Esprimo shared, “We are heartened by the great turnout at the second STAR WARS DAY: MAY THE 4TH BE WITH YOU Festival. We would like to thank the fan clubs for their on-going support; Mr Albin Johnson, founder of the 501st Legion and the stunning R2-KT for taking the time to join us in our celebrations this year. As we progress into the third year collaborating with The Walt Disney Company Southeast Asia, we look forward to bringing more magical experiences to the young and the young at heart.”

The thematic night run saw over 10,000 local and overseas participants across three race categories, including the competitive 10km, non-competitive 5.4km and the inaugural 540m Young Jedi Dash – a category specially designed for children aged 4 to 9 years.

Participants got to choose one of two routes – to join the Rebellion on the Light side or were called to the Dark side. Despite being divided between the Dark and Light sides of Force, the runners remain united as one strong STAR WARS force.

In addition, runners in the non-competitive 5.4km were roused up in a unique flag-off where Light and Dark side participants ran in opposite directions, and were treated to a sensational pyrotechnics display that illuminated the Singapore skyline. Members from the Rebel Alliance, and soldiers from the Empire further excited runners when they appeared at the start line to flag off the Light and Dark sides respectively. 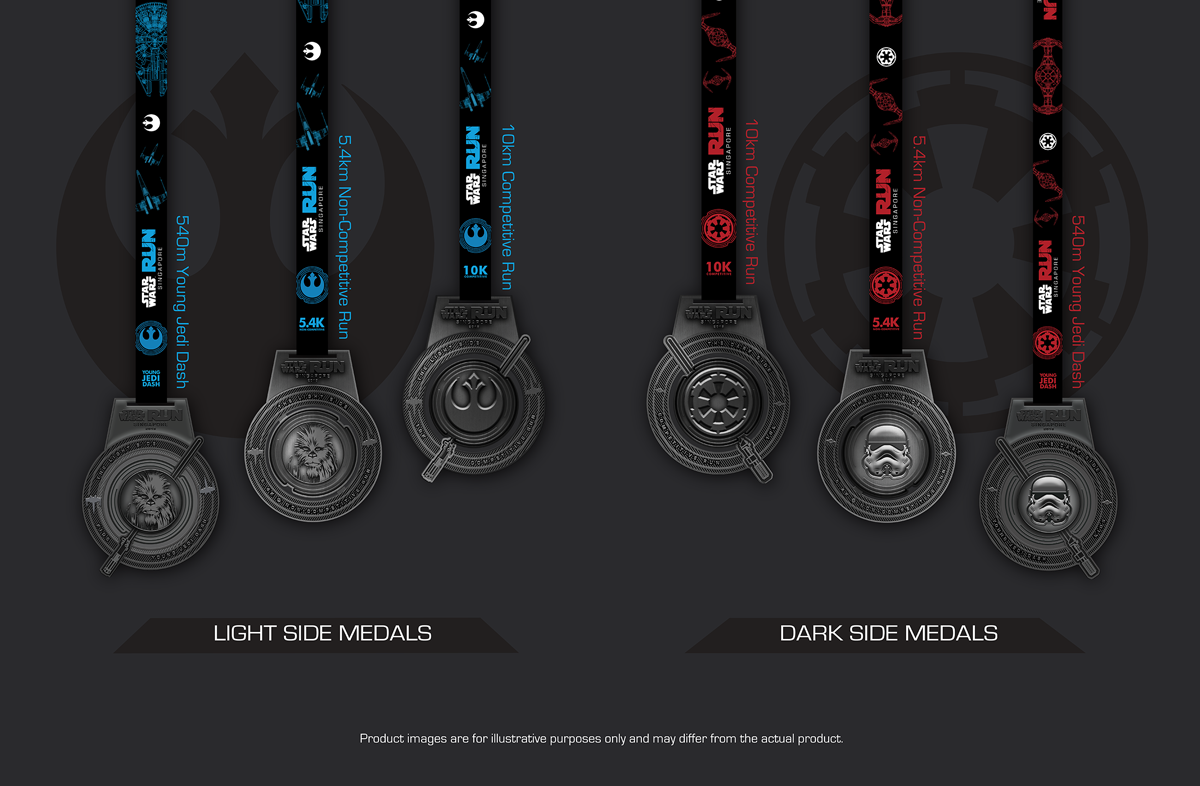 The STAR WARS legacy proved to transcend generations, with participants of all ages and fitness levels participating in the run. This included the three-generation family of six that took on the 5.4km run on the Light and Dark sides.

Mdm. Chia, 77, who participated in the run with her children and grandchildren, shared: “This is my first time taking part in a run so it is an extremely memorable experience for me. The run was a fun opportunity to bond with my family.”

STAR WARS fans were also in for a sweet treat when they got up close and personal with the founder of the international STAR WARS costuming organisation, 501st Legion, Albin Johnson, and his special pink astromech droid, R2-KT, who were roving around the festival grounds on both 4th and 5th May. The stars were warmly welcomed by huge fan crowds who were here to meet them for the first time.

One of the fans among the crowd was Ms. Tina Gan, 50, shared: “I am super-excited to meet Albin Johnson and R2-KT. When I heard R2-KT was appearing in Star Wars: The Force Awakens, I went back to the cinemas at least 3 times to search for her scenes. It was such an honour to be able to thank Albin Johnson and R2-KT for all the good deeds they that they have done, for the joy they have brought to the fandom and for the hope they have inspired in the Star Wars community.” 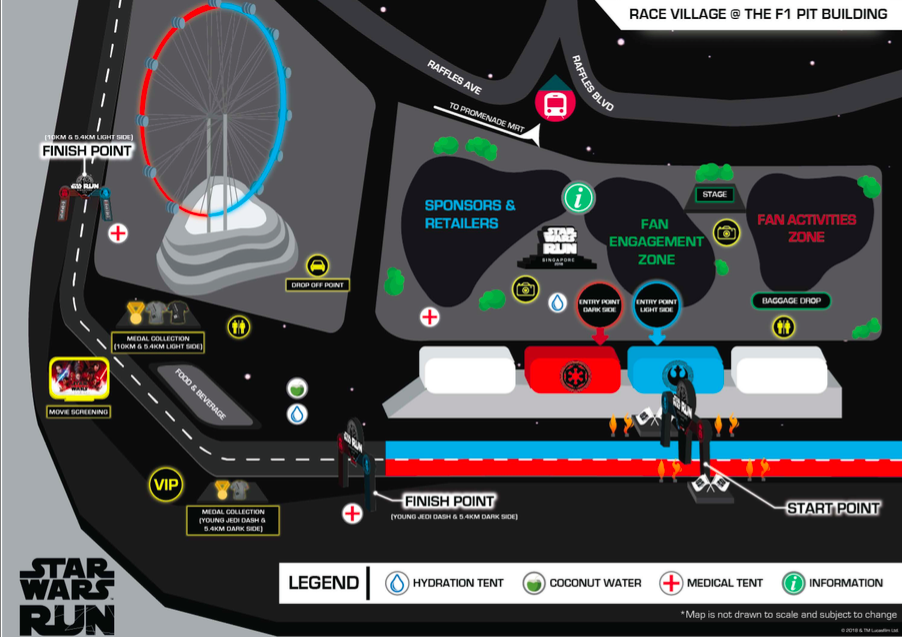