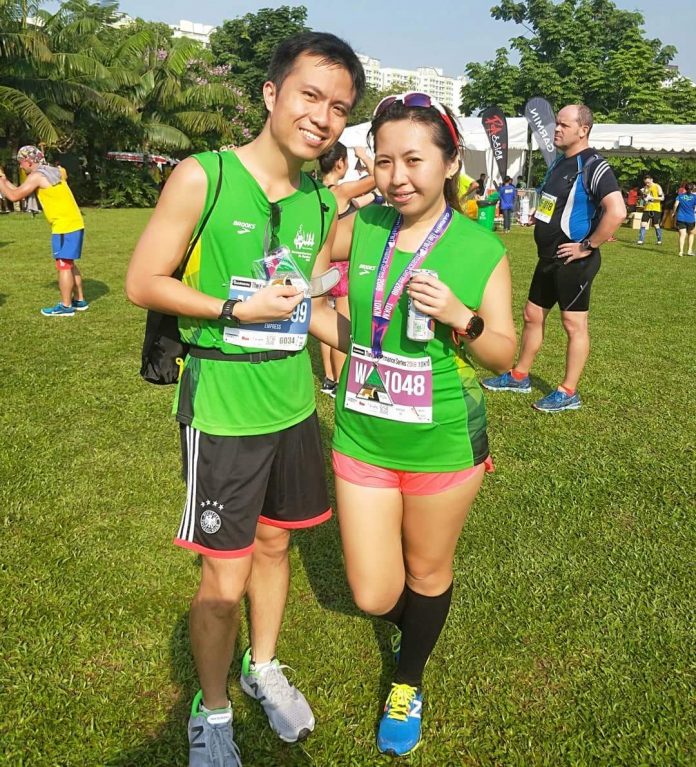 It’s a rather busy month for me because of running events and race pack collections almost every weekend this month. For the previous series of TPS in 2016 and 2017, I’ve only went to one of the TPS races each and it’s only now I’ve just realised it means that I’ll need to collect race packs for TPS for a total of four times this year 😂 It would be awesome if runners who’ve registered for the bundle of four races can collect all the race packs for all the four different races at once.

The Performance Series is a series of running races throughout the year at different locations in Singapore. This year, the races is held at Punggol, Pasir Ris, Bedok and East Coast and just looking at location and my favourite place is Punggol as its nearest to home which means less traveling time. Last year’s there’s the 21km, but this year there’s only 5km and 10km distance category available this year and I participated in the 10km category. Race pack collection was at City Square and when I collected the race pack, there’s no one in queue and I collected the race pack and left just within a few minutes.

On race day Willis and I took a Grab to race site at a lawn beside Punggol Safra just about 30 minutes before flag off and headed to deposit our belongings. I will rather Grab than take public transport as I can save at least an hour of extra time to sleep. Baggage deposit and collection was very well done and efficient as our bags were labelled and put in shelves. Baggage is really important to many runners including me, most importantly is that our belongings have to be safe and it doesn’t take long to deposit and collection our baggage. I will be very cranky if I got caught in a situation if I need a long to to collect my baggage. Imagine after a tiring run you just want to rest or mingle around with friends but end up spending time queueing for baggage instead 😂 Not forgetting to mention I tio shocked by a race just recently in Malaysia which I decided to head home instead of run because of how they handled our bags. The runners bags were all piled up like mountains and I didn’t want to risk losing my bag or end up waiting for hours just to collect my bags so I chose not to run though I went through all the hassle traveling into Malaysia from Singapore and just head back Singapore directly. I think I’ve made the right decision, it’s not like I can carry that estimated 10kg sling bag to run a 21km though in the end I didn’t know their baggage claims took how long, but that Iskandar Puteri Night Marathon was considered by many runners as one of the worst runs ever as theres no water for runners at many of their hydration points and even re-name it as Iskandar Puteri Nightmare Marathon 😂 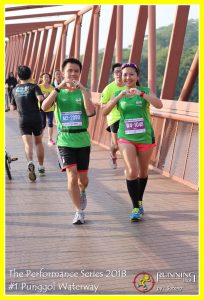 Flag off for the 10km category was at 7.30am and was on time. It’s pretty humid and hot already and sun was out by the time of fall off. Though a little sun shine is good, but I preferred earlier flag off It was at a park opened to public so we’ve to run with care with all the cyclists and e-scooters and public runners. I’m totally drained at TPS because of running at The Music Run the previous day and just after 1km into the run at TPS, I felt the abrasion at my upper inner thigh, so with all the friction and rubbing it’s so awfully painful and spicy 😭 I didn’t have the energy to run as well so Willis was with me the entire run running, walking and chit chatting. The distance markers were available at every km with motivational words and the distance were accurate. The route was of full of greenery as we ran along the waterway to Coney Island and back to the finishing. I always enjoyed running there because of the scenery and there’s no traffic lights, it’s pretty nice to long distance runs there. Water points were only available at 4km and 8km, which I feel that if there would be an additional water point spaced out something like 3km, 5km and 8km and it will be good if the water was cold and if isotonic water were provided will be great. What I like about the run is that there’s hydrations available at event site so runners can have some water before the run. I think that it would be good if they offered wet sponge along the way, the Music Run offered wet cold sponge for the 10km runners and it was so shiok! 😍 It was the first 10km run which I participated in that offered wet sponges. It’s just that after participating in so many runs, expectation increases and will make some comparison. Some organisers really spoil the market by offering runners with the goodies 😄

Willis and I were all drenched in sweat when we completed the run, took the medal, the 10km finisher tee and a can of cold 100 plus before we head to Punggol Waterway Point near by for breakfast. It was hot by the time we complete the run as it was already about 9am, I was wishing for an ice cream or a cold towel but at least I had the cold 100 plus. If there’s an option for us to choose finisher tee and cold towel, I think I rather have a nicely printed commemorative finisher cold towel that was soaked in ice water than a finisher tee. Too many runs with finisher tee already.

Results of the run is efficient and were out and available shortly on their website and Facebook page. You may check your results here. Already looking forward to running the other upcoming series of TPS already to complete my medal collection for the whole series 😍 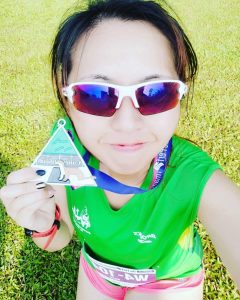