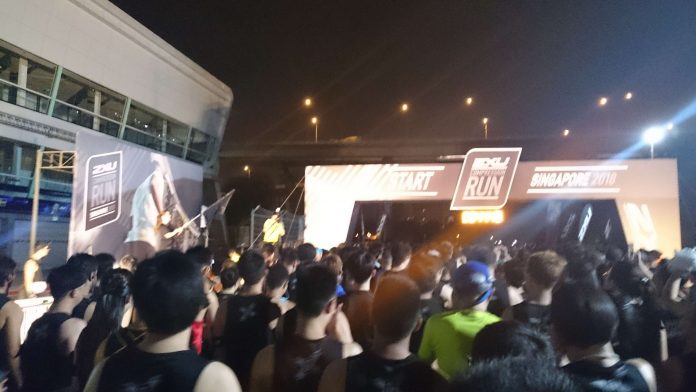 There were 6 waves for this race. 1st wave flagged off at 4:30AM. I was in wave 4 which flagged off at 5:10AM. Flag off wasn’t delayed. I ran slow, limiting my speed such that I do not exceed 10km/h. I’m aiming for a consistent running pace. Everything went well until after taking the first packet of energy gel with ‘pocari sweat’ at 6km mark, I felt a stitch. Thankfully, the stitch went away shortly. It’s kind of risky because it’s not recommended for runners to take energy gel with isotonic drinks. Anyway, most of the hydration points served pocari sweat. After running pass 7km, I stumbled onto something that I twisted my left foot and landed on it, but I continued running. Thankfully, my ankle did not sprain but it hurts for a short while. I ran continuously, stopping only at hydration points for rest.

When I reached the 15km mark, my legs began to fatigue, I slowed down my running pace and also added more walk breaks to run the remaining distance. I took a photo from marina barrage. The sun was rising but the weather was cloudy, it wasn’t very hot. 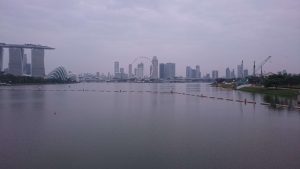 After passing 16km mark, I thought to myself how long more will I finish and end the race. The last 5 km was the most challenging part for me. At that point, right leg is cramping. I had to walk or run slower to relieve the cramp. Took another packet of energy gel with ‘pocari sweat’ and continued to walk/run. At 18km, there’s a man cheering all the runners to press on at marina bay sands. That was encouraging. I told myself to endure to the end and that I will receive my 1st half-marathon finisher tee once I cross the finish line.

After completing the race, I received a finisher shirt, medal, banana, a bottle of pocari sweat, and a cold towel placed around my neck. The drinks along the way as well as the drinks provided after the race didn’t disappoint me. They were served chilled. After finding a place to sit, I couldn’t stand up for another 15 minutes else I get cramp on both my legs. I did some stretching after that and left the race village. 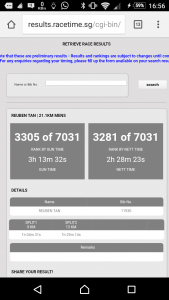 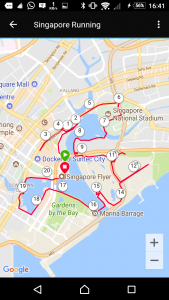 My timing of 2hours 28 minutes is a personal best as compared to 2hours 36 minutes for my 1st half-marathon at Standard Chartered Marathon Singapore. I’m happy with the results 😊 . The distance measured by my Garmin was 20.6km. One thing which could be improved on is the race routes. They should reduce the number of U-turns. Overall, 2XU Compression Run is a great and organized run that I would recommend to people to participate in. 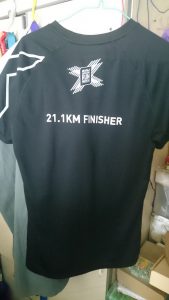 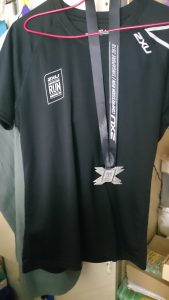