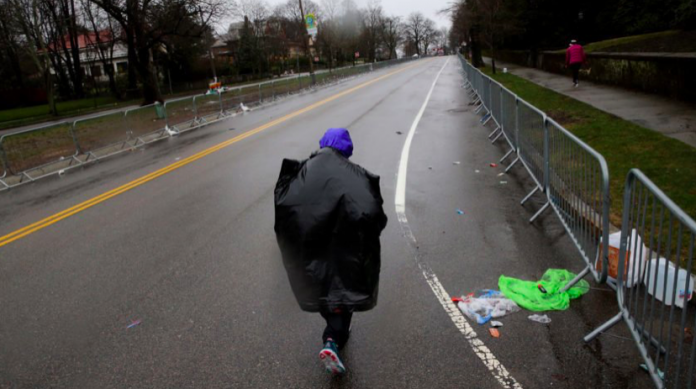 The conditions at Boston Marathon 2018 were brutal and tough. It stopped 23 elite marathoners including former Champions – Lelisa Desisa, Caroline Rotich and Lemi Berhanu. Galen Rupp and Deena Kastor were also among those who dropped out of the brutal Boston Marathon. However, that did not stop Katherine Beiers. 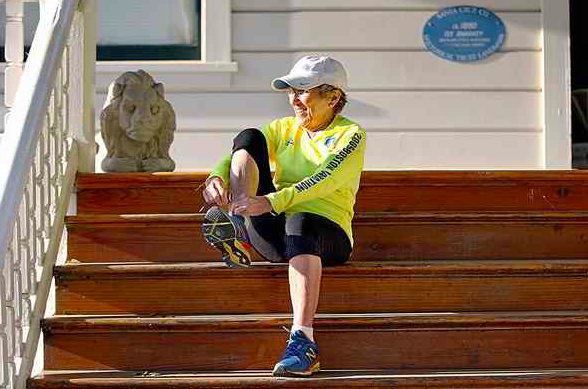 She was one tough cookie. Nothing was going to stop her, and nothing did indeed!

And guess what’s her post-marathon recovery drink? – a pint of ice cold beer at the hotel bar! She was joined by her son John who accompanied his mum to battle through side winds, headwinds and dipping temperatures.

The Boston Marathon 2018 was won by Desiree Linden and Yuki Kawauchi.