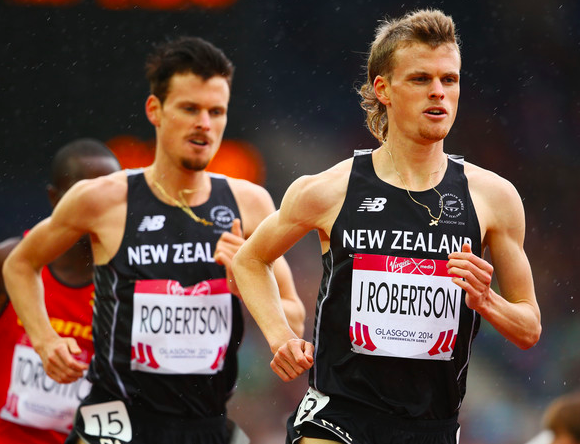 The Robertson twins have such a unique and inspiring story. They weren’t born African – they weren’t genetically gifted with African genes. But, they had a dream. They wanted to be among the very best in the running world. Dreams require sacrifice – so what are you willing to give up? For the Robertson twins, it was life as they knew.

At the age of 17, the Robertson twins moved to Iten, Kenya to pursue their running dream and live the African life. They left their city behind, left their family behind in pursuit of their dreams. Every athlete has probably thought of moving to Kenya, but at such a young age, no one has had the balls to do it. The Robertson twins really had the guts and determination.

Life was tough. They lived in a hut with only a mattress. They had no money, so, they only had bread and jam for a month. But, every day it was rise and grind for the both of them. They see, they want, they grind, and they get! They put in twice as much soul and effort to get to where they are now.

Their idol was Mo Farah. And, finally with hard work and grit, they both make it to the Moscow Championships. Zane even made it to the finals and was able to run alongside his idol – the legendary Mo Farah! Dreams do come true!

Look Where They Are Now

The Kiwi twins are the only 2 New Zealanders to run a 60 minute or less half marathon. Zane Robertson completed a half marathon in Japan with the time of 59:47 and his brother Jake joined him with a 60-minute flat timing at the Lisbon half marathon.

Hard work does pay off!

Source: Running Away From Nothing By Evan Scully; Wikipedia