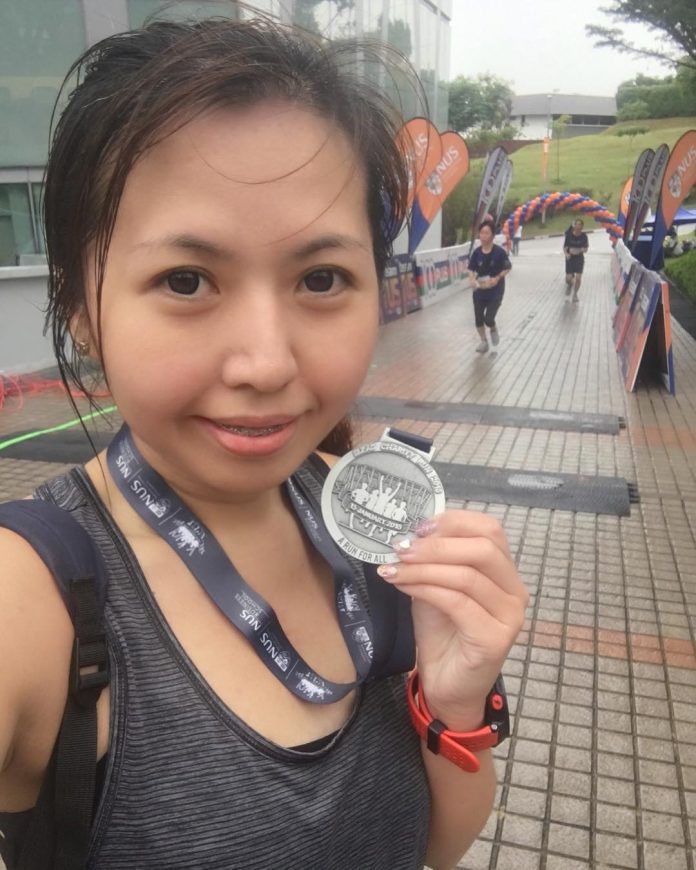 This is my first NUS Bizard Charity Run! 😍 It’s been drizzling the entire week. I was really lazy to run because the cool weather makes me feels like lazing around and nua all the way and was considering a no show at first but SCHKM is next week and I didn’t run for the entire week already 😱 Last LSD was at Johor Countdown Run 2 weeks ago good enough? 🤣

It’s quite troublesome to travel to race site as I’m not familiar with the place though there’s Google Maps with route. I went to the event run website and it shows that there’s shuttle bus available but the instructions not very clear eh 🤣 I took MRT to Kent Ridge station and then the shuttle bus but alighted at the wrong bus stop so I have to walk a little there. Luckily it’s just a 10 minutes walk in the drizzle to the race site. No direction signs or any indication from Kent Ridge MRT station till race site and even wonder am I at the right place as it’s quite quiet and no runners spotted yet till I reach the business school building. I thought must be many no-shows because of the drizzle as not many people will so hardcore to run in the run or maybe the entire running community is at Malacca’s Skyhawk run already 😆

It’s actually that people were all “hiding” inside the building from the rain. Baggage deposits and collections is fast and met a few familiar runners. Flag off is delayed a little though there’s drizzling but it’s pretty obvious the rain will not be stopping in any moment. I don’t really like running in the rain actually, it feels much hardcore to run in the rain don’t know why eh 😭

There’s 5km and 10km with medals only for 10km finishers and of course I run the category with medals 😆 This is by far a run with the most waterpoints for a 10km run I’ve been to, there’s like a total of 5 or 6 waterpoints at least with some having cold 100 Plus 😍 However I don’t really like the route at the first 5km actually. It’s pretty unsafe really, the road is not closed for the runners and there’s on going traffic, buses and cars alongside the runners, not really safe with the traffic and weather conditions. At certain parts the pavements is very narrow. I have to run on the road or cross to the opposite side of the road too, plus the ground is wet and slippery because of the drizzle. I hope no one is hurt and no accident happen at all. Safety is my main concern so I’m quite cautious as I run, don’t want to get any injury before a marathon eh 😂 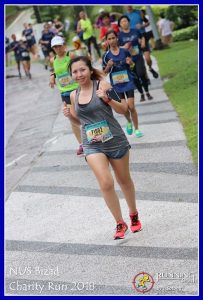 Though I’ve heard before theres many upslopes at the run but I’ve never thought that it’s so crazily steep and tough to run in 😭 We also need to climb a few flights of stairs as well. So, many parts I’m walking, it’s for safety concern as I don’t want to roll down the stairs but mainly because I’m also not that fit to chiong upslopes or the stairs. LOL! 😂 This is the first time climbing an overhead bridge twice during a run 😨 I saw that most of the runners walked the stairs when there’s ramp available, which somehow I feel is much more safer for the runners instead. 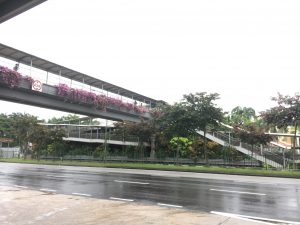 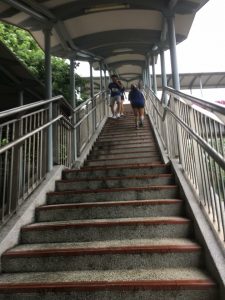 Information of the run is available on the website but I didn’t really look through it and is unaware of the race route. I thought it‘s running the same route twice as at 5km, we are back to the start point but this time we turn towards another direction running towards West Coast Park. In this weather condition there’s people there still setting up BBQ pits eh 🤣 Really can clap clap clap for them for their spirit to carry umbrella and BBQ 😂 Maybe they are also clapping for us to have the spirit to run in the drizzle as well 😆 I feel that the volunteers is by far one of the best in the Singapore running events. They were in high spirits, cheering for us, taking photos reminding us to run safe and giving us directions 👍🏻 Thank you! ❤️

It’s drizzling the entire run but it’s very cooling to run as well. But I’m more glad to finish the run and go home to hibernate myself 😆 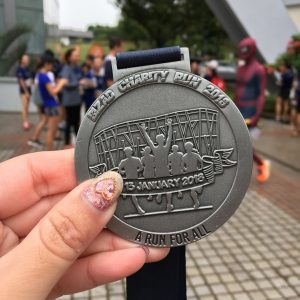