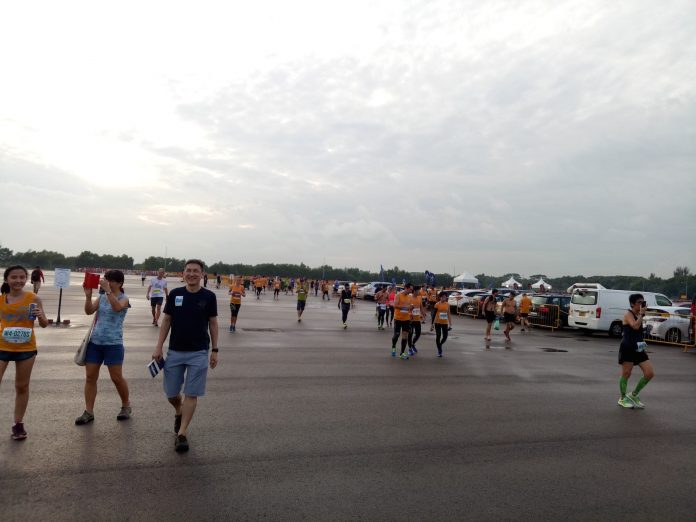 This is the last performance series race for year 2017 and also my first time joining the Performance Series race.  It was held at Changi Exhibition Centre. I signed up for 10km category. I decided to join this race because of its unique race route.

I missed the collection of my race pack because I wasn’t notified by the organiser and I didn’t check out the race pack collection period. So I had to proceed to the organiser’s office (near Tai Seng MRT) to collect my race pack on the following Tuesday or Wednesday during office hours which I did. When collecting my race pack, I realised that Esprimo is the organizer for this race.

It rained in most parts of Singapore the night before the race. I didn’t concern myself too much this time with the weather forecast. I Took Uber to the race village at Changi Exhibition Centre at around 6am. I arrived at 6.20am, deposited my bag, used the toilet cubicle and arrived at the same time when 1st wave flagged off at 6.30am. Bag deposit was swift as there was no one queueing at that point of time.

The 10km race was flagged off in time.  The ground was wet and the skies were still dark but the weather was cool and there was some wind at times.  It was a pretty simple route, 5 km to and fro.

Before the race started , I was only expecting to run slow and complete my 10km in 1 hour or more as I had little sleep the night before(3 hours).

After I finished the race, I realised that the distance was slightly short of 10 km. My Garmin watch measured a distance of 9.77km. I completed it in around 56 mins. I was surprised, never thought I could do it. Managed to run most of the time and stop only at water points. That’s even better than my previous personal best of 58mins 10secs which I got during straits times run 2017 (but the distance measured at exactly 10km) 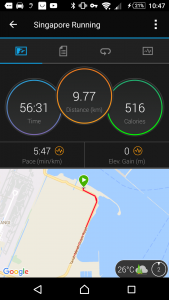 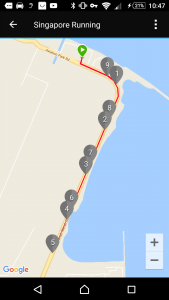 Hydration consists of water and Lucozade but the water points wasn’t evenly spaced. First water point was at about 1.5 km and just over 2 km or so. Subsequent water points was spaced even further away because of the U turn. I didn’t have much issue with this but I guessed some runners may find it challenging if they started later (due to the heat) or took longer time.  The race results were released almost immediately! I enjoyed the race because of the unique scenery and flat terrain which is good for PB (personal best). I transcended myself with an official timing of 56 mins 22 secs which is my new PB. 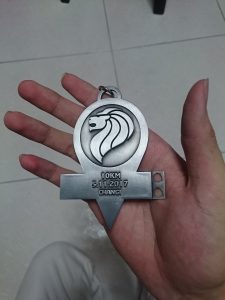 Finally, a big thank you to JustRunLah! for offering 5% off promo code for this race.  I’m sure many will also look forward to what the new series will bring too next year! Transcend yourself! 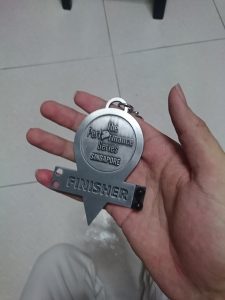