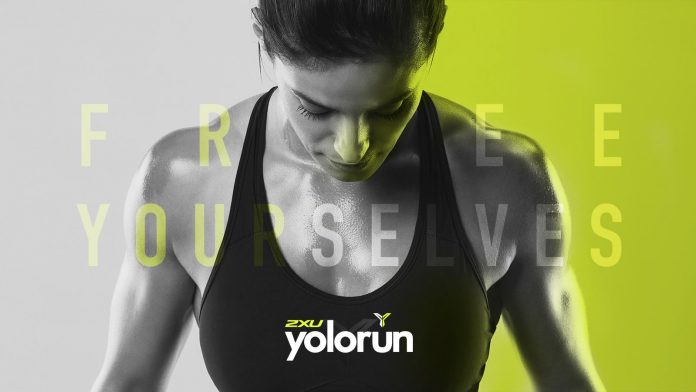 I don’t usually do run reports for non-ultra events. Simply cos distance too short and so nothing much to write about.

I was proven wrong this morning.

We collected our stuff on Day 3. To be fair, it was smooth and done within 5mins. I guess after 2 days of foul-ups they learnt something?

At around 0430 the pens opened up and we moved to the front.

After the usual MC talk and pacer and elite runners introduction, we got ready for 0500 flag off.

At about 0510 we were told there were obstacles along the route and they are clearing it. Funny, I heard the same thing during ST Run delay. Weren’t route closed and set up prior? And what obstacles can there be? I saw Soh Rui Yong sprinting by the side as a warm up. So fast pace, warm up……

Then at about 0520 we were told flag off will be in 8mins. 0530 came and went and there we still were. MC told us to stay warm up. Err…… We were all huddled together before the start line, how to do more warm ups? Stay warm by hugging each other? I saw Rui Yong running by the side again.

0540 MC announced the said obstacles were still there and LTA is currently clearing them. Really? LTA was involved? I am so curious about this obstacle that I have written to LTA to seek clarifications. I mean, we cannot let (possible) incompetent organisers throw government agency names around to cover up poor organisation skills right? Right? By the way, Rui Yong went for warm up run by the side again.

Simple: I don’t buy this obstacle bull$#@t. Especially when we only ran on pathments later, we did not even run on public roads. LTA clears obstacles on pathments? My best bet was the flag off party was late. So late till eventually, they decided to flag off without them after the crowd started to boo them. Usually they will have event organizer or some sponsors up there to flag runners off. Today there wasn’t any. Late? No show? Not informed?

So a poor guy went up the stage, waved a little flag, MC counted down with us, and we flagged off the elites. Yes, not us main body. Just the 8 or so elites. I do not understand the logic. Why the 8 of them first? They worry we will catch up with the elites like SEA Games Gold medalist Soh Rui Yong?

Another minute later the MC tried to get us to count down with him again for our flag off. And this time, he counted down himself as the runners chose to remain silent.

First few km was pretty straightforward. Though I was surprised to see a hydration point signage barely 500m out. It was only later that I realised that sign and some other distance markers along the way were meant for the GE run the next day.

Some of the paths we ran on were pretty dark which could be dangerous to runners who are not used to night running. A few lights or marshalls there would be helpful.

After crossing a bridge at about 3km, we came to a water station. As I approached it, I heard someone shouting at us ’10k runners, this is your u-turn point.’ Though I did not look at the 10km route, I still find it surprising they are turning back so early. Perhaps they are not taking a direct reverse route back I surmised. Then a thought came to my mind; Don’t they know there were no 10km runners yet since we 21km guys barely started? I guess there must have been some miscommunication there. Perhaps that’s why the 10km runners were turned back there later and ended up with just a 7km run.

When nearing the Sports Hub, we had to cross 2 sections of the road. And surprise surprise, there were Cisco officers there to stop runners from crossing if traffic got too heavy. This was a competitive run however you want to call it so why were runners stopped? If this was a fun run with no timing tracked stopping for traffic would have been fine but this was obviously not a fun run. Should not the roads be closed for runners? Budget constraints so not able to afford a road closure?

The water station after the Sports Hub just across the bridge had no tables. The volunteers had to use the big covers from the ice boxes as make-shift table tops to place cups. A cost-saving measure to not rent tables?

Though Lucozade as a drink option was good, pouring them out from cans was not. The volunteers had a hard time trying to pour drinks in time for runners. This scene reminded me of a certain run at Coney Island last year. And at the 12km mark, the water station there did not provide cups. They simply did not cater for cups and not a case of running out of them judging from the absence of empty cups along the way after the water station. So we were given 1.5ltrs bottles of water. Expecting us to share drinks with runners from the same bottle? Another cost saving measure by not getting cups?

The highlight of the run came at the 19km mark. I arrived at site seeing a huge crowd gathering in front of the path I came by this morning. I also saw runners turning right and going up the bridge but a pacer who was with me told me the route is straightahead through the crowd. I realised now I was looking at the 21km runners who were returning, 10km runners who were turning back too and quite number of 5km runners just heading out. Did organiser not know these 3 groups of runners will merge at one location? So I took about 10mins to clear the path through.

Once cleared from the Hello Kitty buying queue lookalike, I slowly made my way back to the finishing, which was about 700m longer than a HM. Then I found myself at the back of a queue. That was when I realised, I was going to queue to cross a finishing line for the first time, ever.

After queuing to cross the finishing, I found myself at the end of another queue – collect finisher entitlements. I looked left and right before seeing a sign that directed 21km runners to the extreme left lane where there were luckily no queues. Took my medal, helped myself to 2 cans of Lucozades and approached the table to collect the Polo tee. I was a little surprised when I was asked what size tee would I like to have. I then realised our tee sizes were not indicated on our BIBs. My first thought was, good luck in getting your tee sizes to those finishing towards the end.

I saw yet another queue right away. That of the baggage collection. Fortunately for me, I never utilize baggage deposits, thus I did not have to join this queue. But unfortunately for those who did, I got to know most queued for more than 2hrs to get their bags and some fainted while queuing under the sun. Seriously, this is another wtf moment when I got to know of it. It is not like they can give up, stop queuing and go home. They need to get their freaking bags back! So no choice LL queue. The last I heard, some were still queuing at 1300.

These people honestly do not know what they are doing. From REPC right till collection of baggage at the end, nothing was done right. Don’t tell me tee is nice medal is nice kind of bs, the focus of any run should always be the run itself and runners well being. No use having fanciful stuff to ‘glamour’ your run when the basics are not even right.

Serving the podium to the elite runners on a silver platter by eliminating all competitions by letting them run first? By flagging off the elites first, the organisers are basically almost guaranteeing them a top 3 finish since there were basically only 5 males and 3 females (or thereabouts). I am sure they do not need that. If the elites are not included in the prizes that would be fine but I was surprised to see them with their top 3 prizes at the end. I am not questioning their ability to come in tops even if they were to start with the regular runners but to do it this way somehow diminished the value of their finishings in my opinion.

Then the delay of 50mins to flag off? 10km became a 7km? Hundreds of runners crowding to cross a small under the bridge path? Queueing even to cross the finishing line? Queuing for 5hrs to collect baggage?

In my honest opinion, do not join their events again. Somehow I was not surprise when I got to know this is the same organiser that did the Coney Island Trail Run last year because I see similar patterns.

I am not like some run reviewers who sugarcoat their so-called reviews always try to skip over issues that even the blind can see. Perhaps trying to stay on the good side of organisers so as not to jeopardize their future write-ups. I say it as it is. Like one of our ministers said years before on the word ‘ponding’; let’s call a spade a spade, flood means flood. Not ponding. This YOLO Run was a super cocked up run with organisers keeping quiet till even now on the cock ups. No apologies no explanation. Nothing. So let’s say it as what it is.

YOLO – You Only Lai Once

ps: pardon the lack of photos because there was really nothing meaningful to show after such a debacle