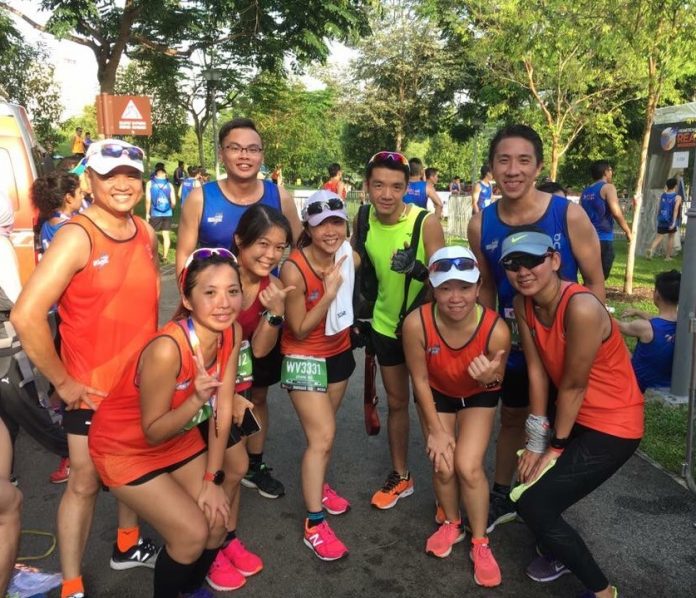 There is 2 distance category, 5km and 10km. I participated in the 10km. The flag off is at Punggol Waterway at 7am and towards Coney Island, and back by Lorong Halus bridge passing by Lorong Halus Jetty. Coney Island is one of my favourite running place, on weekdays evenings when there isn’t much people it’s very peaceful and nice to run in. There was a few times after work I would run there but I was locked inside once because I was slow by 1 minute of the closing time. I was finishing the run at one end of it and it was seriously like 7.01pm and I had to climb out the gate. I don’t know what else to do, there was no helpline or noticeboard to inform us what to do if we got lock inside. Luckily that time there is other runners and cyclists around to assist each other to climb over the gate. I was trembling and scared that I would fall and break a bone. It’s scary and since then I didn’t dare to run there anymore unless I’m sure I can get out of Coney Island on time. 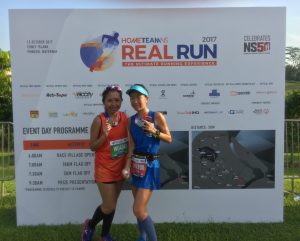 This morning woke up at 5.30am took like 15mins to prepare and chop chop call for Grab to the race village at Punggol Waterway Park. Flag off is 2 minutes earlier after a super cute warm up exercise machiam a dance 😍 This is my first run that flags off at Punggol Waterway and it’s quite an interesting route. I dreaded to wake up because I’m so tired because I went Johor Bahru yesterday and queued like 3 hours in the checkpoint no joke that I almost faint sia 🤢

Runners and friends tell me that they saw me machiam at every race 😅 But really not that much compared to some of my friends. I did maybe thirty plus race this year and I didn’t keep track of the runs I participated in anymore. Told my friends that I will cut down on races next year but they don’t believe me 🤣 I also don’t believe myself 😆

I was feeling tired and fat fat from all the loading of food in Johor Bahru’s City Square 😭 So I just thought maybe run whatever I can but once flagged off, I feel pretty energised! Maybe plenty of men for this run? 😍 I mean they run faster lah so follow they pace and keep running can also run faster right? 😆 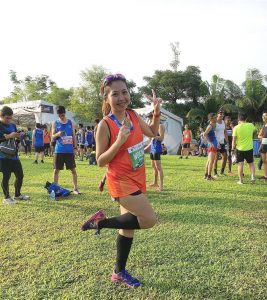 During the first 2km of the run there’s many runners running shoulders to shoulders as just flagged off and the running path is not really wide along Punggol Waterway but its still runnable as runners are running very fast! I thought there would be bottlenecks along the way but after as we turn into Coney Island we start to have more space to run and breathe as distance between runners starts to drift apart. There’s a few hydration points along the route with cold water and isotonic drinks but the water is not fast enough and I have to wait at the hydration point for water.

For the last 2km is a combined route for both the 5km and 10km runners but there is still spaces to run. Though there’s plenty of small slopes in the last 3km of the run after the Lorong Halus bridge and the sun is out and it is quite hot but amazingly I can still hold my pace ended few seconds after my PB timing that I’ve gotten in Shape Run done in August 😍 It was only at the last few hundred metres after Punggol Safra then I thought a possible PB by a few seconds if I try and chiong. Though I didn’t manage that PB but I manage to chiong that crazy last 100metres of upslope 💪🏻 Happy to collect the chio medal at the end of the run and surprise to receive a finisher tee at the end of the run. That’s what happened when I don’t check about the entitlements, when what I get in the end is more than I had expected because I don’t know about it becomes a bonus 😆 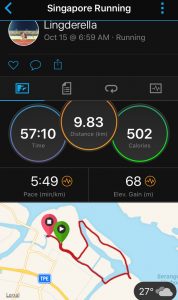 Timing is not everything but seeing improvements in what I am committed in for the past 2 or 3 years is very encouraging. From running 1hr20mins to 1hr8mins to 1hr4mins for my 10km runs last year and now I’m doing 57minutes for most of my recent 10km runs is really a huge motivation for me to keep on running and see how far more can I improve 😁 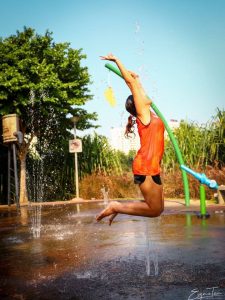