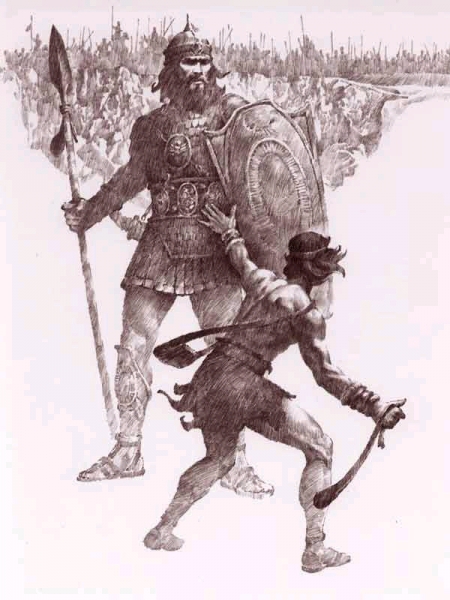 We are all somehow guilty of negative presumptions, simple errors we commit in our day-to-day judgement, especially when it comes to size. Throughout history, literature and TV shows, the society has placed cognitive biases on small persons or nations, which will influence human thinking and decision-making; with examples aplenty!

Just think of the unfancied David versus Goliath (from the Bible), the under-estimated Hobbits (in The Lord of the Ring), the black sheep “Imp” of House Lannister (in The Game of Throne), the irrelevant feud between Lilliputians and Blefuscudians (in Gulliver’s Travels), the derogatory ‘Napoleon complex’ in the realm of psychology, the world history – where small nation Belgium was snuffed out in World War I, and perhaps the football sports – where the minnows Liechtenstein and San Marino being sometimes considered unworthy of the European qualifiers! 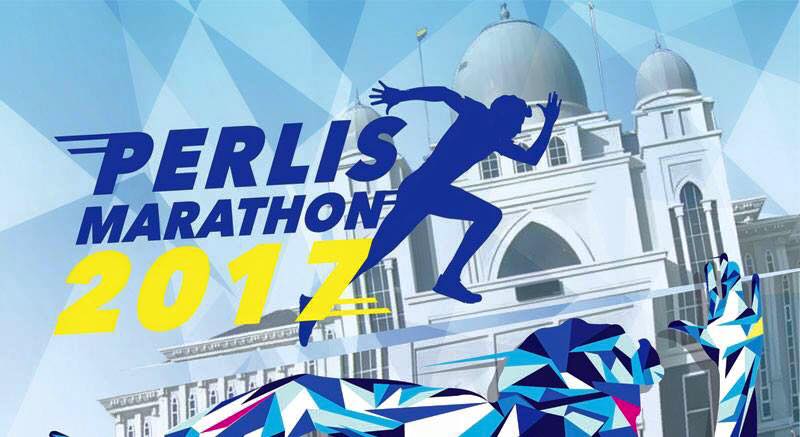 Likewise when Perlis (the smallest state in Malaysia) organized Perlis Marathon 2017, doubts would be naturally raised about its ability to organize event of such grandeur. Would the run be well coordinated, the traffic properly controlled, the water stations adequately set up etc? Do they have what it takes to orchestrate such event?

Would the running experience be as heavenly as the former moniker of this land, once known as Indera Kayangan (The Land of Heavens)?

Put another way, it was whether this Perlis marathon would be another run-of-the-mill event, or it would hit a home run!

Organized by the Perlis government on 30th April 2017, this event would be inevitably benchmarked to the bellwethers of Malaysia marathons, such as the more illustrious Standard Chartered Kuala Lumpur Marathon (SCKLM) and Penang Bridge International Marathon (PBIM). Against SCKLM and PBIM, Perlis Marathon was still in its infancy stage – only its 3rd year running!

When experienced runners were asked to join this marathon, some skeptically replied “Not wasting my time to attend this small run”; “Kangar – so remote! No airport, can’t fly in – must drive or take train or take bus.”

But was such pessimism really warranted? Was this another clear instance of cognitive bias?

For a start, let’s consider its entry fee! When informed about the Early Birds RM50 registration for this Full Marathon, the immediate reaction of regular runner Neoh Soon Hueng was “That was truly good value for money.”

He had a valid point, of course. With participant’s entitlement such as goodies bag, timing chip, medal, event T-shirt, finisher tee, E-Certificate and much more, such token charge was rather encouraging. Nowadays the entry fee of other full marathons could easily come to about RM100 or possibly more.

How about the proceedings on the run day?

On the event date, the entrance to the starting point was properly managed, with race marshals dutifully directing the vehicles to the car parks. The parking spaces available around Stadium Tuanku Syed Putra were definitely adequate.

Even before the midnight flag off, the event had a carnival-like atmosphere, with the whole place brightly lit (unlike another run). There was even a live band performing at a rock concert, with loud music blasting away at the stage’s speakers.

From the Stadium, the runners travelled eastward along Persiaran Jubli Emas, passing State Mosque and some schools, before heading south towards Arau. There were 2 U-turns during the run – the marathoners made the first one at Km 13.5, moving back westwards along Persiaran Jubli Emas, until Km 25 when they veered south into Jalan Padang Behor. Then the runners made their way to Masjid Al Mustaqim for the second U-turn at Km 33.5 to track their way back to the Stadium, via Jalan Kangar – Alor Setar.

The midnight weather was slightly humid and hot, which was not truly ideal for FM runners. Barring the punishing weather, thankfully there were really a lot of positives in this Perlis Marathon.

Firstly, the 42km run route was generally flat with a negligible, short elevation around Km5.5. Of all the major FMs, this could probably be one of the most pleasant courses for one to attempt their PB.

A worthy mention is the lightings along the route – most streets, if not all, were very well-lit. It was a treat for the sight to run under luminous streetlights, especially the beautiful ones outside Istana Arau, which was a welcome distraction to the mind. There were even a few selfie points for the photographers.

The traffic control at the junctions was certainly praise-worthy; with the passing cars stopped way ahead by the marshals before the approaching marathoners. The water stations were also sufficiently set up; with one every 3 – 4 km (some with bananas or water sponges). There was even water sprinkler at Km 37.

Another plus point is the supportive local crowds, who thronged the roadside during the graveyard shift to cheer the runners. Imagine all the pakciks and makciks, enthusiastic teenagers and children giving high-five to the passing joggers!

The only shortfall? The runners were a tad suspicious that at the onset of FM, its distance markers were somehow misplaced. Compared to the Nike Plus and Runkeeper apps, these visual displays seemed to measure the cumulative distance shorter by 1km.

Nevertheless, such minor overlook should not be the deal breaker!

In a nutshell, Perlis Marathon definitely has the potential to rival the more-established events in Malaysia! Despite its diminutive size, this Perlis state has somehow surpassed all expectations with its gargantuan effort to ensure heavenly moments for the runners.

As Napoleon Hill once said, if you cannot do great things, do small things in a great way!

The Perlis run has proved that this puny David can indeed beat the other Goliath of marathon! 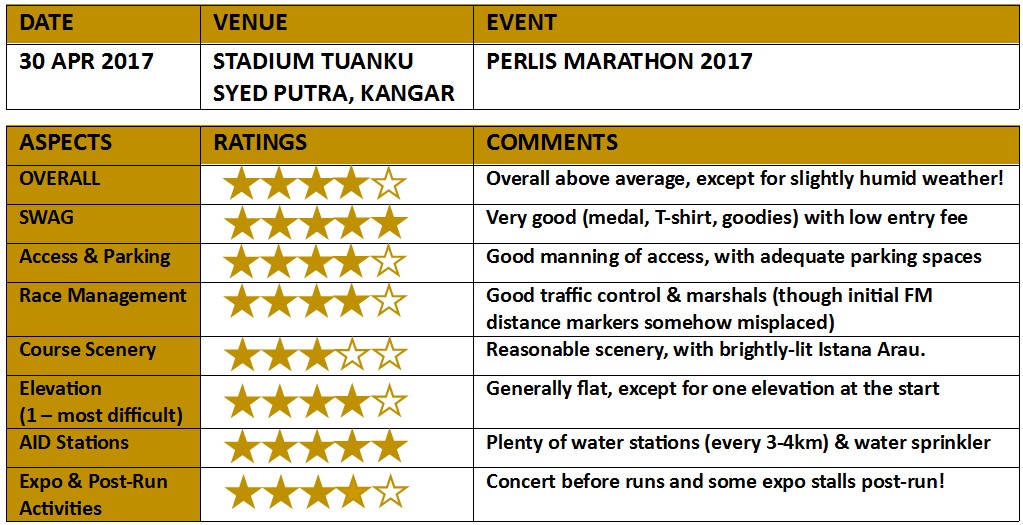