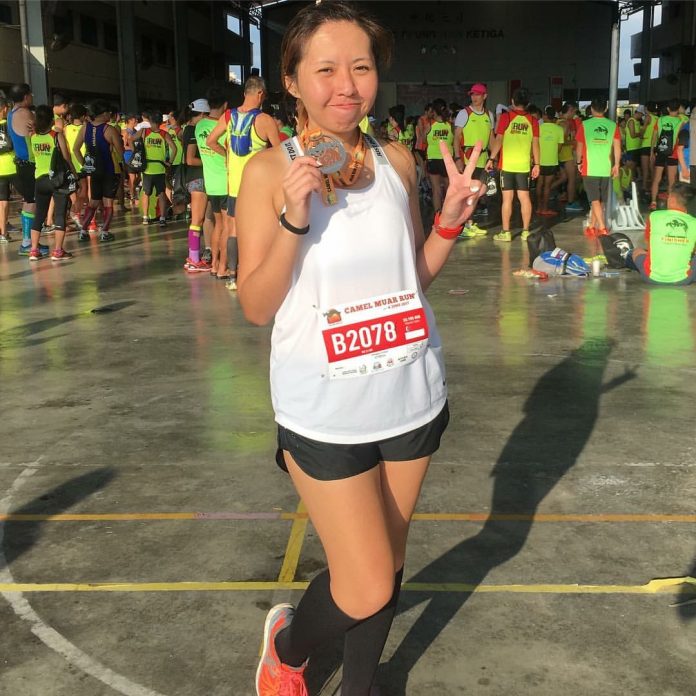 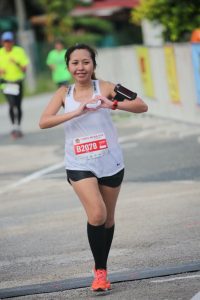 It’s as if the whole running popolulation of Singapore came to Muar and run. Guess many Singapore runners wanted to try something new and experience running at difference place already. Camel Muar run is literally like a Singapore run already as many runners who participated are Singaporean 😂 Anywhere I go such as to shopping or to eat, I can easily identify these prideful runners with their running finisher tees 😆 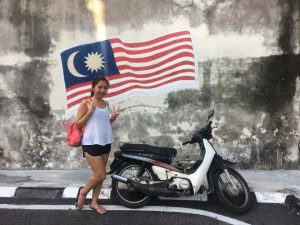 This is a countryside fun run in Muar of Malaysia and there is 2 categories, the 10km and 22km. I participated in the 22km category. I was still telling myself it’s funny as there’s no Camel but why it’s called Camel Muar Run? 😂

Traveling with No Frills from Singapore at a minimal fee for transportation and accommodation. Traveling together with many other fellow runners from Singapore via a luxury coach on Saturday morning. There is two pick up locations from the coach and just nice one of the pick up location is at Khatib, just 10 minutes walk from home so it’s super convenient for me 😁

Race entitlements includes race singlet and finisher tee which I like because it’s striking in colour and it’s my first such striking yellow race singlet ever 😆 Also there’s race bib, timing chips and e-certificate for the participants and includes finisher tee and medals of course if you finished the run. Well, recently for the SCKLM, many runner’s is unhappy that they could not get the medals and finisher tees because they could not meet the cut off time. All I can say is try harder next time to earn it, what for wanting the medals and finisher tees of the runs that you didn’t complete? It’s just items with no monetary value at all 🤔

Was caught in the traffic jam at the Woodlands immigration checkpoint and the Malaysia customs. Expected to have jams already as it’s weekend and it’s school holidays some more 😭 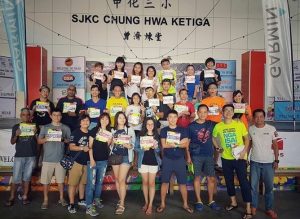 So once we reached Muar, we went directly to collect the race pack in a primary school then check in at a boutique hotel then went to walk around to explore and found some very nice street wall arts 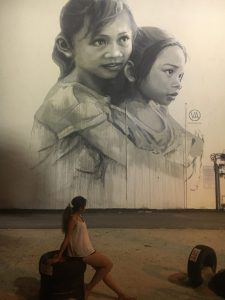 Entry fee for the run is cheap because of the conversion rate for those of us who come from Singapore. Though we have to pay for accommodation and transport which I don’t mind as I treat this as a runcation 😊

The flag off time for the 22km category is at 5.30am and at first I worried of feeding mosquitoes because I’m yummy for the mosquitoes but seems like ok, there’s no mosquitoes feasting on me like at a free buffet luckily 😆 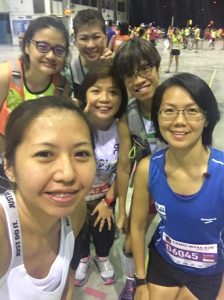 I love the route as it’s something new and special for me to run in a countryside/kampung. But mostly we run on the road side but it’s quite dark before sunrise. Though I have no problem with my eye sight but can’t really see clearly as the street lights are quite far away. Head lamps are advised for faster runners but I’m slow so no head lamps is ok, but as we were running on roads and since it’s not sealed off, it’s better if we have brought blinker with us for our own safety so we can be seen.

I have so much to see while running. Not much tall building and was enjoying the nature, seeing coconut trees is just so de stressing. Cows is roaming around freely and running with plantations by the road side but so think I dunno what I’m looking at, my friends saw horses and I didn’t see 😭 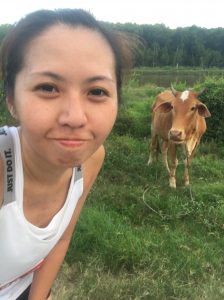 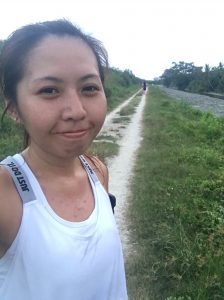 Once we finish the run, we were given a slip to collect our finisher medal and shirt but I went wrongly to the queue to collect the food instead. There’s much food prepared for the runners such as pastries, bread and many types of fruits readily prepared. There’s desserts such as pudding and jelly and also soya bean drink and bean curd. It’s one of the most better welfare run for the runners I had attended before. And the race pack and entitlements is good 😍 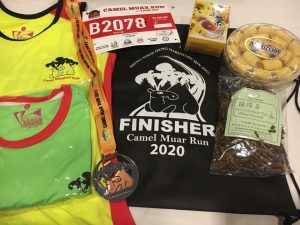 Overall, this two day one night short runcation is fun and enjoyable and if there’s anymore runs like this with people who organises and settles all the transport and hotel at a minimal fee I don’t mind to go 😍 If there’s like Pulau Redang run, Pulau Tioman run, Pulau Langkawi run I don’t mind a 4 days 3 night trip too 😆