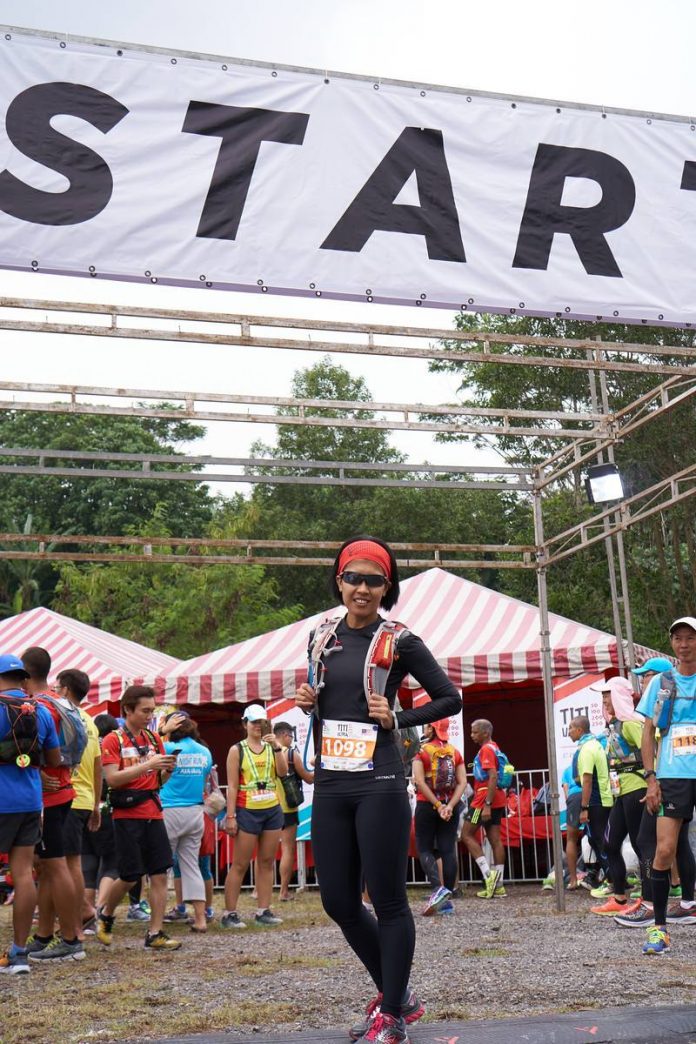 “If it’s worth it, you won’t give up. If you give up, you’re not worthy. … Truth is, everything is going to hurt you; you just gotta find the ones worth suffering for.” – slight tweak of Bob Marley’s insights.

Fresh from the previous Gunung Nuang Ultra Challenge 2017, I thought I was ready for my first ever 100km, in the form of Titi Ultra 2017. 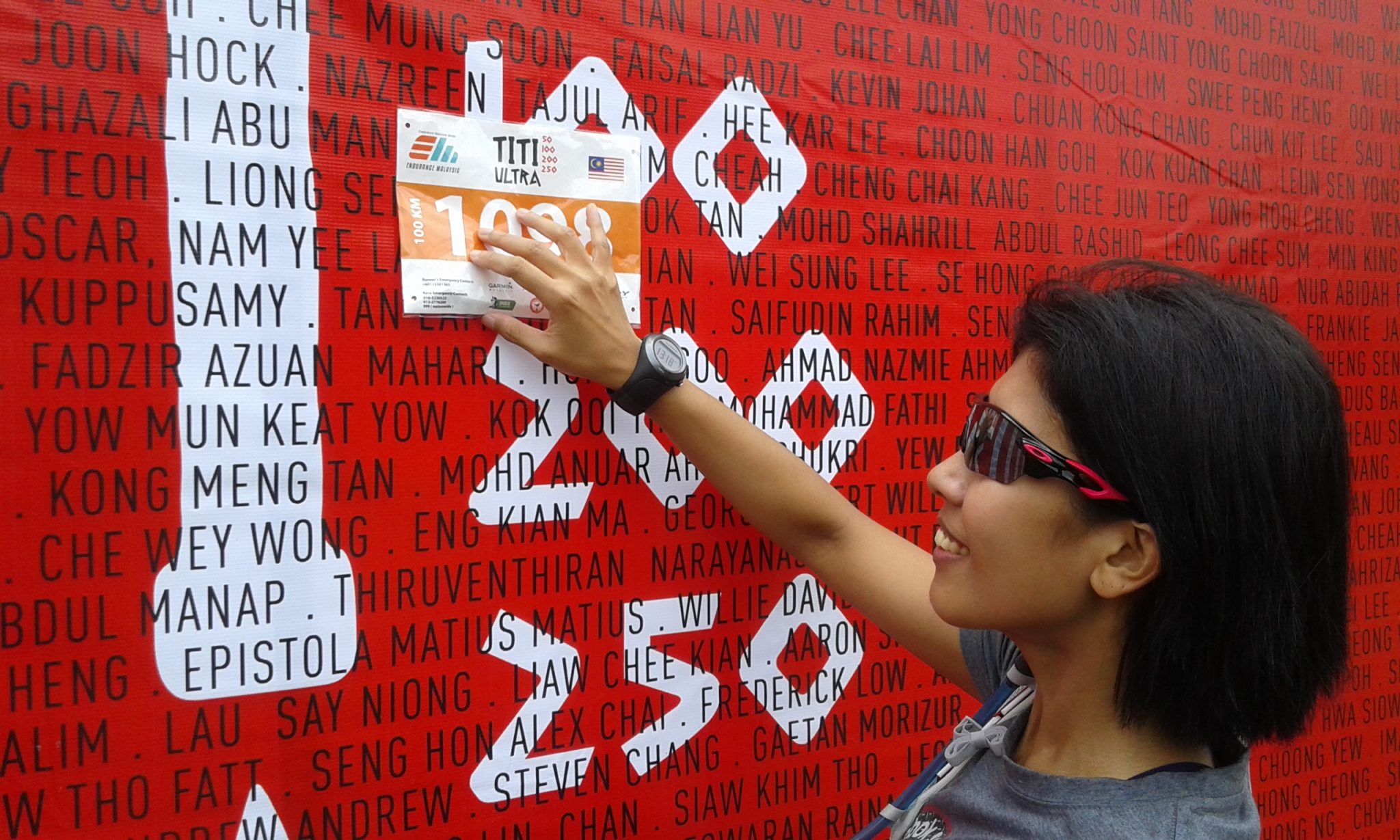 ‘You wish and I wish; but Allah does what He wills’.

At the eleventh hour, things happened. As they would, of course. They just had to happen at the very last minute.

But I digress, and no use to cry over spilled milk now.

But it sucked. Big time.

And I sulked. Big time.

But thanks to the never-ending support, love and encouragement from family and friends met and made for life – I’ve got through and here’s the account of my first ever DNF (Did Not Finish) status. 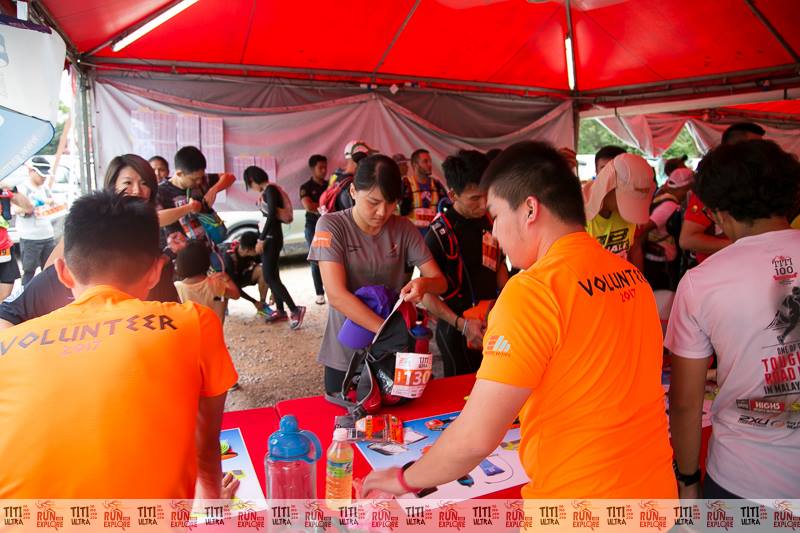 “He is not breaking you; He is training you. Learn to recognise the difference and your heart will change” – Yasmin Mogahed

I was a nervous wreck up until we were all at the starting line. Bumping into fellow runner buddies seemed to calm me down a bit.

Still, all I could feel was ‘I’m so nervous, worried, anxious and it feels like a herd of buffaloes are in my tummy’. (well, the actual version is rather X-rated, but don’t worry JustRunLah, I’ll keep this piece clean). 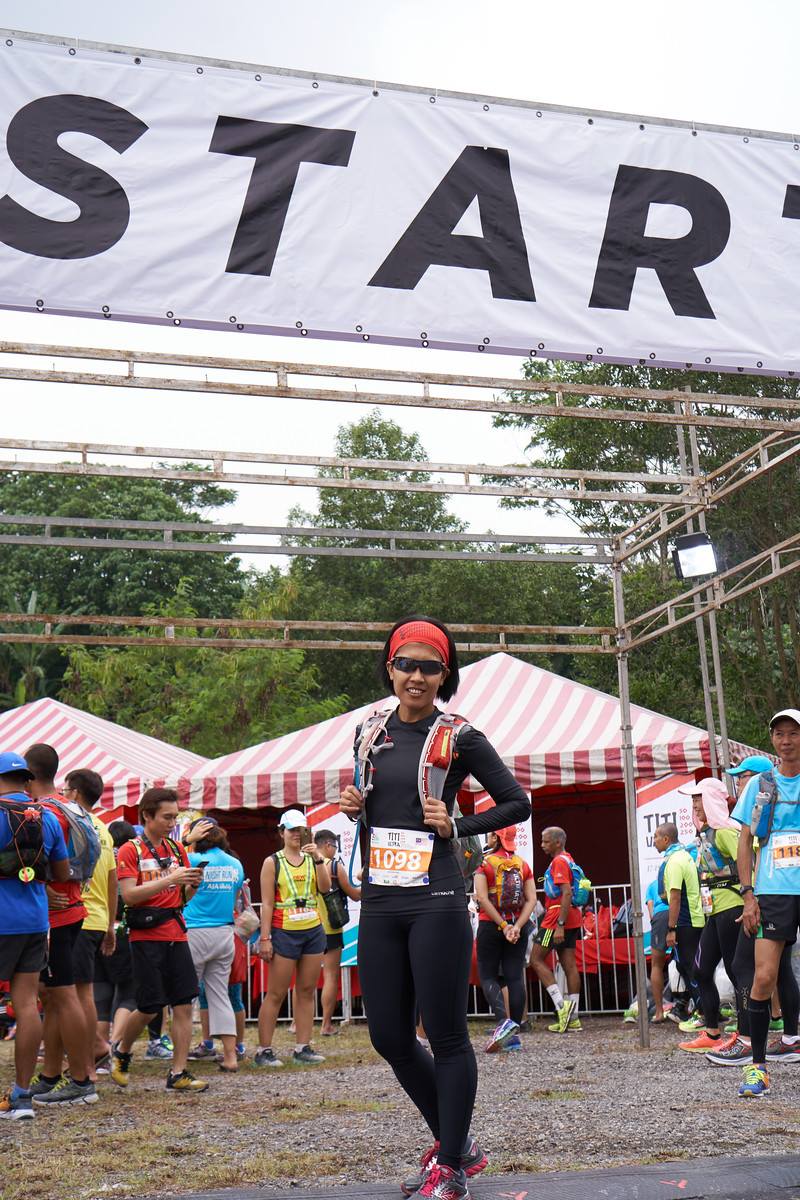 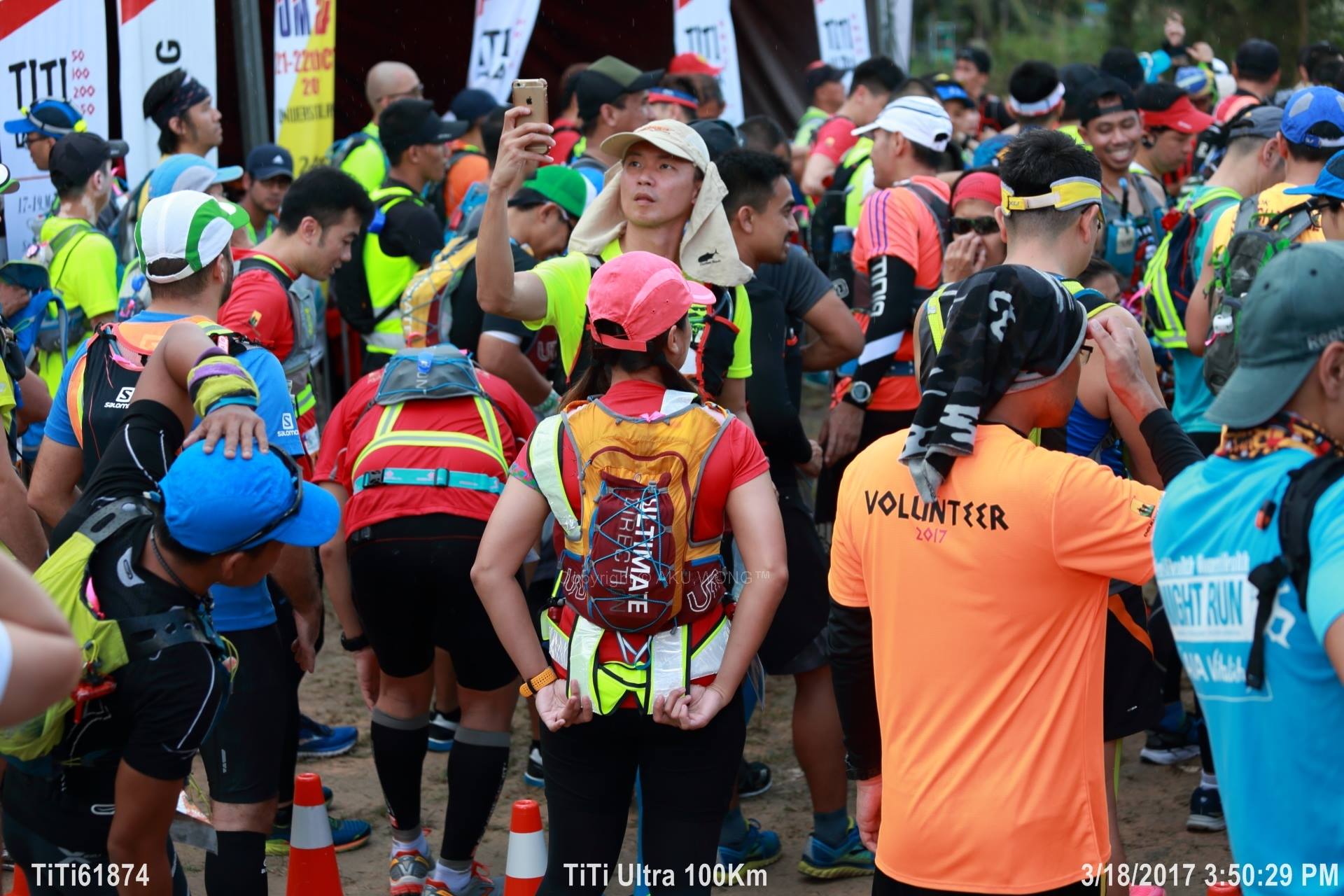 ‘Don’t worry, we’ll run and end this together’. And with a pat on my back, we were all ‘let go into the wild’.

“Real life is more complicated than a slogan on a bumper sticker” – Zootopia.
And the real, first time 100km ever run is getting more real than ever.

The organisers have set on upholding the safety regulations – in which all runners must adhere to, including putting on the headlights, safety vests and blinkers from 7pm – 7am.

But not all played by the rules. I might be a (self-proclaimed) rebel, but when it comes to running safely – I followed what’s instructed. 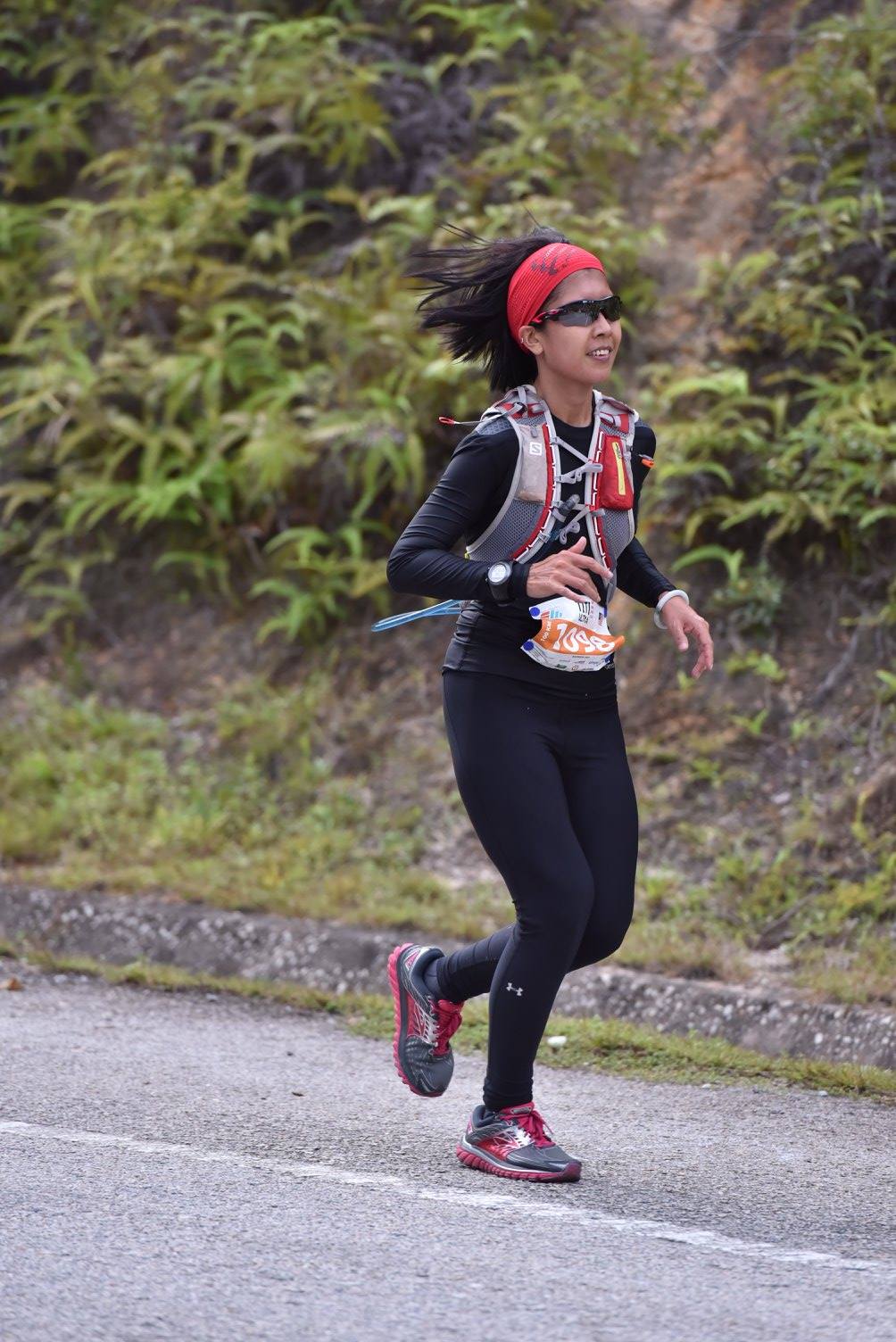 It started off okay at first, going slow and steady up the hills, posing happily for the photographers to capture our souls.

And then it rained. And we could see thunders and lightnings added to the background.

But that wasn’t the major hindrance. 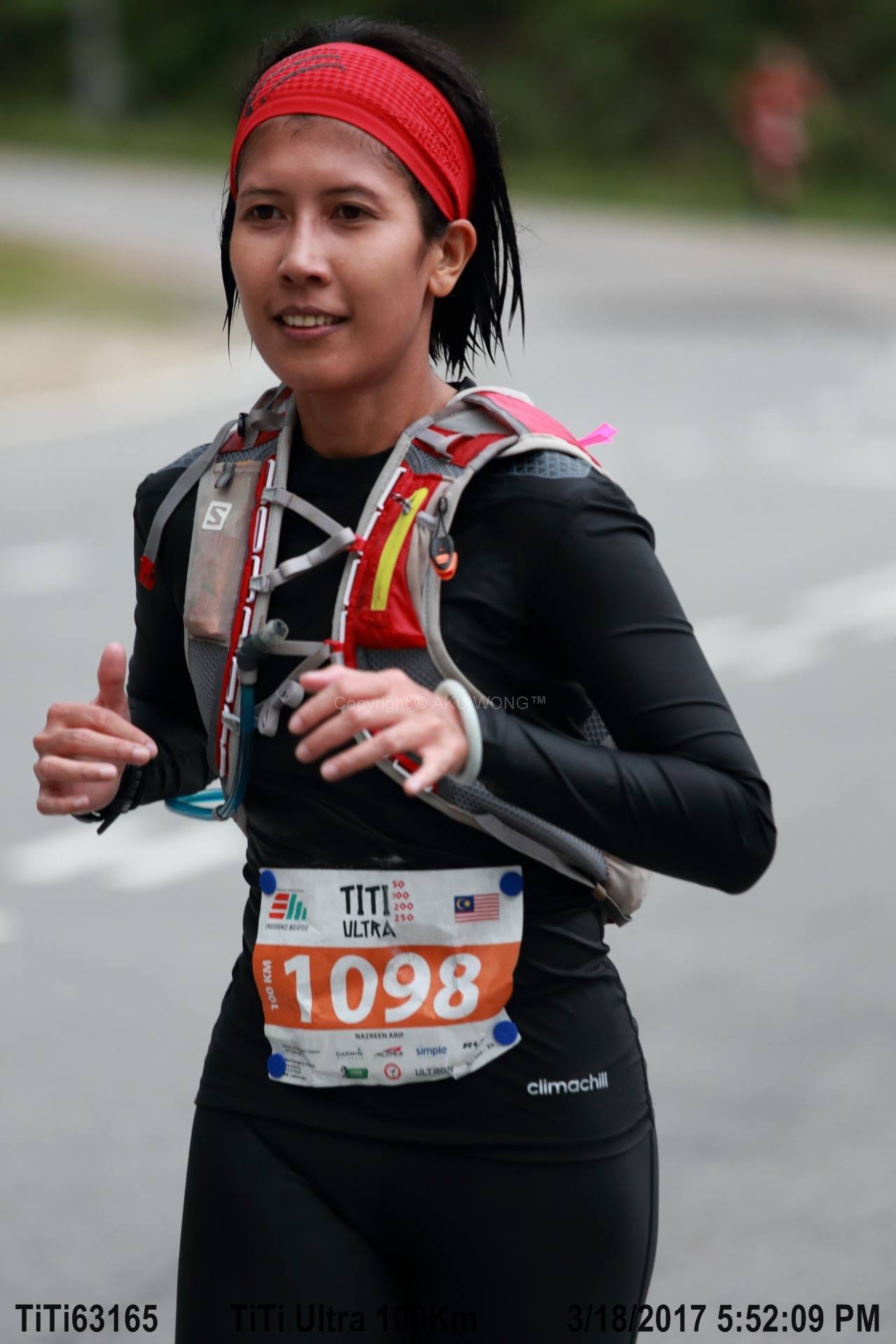 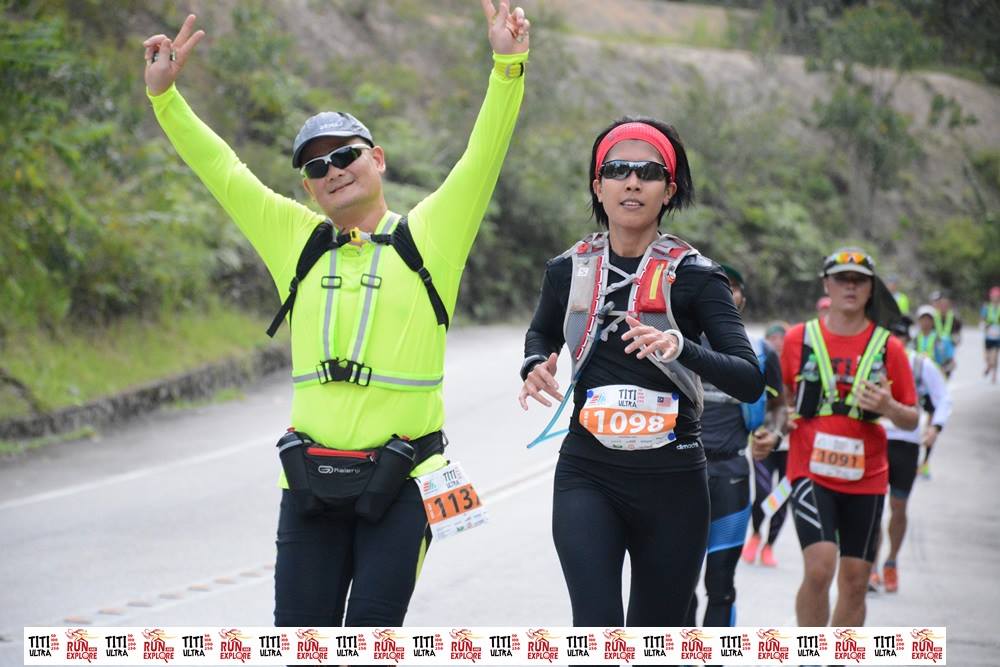 We might have figured out the distances between the Check Points (CP), but we neglected the Cut Off Time (COT) for each of them.

We took our time to get to the U-turn for 100kmers, where I was already half-asleep and knackered. 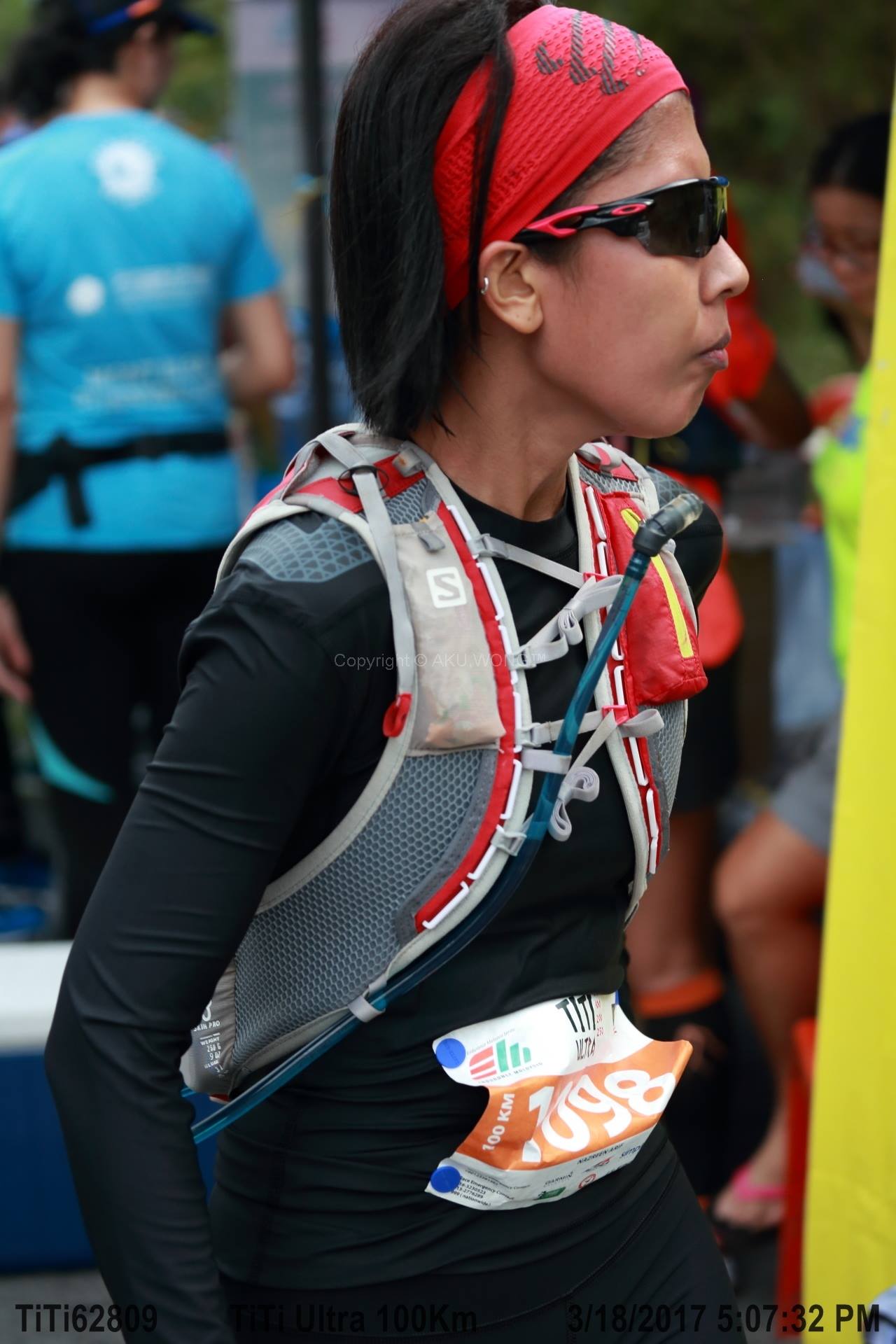 Communication is the fuel which keeps the wheels of a (running) relationship, well, running – that was the plan.

I didn’t know what happened then, but my lips were shut tight and I was eerily quiet while sleep-walking to get to the other CP.

Which was out of character, as I am known as a chatterbox who wouldn’t stop talking – only to those who know me well. 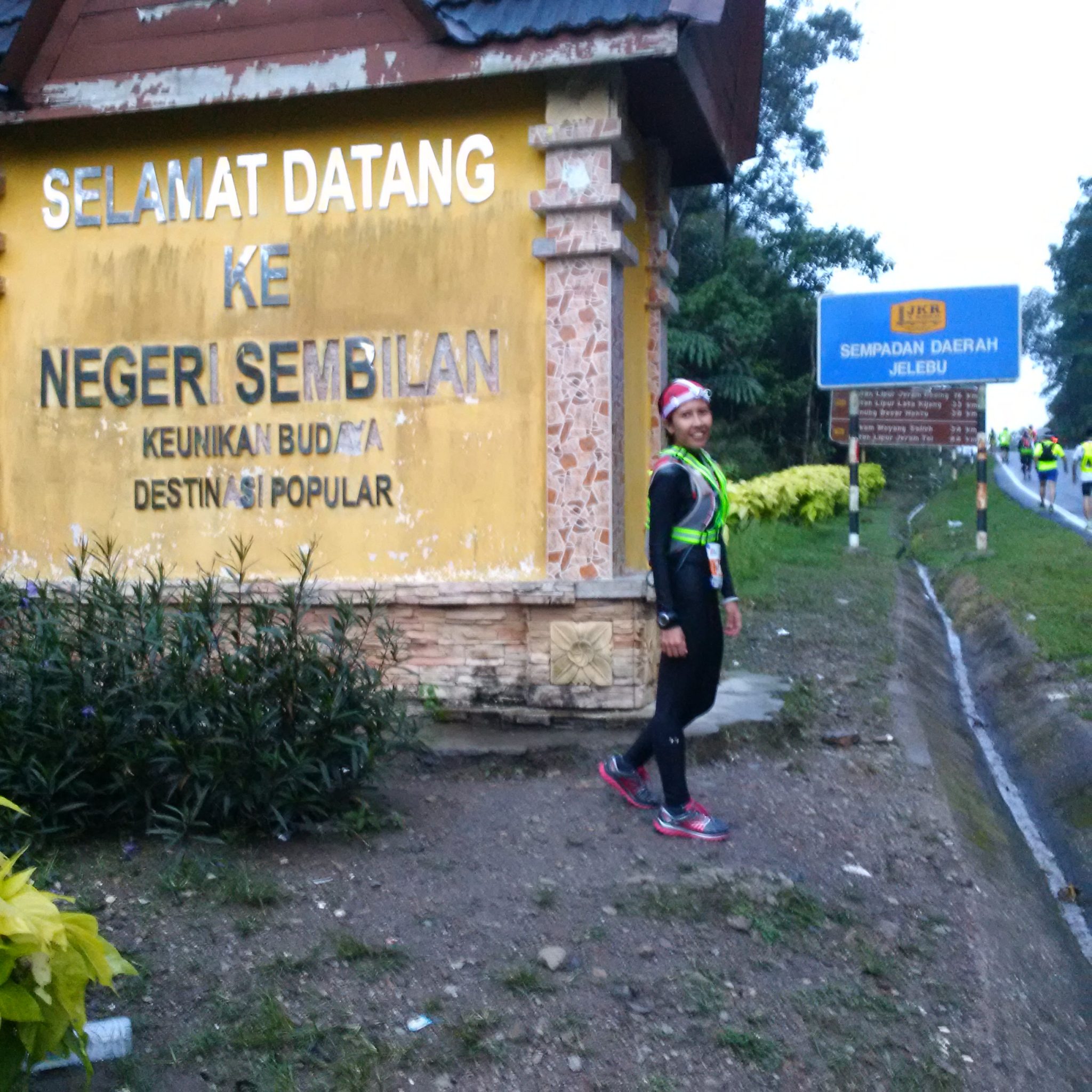 There were several ‘I-could-have’ thoughts that came into my head:

– I could’ve kept going by telling anecdotes and stories as agreed upon.

– I could’ve tried to push myself at least to slow jog until the next crucial CP.

– I should’ve been more alert not to be in the state of dazed and confused.

– I shouldn’t have stopped for a break by the roadside.

– I shouldn’t have let negative things consume me, which include not letting my mind to play tricks on me, especially while running in the dark, gloomy roads. 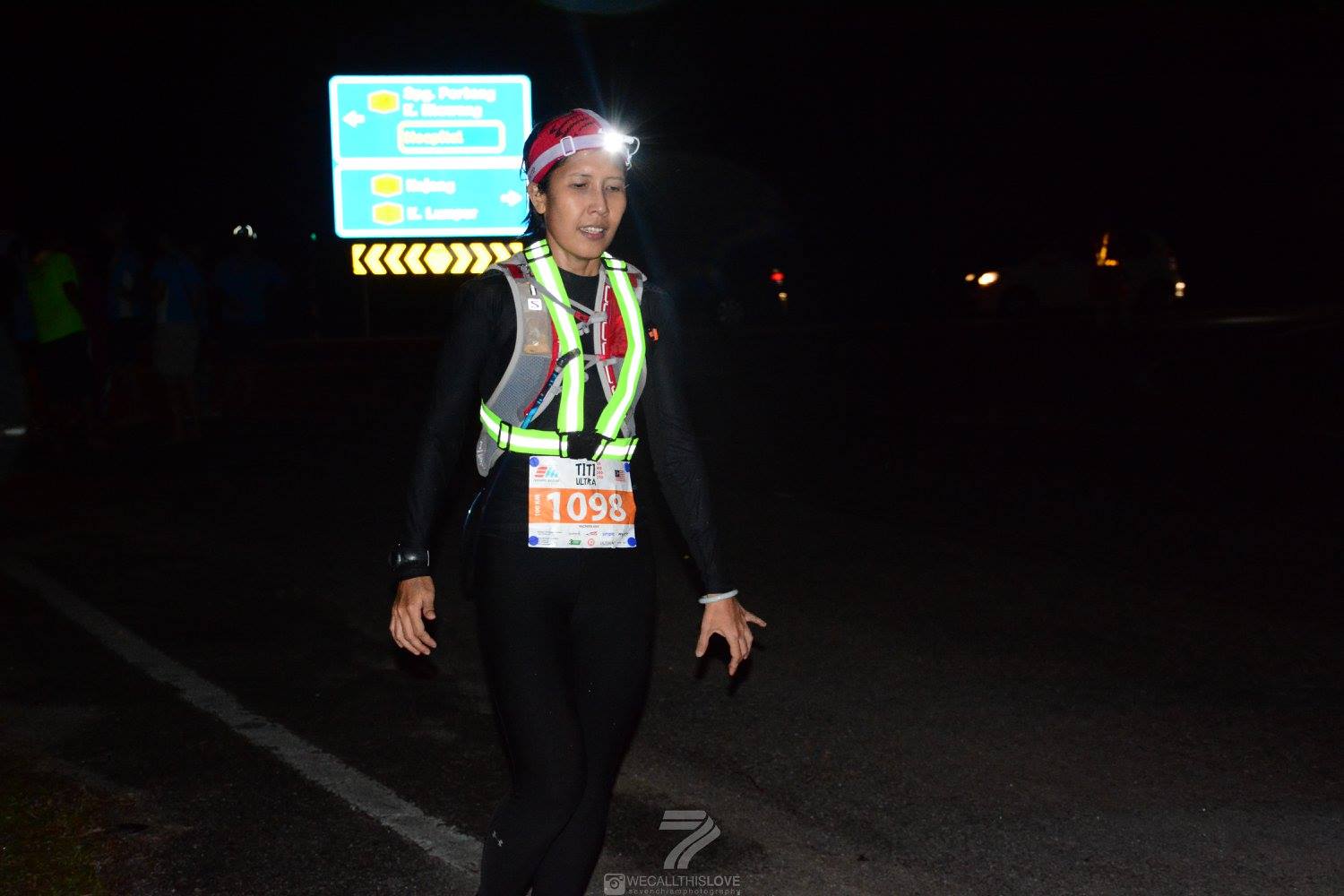 And at around KM78, we were picked up by the ambulance, taking us to the ‘sweeper van’, when the next CP was just a kilometer away.

The waterworks just kept flowing, I was a crybaby.

‘The biggest competitor of your life is looking right back at you, in the mirror.’

Consumed with remorse and guilt, I felt I had let my loved ones down. 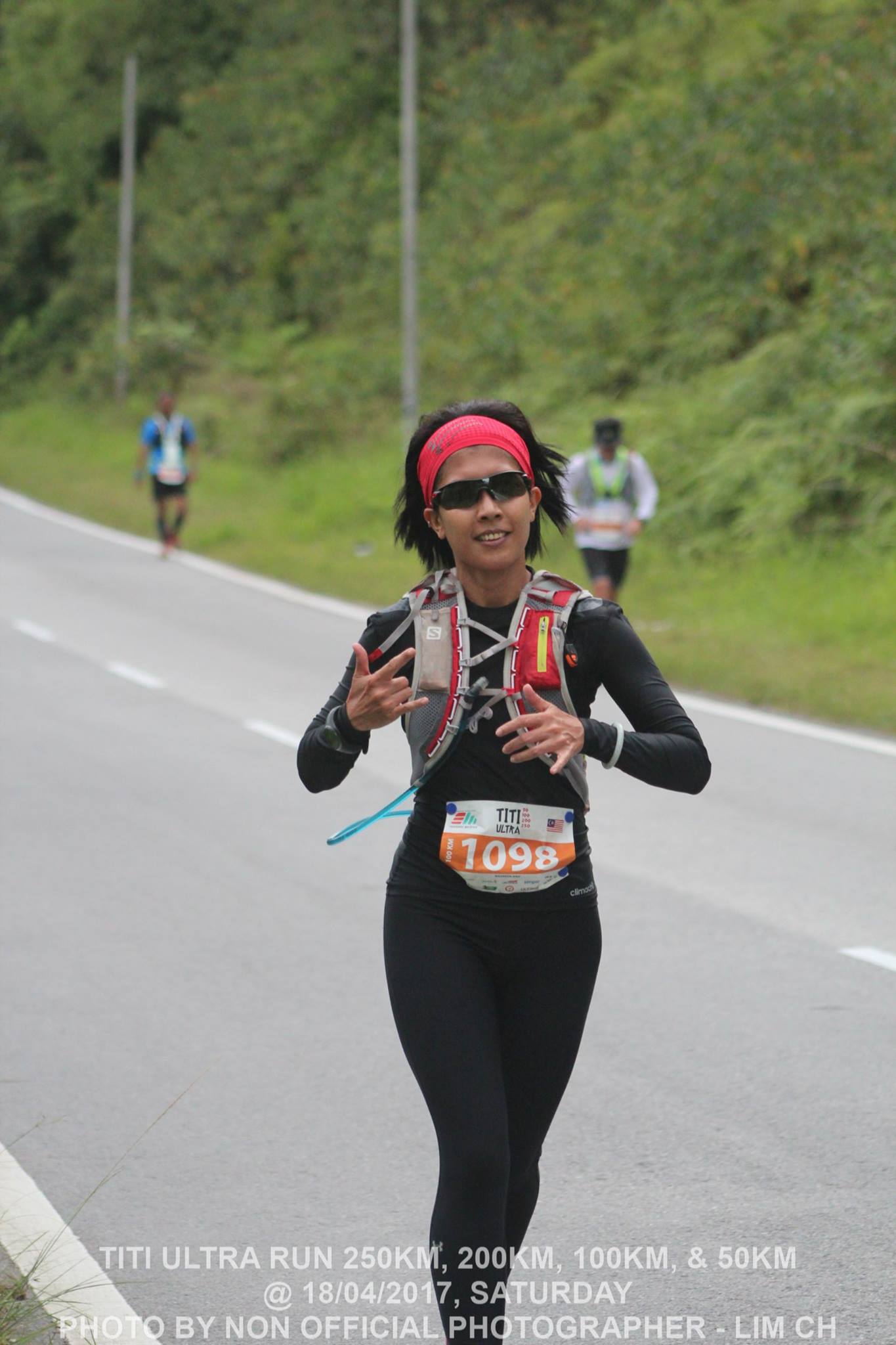 But there they were, feeling immensely proud that I didn’t give up and kept pushing until stopped by the officials for not meeting the COT.

There they were, feeling so relieved and glad that I was safe and (not-so) sound – with all organs and limbs still intact.

There they were, feeling I have achieved what I thought was impossible.

There they were, showering me with love and words of encouragement.

“I used to dream about escaping my ordinary life, but my life was never ordinary. I had simply failed to notice how extraordinary it was.” ― Ransom Riggs

I might be so hard on myself for my first DNF status, but I was made realised of the silver lining of the incident.

My first ever DNF was filled with unforgettable memories – some were captured on camera, while others were etched in my mind and heart. 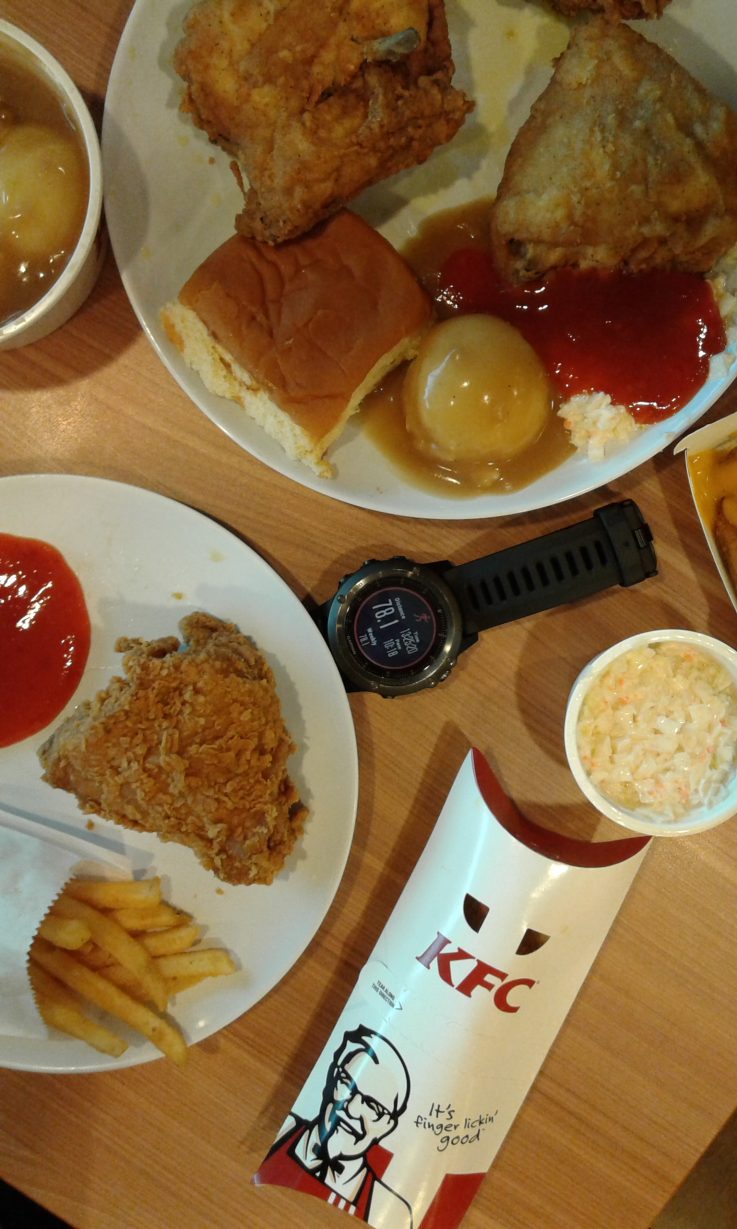 It was a bittersweet experience, made bitter by myself, and made sweet by others.

And the reward – was even gratifying, in the form of finger lick’ good stuff!

Thanks for the memories TITI ULTRA, I’ll see you next year!

Wonderful shout-out to fellow runners, friends met and made along the way, and hard-snapping photographers Rany Tan, AKU, WONG, Seven Chiam Hooi See Photography, MY Runners, CH Lim, and you, and you, and you-know-who-you-are!